HDR10+ Sets a New Standard for Picture Quality at IFA 2017

In today’s era of Ultra HD (UHD) TVs, the ultimate goal for those who innovate TV technologies is to achieve lifelike visuals that they seem to pop out of the display. Samsung Electronics’ IFA 2017 booth will feature exhibits that show a part of its efforts to reach this goal, demonstrating how HDR10+, the latest advancement in high dynamic range (HDR) technology, is setting a new standard for picture quality.

The royalty-free HDR10+ standard promotes vibrant and vivid visuals that bring us closer than ever to true-to-life images. Samsung’s recent announcement of partnerships with Panasonic and 20th Century Fox will expand the platform’s ecosystem of compatible technologies, eventually making such immersive visuals standard fare.

But how exactly does HDR10+ establish this new standard, and what will the technology’s advancement mean for content creators, device manufacturers, and the future of home entertainment? To answer those questions, let’s take a closer look at how Samsung optimized the platform to offer consumers a more advanced viewing experience.

HDR10+: The Next Step in HDR Technologies 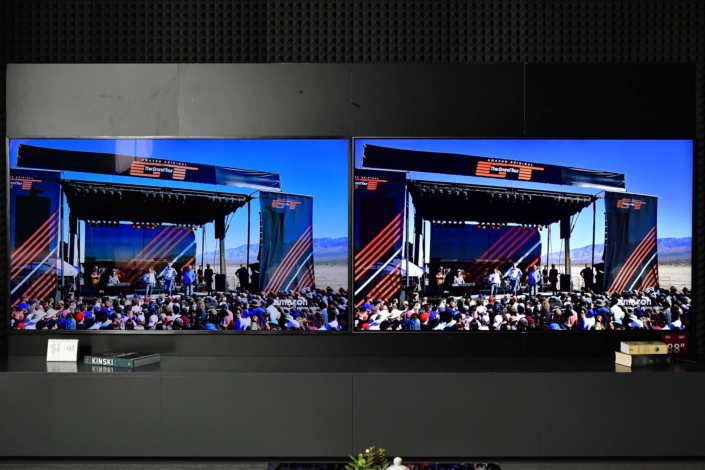 Since its introduction, the second major advancement in HDR technologies, HDR10, has been the standard throughout the industry. The technology is widely used and certified by the UHD Alliance – an association of Hollywood movie studios, content distributors, tech companies and device manufacturers that was formed to strengthen and grow the UHD ecosystem.

HDR10+, the latest and most advanced HDR technology, builds upon the strengths of previous HDR platforms to further enhance the viewing experience. HDR10+ better channels content’s intrinsic dynamic range (the ratio of light and darkness) to produce truer images that appear brighter and more colorful – and therefore more detailed and realistic than with conventional HDR on a wider array of displays. Whereas previous HDR10 iterations utilized static tone mapping, wherein color enhancement is uniform from scene to depicted scene, HDR10+ employs dynamic tone mapping to maximize each scene individually. The results are visuals that feature optimal colors, contrast and brightness, and create a viewing experience that allows you to see a show or film precisely as its producers intended. 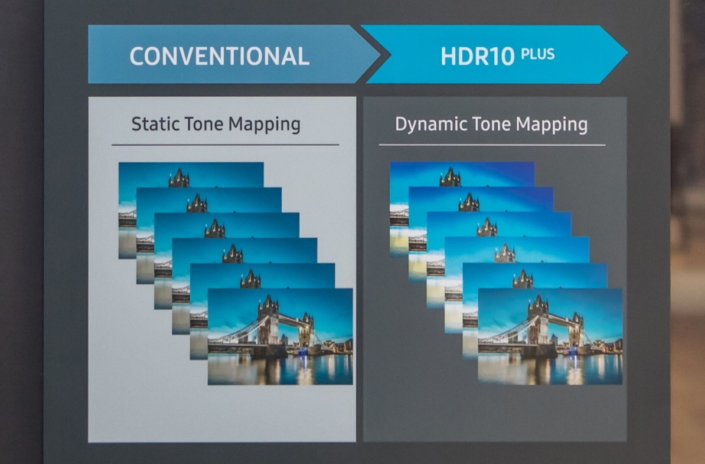 Raising the Bar for UHD with an Open HDR10+ Ecosystem

Samsung’s decision to introduce HDR10+ as an open-source, royalty-free platform, which anyone may utilize to create compatible devices and content, underlines a larger commitment to raising the bar for UHD video.

The fact that HDR10+ is open and royalty-free makes the technology an attractive option for a variety of partners – from movie studios and filmmakers, to TV and device manufacturers – and will ultimately hasten its adoption as the new standard with which to create innovative digital devices and dynamic content.

In addition to incorporating support for HDR10+ in its complete range of 2017 UHD TVs, including its new QLED TV line, Samsung is also actively working with some of the world’s leading producers of premium content to make HDR10+ the filmmaking standard. 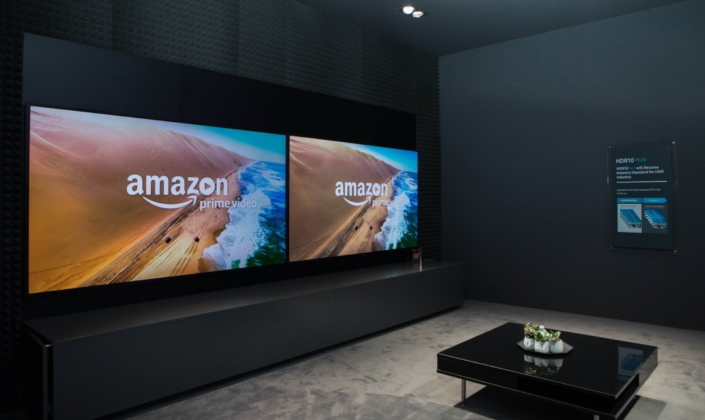 This past April, Amazon became Samsung’s first official HDR10+ content partner. Soon, the company will offer viewers around the world gripping HDR10+ content available to stream through its widely popular Prime Video service. Also, on September 1, the first day of IFA 2017, Samsung will host the QLED & HDR10+ Summit at Berlin’s Waldorf Astoria Hotel, where the company will lay out its plans to advance HDR10+ adoption throughout Europe.

By making HDR10+ technology widely available, and forging partnerships that will lead to more visually captivating content, Samsung hopes to make immersive, true-to-life home entertainment the new normal for consumers around the world.