At the recent workshop on Terahertz communications at the IEEE International Conference on Communications (ICC 2021), researchers from Samsung Research, Samsung Research America, and the University of California, Santa Barbara (UCSB) introduced the potential impact that THz could have on next-generation 6G technology, demonstrating an end-to-end 140GHz wireless link using a fully digital beamforming solution.

“Samsung has been at the forefront of technological innovation and standardization of 5G and 6G. As we shared in our 6G vision white paper last year, we believe new spectrum opportunities at the THz spectrum will become a driving force of 6G technology. This demonstration can be a major milestone in exploring the feasibility of using the THz spectrum for 6G wireless communications,” said Senior Vice President Sunghyun Choi, an IEEE Fellow and Head of the Advanced Communication Research Center at Samsung Research.

The THz band in­cludes an enormous amount of available spectrum, which will enable wideband channels with tens of GHz-wide bandwidth. This could potentially provide a means to meet the 6G requirement of terabits per second data rate. The peak data rate can be 50 times faster than 5G and the over-the-air latency could potentially be reduced to one-tenth. These improvements will enable 6G hyper-connectivity services and ultimate multimedia experience, such as extended reali­ty (XR), high-fidelity mobile hologram, etc. 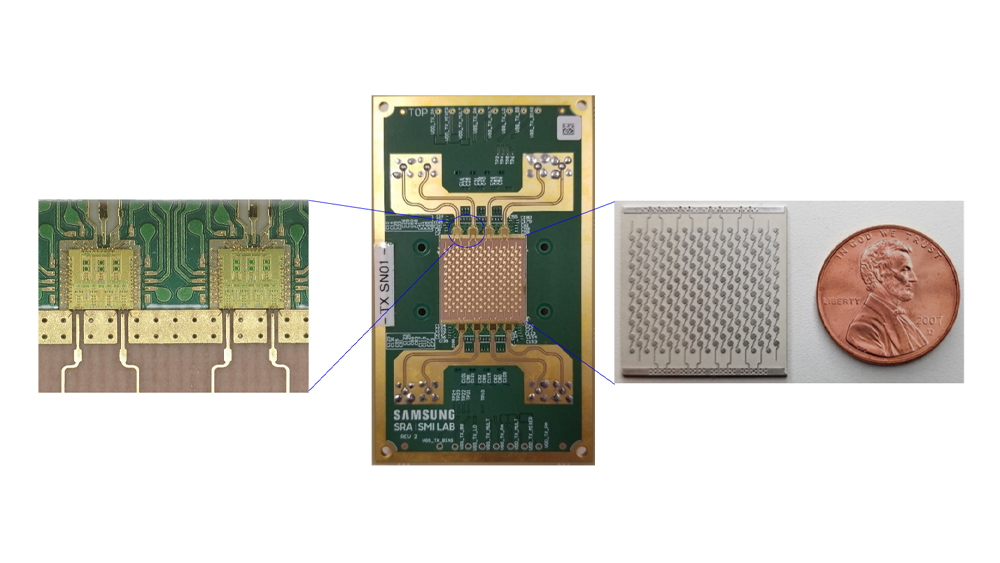 The end-to-end prototype system the researchers demonstrated consists of a 16-channel phased array transmitter and receiver modules, driven by CMOS (Complementary metal-oxide-semiconductor) RFICs (Radio Frequency Integrated Circuits), and a baseband unit to process signals with 2GHz bandwidth and fast adaptive beamforming. In the over-the-air test, the prototype system achieved real-time throughput of 6.2 Gbps over a 15-meter distance with adaptive beam steering capability at the Terahertz frequency.

Samsung and UCSB researchers have been working closely on the THz phased array module development, which is a key to the success of the test. The module requires sophisticated packaging technology to allow research test chips to be used in a large-scale array module. The precise digital beamforming calibration algorithm, developed by Samsung, enables these modules to achieve high beamforming gain. 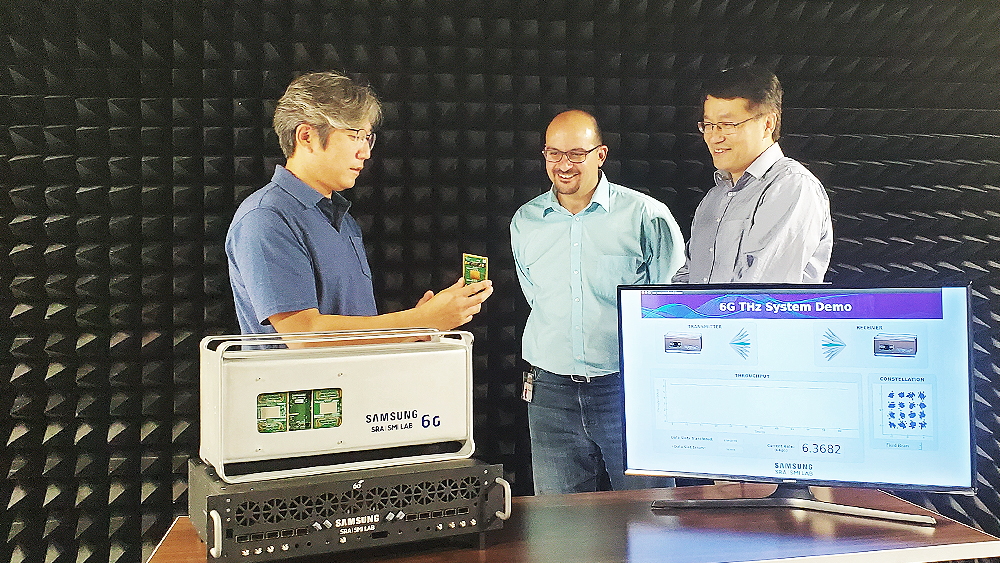 “Working together with UCSB, we have been able to overcome many technological challenges and develop this new THz proof-of-concept system to explore 6G use cases and deployment scenarios,” said Senior Vice President Charlie Zhang, an IEEE Fellow and Head of the Standards and Mobility Innovations Team at Samsung Research America. “Samsung and UCSB researchers will continue to push the technological boundaries to bring 6G and THz communication closer to reality.” 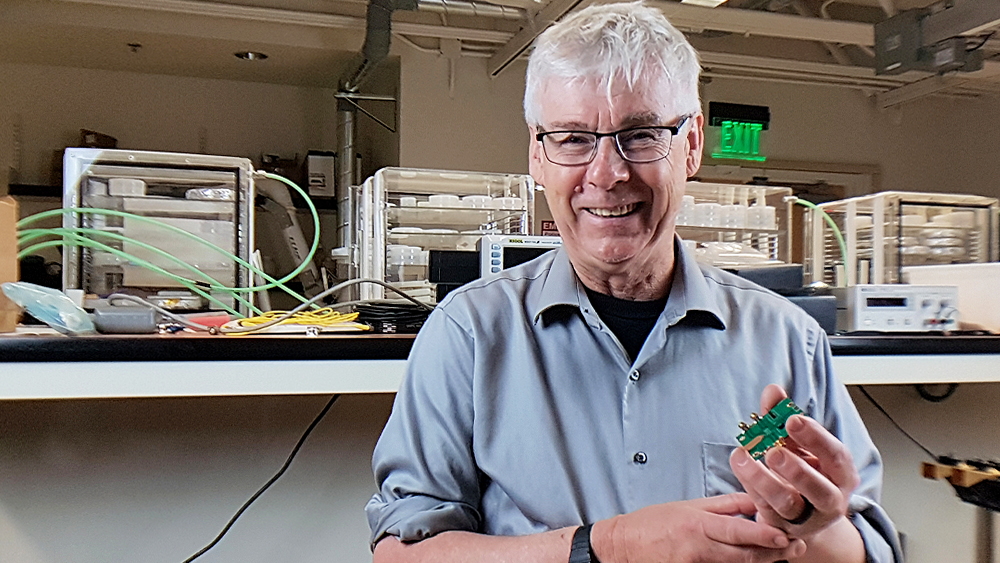 UCSB’s group, led by the Electrical and Computer Engineering professor Mark Rodwell, first developed the 140GHz transmitter and receiver RFIC in 2017, as part of a program sponsored by the National Science Foundation (NSF) in the U.S.

“We bring our knowledge of advanced mmWave technologies, in particular the THz spectrum above 100GHz, focusing on devices and integrated circuits, while Samsung provides its expertise in wireless systems and cellular networks,” said professor Mark Rodwell, an IEEE Fellow and winner of the IEEE Sarnoff Award and the IEEE Marconi Prize Paper Award.

Samsung released a white paper in July 2020 titled “The Next Hyper-Connected Experience for All” outlining the company’s 6G vision, which is to bring the next hyper-connected experience to every corner of life. To accelerate research for 6G, Samsung Research, the advanced R&D hub within Samsung Electronics’ end-product business, founded its Advanced Communications Research Center in May 2019.