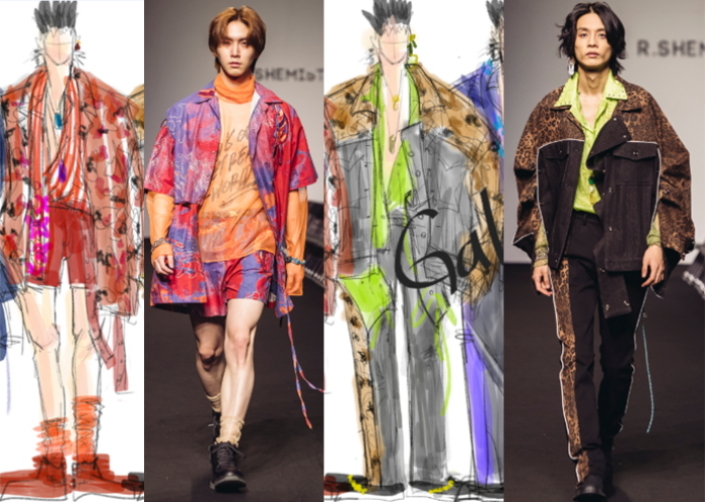 The sketches for the R.SHEMISTE Collection were drawn using Galaxy Note devices.

Sketching is one of the many steps – perhaps the most initial stage of it all – that a designer must go through when creating their own clothing. It’s the first step in visualizing their ideas. When drawing, most designers would pick up a piece of paper and a pencil. But these two people are slightly different and their tools of the trade aren’t everyday stationery. Jooho Lee and Jiyeon Won are creative director and designer for R.SHEMISTE, a Korea-based fashion brand that’s been attracting the fashion world’s attention for their bold colors and patterns.

What made these two start using the Galaxy Note9 for their designs? Read on to find out their answers at the R.SHEMISTE S/S 2019 Collection site.

Galaxy Note in the World of R.SHEMISTE 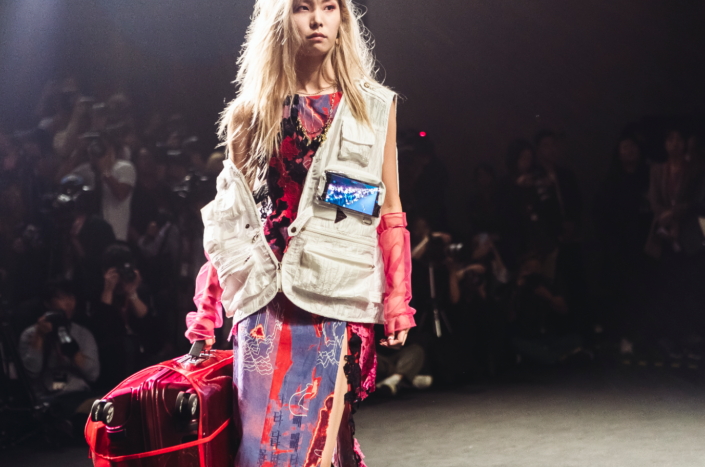 On October 16, the R.SHEMISTE S/S 2019 collection with a special collaboration with Samsung Galaxy Note was held at Seoul Dongdaemun Design Plaza (DDP), the fashion hub of Korea. Collaboration among fashion brands has been ongoing for many years. But the collaboration between fashion and IT industries is less typical, as it is not so usual to dissolve IT products into fashion.

With music that announced the start of the show, models on the runway appeared with bold, colorful clothes, bags and suitcases where Samsung’s Galaxy Note9 and Galaxy Tab S4 were part of their designs.

Designer Jiyeon Won said, “We interpreted the smartphone as a fashion item that we carry every day, not a mere mobile device. We wanted to present a way to carry the Galaxy Note9 stylishly with PVC material.”

Jooho Lee, the creative director, referred to the integration of Galaxy Note9 in the runway costumes as the ‘highlight’ of the show, stating, “The same exact clothes can be worn differently depending on which screen the user decides to turn on the smartphone display.”

Anytime and Anywhere – Inspiration from the Galaxy Note 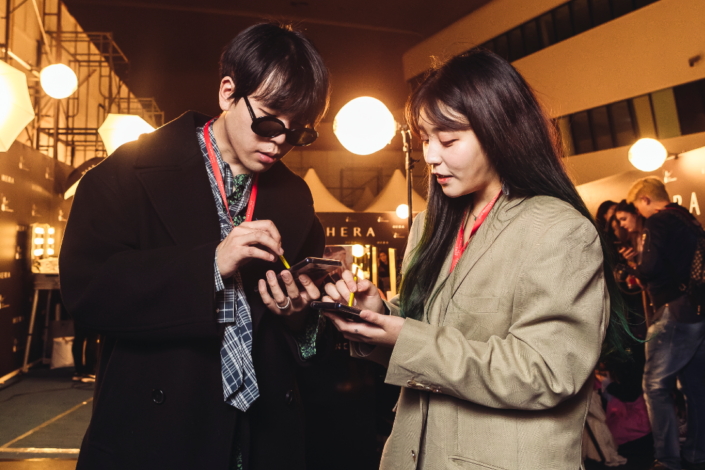 It was their drawing and designing experience with the Galaxy Note that helped them decide the collaboration with Samsung. When running R.SHEMISTE, Lee as a creative director decides the overall concept and designer Won actualizes the thoughts into a visual output.

“I used to borrow pieces of paper or even napkins at cafes to record any immediate ideas,” said Lee. “With the Galaxy Note, I can draw pictures anytime and anywhere and send them to others for their feedback.” With the Galaxy Note, Lee and Won exchange their ideas and share opinions with much convenience regardless of time or space. 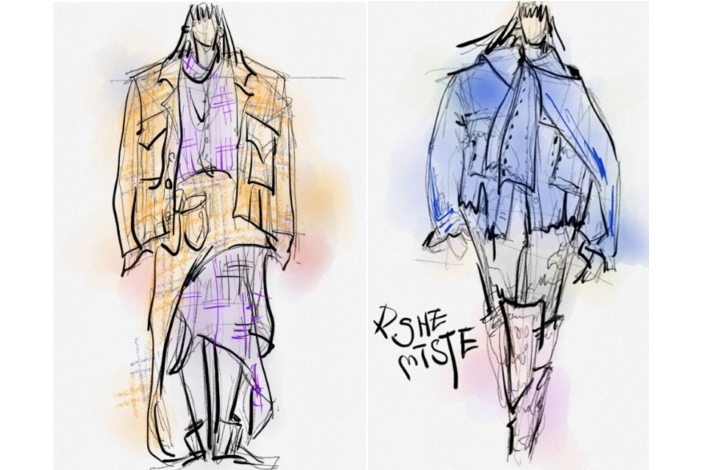 The sketches for the R.SHEMISTE Collection were drawn using Galaxy Note devices.

“Because fashion incorporates a wide spectrum of colors, texture and materials, there are limitations in expression when drawing by hand. Using a variety of color palettes and brushes featured in the S Pen makes it so much easier to visualize an idea onto a phone,” said designer Won. 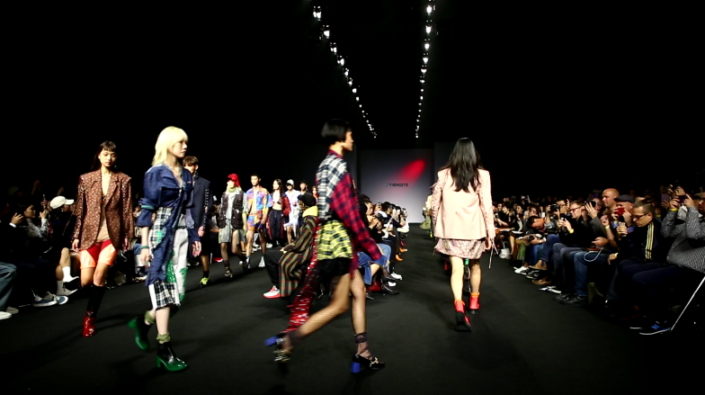 R.SHEMISTE seeks to create harmony by mixing things that do not match with one another. After having completed a successful collaboration between the fashion and IT industries, Jooho Lee and Jiyeon Won plan on creating another fashion that covers all aspects of today’s lifestyle.