The world’s largest skill championship has returned — and Samsung Electronics took its place as the Overall Event Presenter. The WorldSkills Competition 2022 Special Edition marked the 46th time the event has taken place and the fifth time Samsung has participated as an Overall Event Presenter. While the event was canceled last year due to the pandemic, this year, more than 1,000 competitors from 58 countries will participate in the competition, which will be held across 15 countries from September to November.

A History of WorldSkills Competition and Its Impact 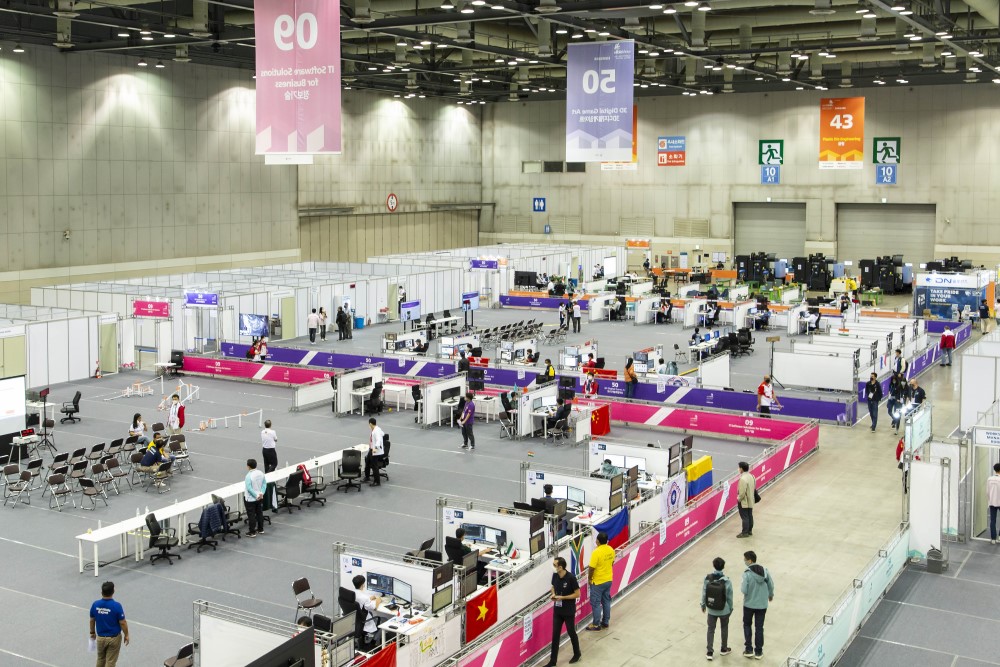 ▲ The WorldSkills Competition 2022, a competition featuring skilled technicians from around the world, was held from October 12 – 17 at KINTEX, Goyang. 133 competitors from 35 countries participated in a total of eight skills, including Information Technology (IT) and plastic die engineering.

The WorldSkills Competition began in 1950 as a place to share the latest technologies, exchange information and build relationships amongst the world’s skilled young talents. In pursuit of these goals, the WorldSkills Competition was held periodically in member countries to research, develop and further advance new training methods and vocational training systems amidst a rapidly changing industry.

As this industry evolves, so too does the WorldSkills Competition. Compared to 2007, 14 new skills have been added in the areas of advanced IT and convergence technology, such as Cloud Computing, Mobile Applications Development and Cyber Security. The number of member countries has also increased from 49 in 2007 to 85 in 2022.

How Samsung Sponsors the Next Generation of Innovators

At the heart of Samsung’s business philosophy is an emphasis on technology, an idea that manufacturing and skilled talents are the foundation of driving future growth. In line with this vision, Samsung has been cultivating countless talented young professionals by sponsoring the WorldSkills Competitions and the Korea National Skills Competitions for 16 years. 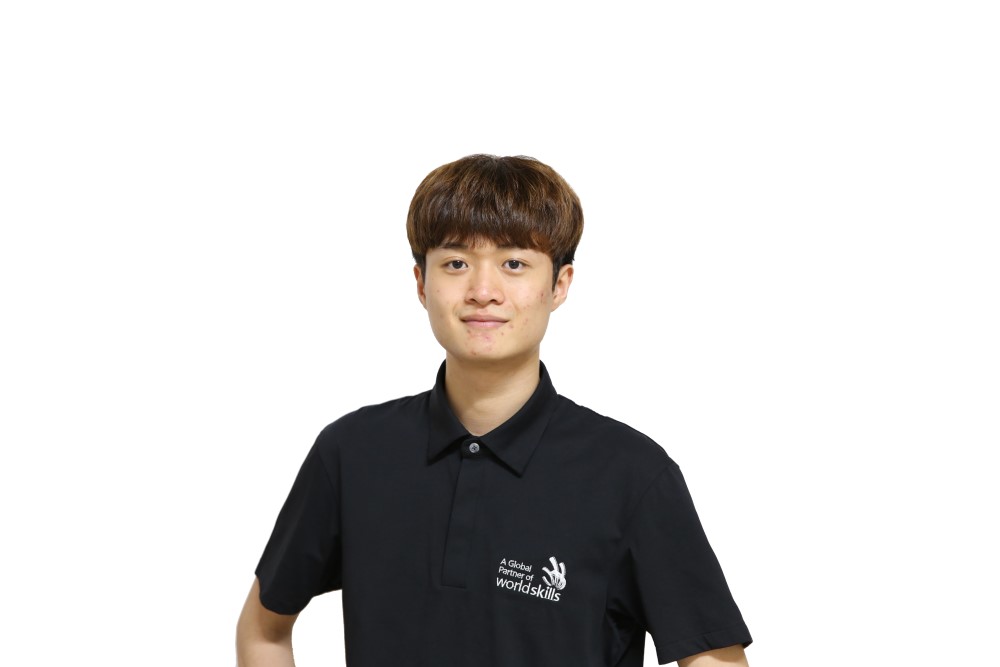 Samsung has a history of fostering WorldSkills Champions, frequently hiring skilled young professionals from the National Skills Competitions in Korea. Read more about the stories of Samsung employees who went above and beyond their achievements at the WorldSkills Competition and are now unleashing their skills in their fields. 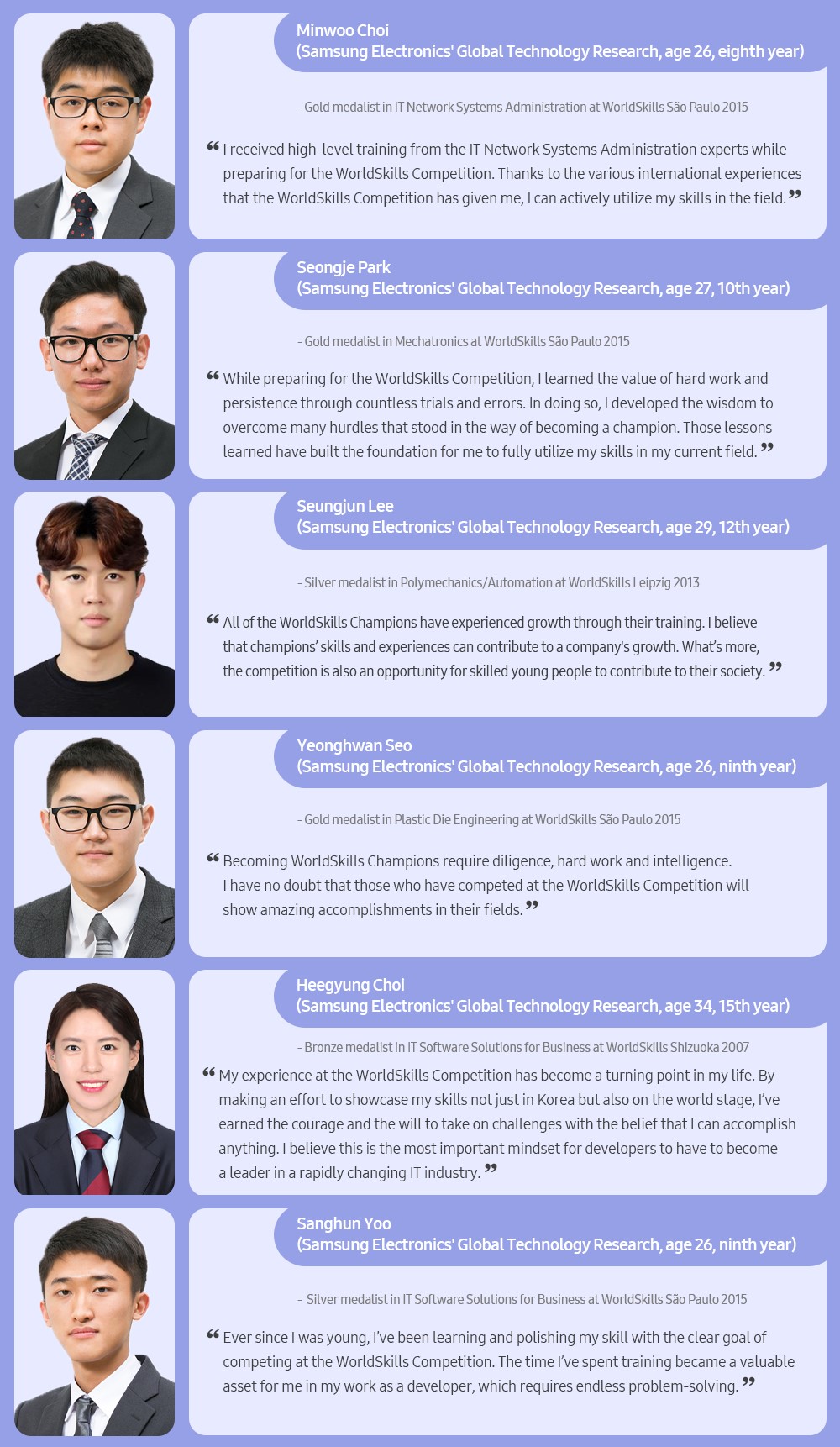