Samsung has always strived to inspire the world and drive innovation for the future, and the Samsung Global Innovation Center (GIC) has served as a key catalyst for these efforts ever since its inception in 2013. At the Consumer Electronics Show (CES) in January 2017, Samsung announced the rebrand of GIC as Samsung NEXT.

Samsung NEXT first began as a small operation with a mission to create breakout software and services and foster a startup culture at Samsung. Deeply rooted in startup ecosystems around the world, Samsung NEXT has evolved into a global organization of entrepreneurs, engineers, investors, strategists and business development leaders all working to realize its vision in close partnership with innovators everywhere. 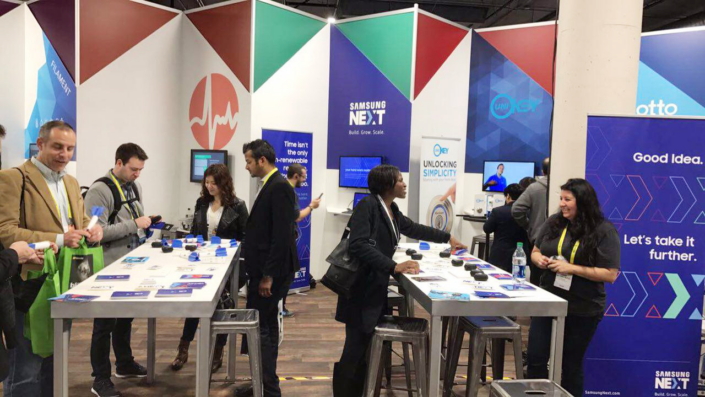 “Since we started, our focus has been on identifying talented entrepreneurs and accelerating their development into groundbreaking startups — whether in Silicon Valley, New York, Tel Aviv or beyond,” said David Eun, President of Samsung NEXT.  “In addition to capital and access to diverse expertise, we provide a proven pathway to Samsung’s global reach of consumer electronics, partners and vast resources. The best innovators deserve and will increasingly require this type of specialized support to create leading software and services now and in the future.”

Continuing its dedication to entrepreneurs and startups, Samsung NEXT will partner with tech innovators around the world and empower them with the tools and resources they need for accelerated business growth and success. In addition to funding and resources along with workspaces and domain expertise, Samsung NEXT’s support includes growth opportunities, mergers and acquisitions and partnerships to enrich consumer experiences across Samsung’s increasingly connected displays and devices. A Rebrand Focused on Clarity of Vision

Taking a key step in line with its vision, Samsung NEXT also announced at CES  the creation of the Samsung NEXT Fund, a $150 million venture capital investment fund, to increase Samsung’s global support of early stage startups pursuing advanced software and services innovation.

To coincide with the launch of the Fund, Samsung NEXT unveiled its rebrand – to simplify its identity and clarify its vision – with the release of a new logo and website.

“The new name resonates with our passion and dedication for partnering with tech innovators to take them to the NEXT level,” explained Sayo Martin, Head of Marketing at Samsung NEXT.  “The new logo—represented by an arrow (symbolizing innovation) moving forward through open gates (Samsung)—reflects our mission to turn great ideas into products, grow products into thriving businesses, and scale businesses that leverage and transform the Samsung ecosystem.” 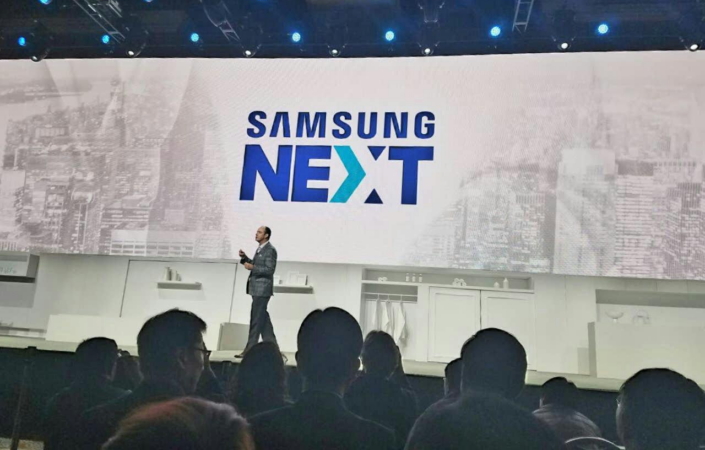 What’s Next for Samsung NEXT?

Samsung NEXT has completed over 50 investments, 15 of which are new investments made under the Samsung NEXT Fund. It will continue to expand in its support for tech innovators around the world across the areas of VR, Connected Cars/Autonomous Driving, Security, Artificial Intelligence, IoT, Mobile Commerce and other new frontier technologies.

“Leading tech entrepreneurs have a genuine passion for tackling complex problems with incredible speed and agility,” said Eun. “For Samsung to continue evolving and innovating, we believe integrating the best of startup culture into our cultural DNA is essential.”