[A Greener Galaxy] Smartphone Chargers That Put the Planet First

Today’s mobile devices may come in all shapes and sizes, but they have one crucial thing in common: they all need to charge.

Yes, as powerful as they’ve become, most mobile devices still require charging every day. To help prevent this daily ritual from becoming a drain on the planet, Samsung Electronics has spent the last few decades refining its charger technology to make the process as environmentally conscious as possible. This not only includes prioritising various power-saving technologies, but also minimising the use of potentially harmful substances in the manufacturing process.

Under the belief that small adjustments to our daily routines add up to big benefits for the environment, Samsung Electronics’ Mobile Communications Business constantly explores ways to make the world a greener place. Let’s take a look at how the team is reimagining smartphone charging technology. 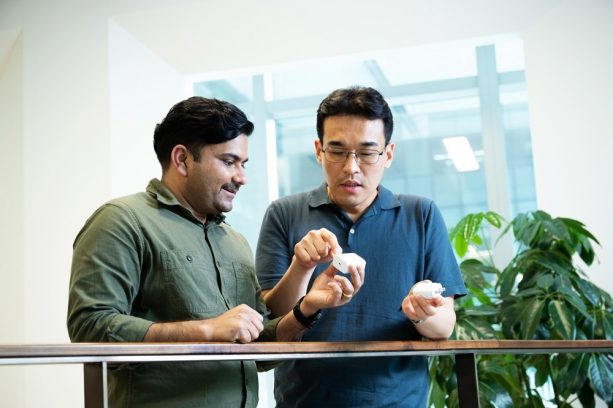 While many may think that once plugged-in, electronics and appliances are switched off and instantly stop consuming power, in truth, they simply enter standby mode in order to spring back into action as soon as they’re switched back on. 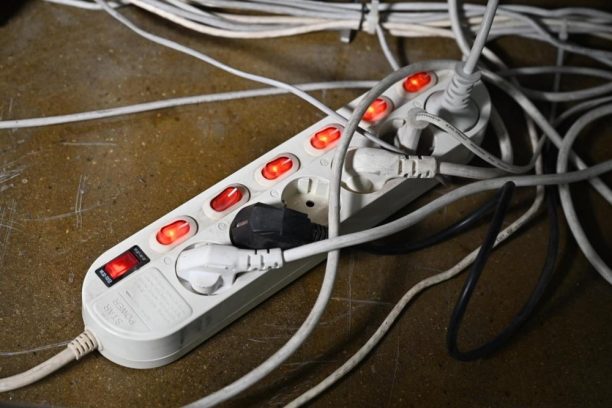 Standby power consumption is considered to be a major contributor to the pressing problem of power wastage. In an effort to address this issue, in 2012, Samsung successfully reduced the standby power consumption of its flagship Galaxy devices’ chargers to 20mW[1]. In the years since, the company has applied this environmentally conscious enhancement to the chargers of devices throughout its product range.[2]

“In order to supply a smartphone with power as soon as it’s connected, a charger must always be ‘running’” said Kang. “In the past, we simply kept the charger running without regulation. Now, we’ve packed software into the charger that puts it to sleep when a device is unplugged – reducing power consumption to a more environmentally conscious voltage level – and then wakes the charger up when a device is connected. It’s an energy-efficient cycle of sorts.”

Like standby power consumption, charging efficiency is a key determiner of just how environmentally-friendly a charging technology will be. Under perfect conditions, a charger would output 100 percent of the power it receives, achieving 100-percent energy efficiency. Galaxy smartphones’ chargers offer an energy efficiency rating of over 80 percent, which meets the European Union’s standard for Level VI ErP (Energy-Related Products) certification. 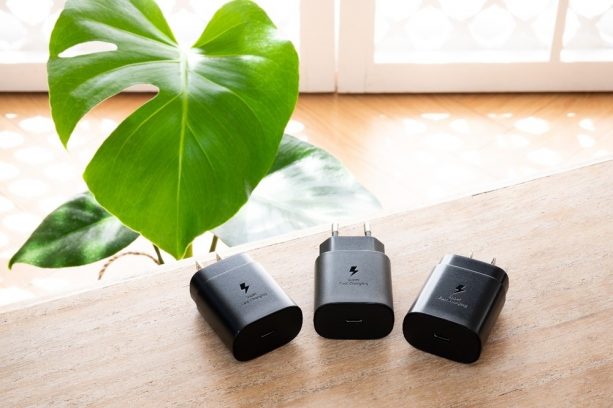 Samsung’s developers went to great lengths to enhance the energy efficiency of its chargers, analysing even the tiniest of components in an effort to maximise functionality. “We focused mainly on improving the circuits of the semiconductors that are used to convert energy,” said Kang. “In the end, we were able to reduce the cumulative electric charge by minimising energy loss.”

The process of ensuring a consistent level of energy efficiency was challenging, to say the least. “As mobile devices evolve and battery capacities increase, charger specifications have to increase as well,” Kang explained. “From 15 watts to 25, to 45 and beyond, higher specifications require greater functionality. This inevitably leads to a decrease in average energy efficiency. However, our commitment to designing the most efficient chargers possible enabled us to deliver a high level of efficiency alongside high specs.”

Today, the world has become so overwhelmed with plastic that the World Economic Forum (WEF) has predicted that the oceans will contain more plastic waste (by weight) than fish by the year 2050. To help tackle pollution and preserve the planet, Samsung has committed to making its innovations more sustainable, which includes maximising the amount of recycled materials that are used to produce its smartphones’ chargers.

Galaxy smartphone chargers are produced, in part, using environmentally conscious post-consumer materials (PCM).[4] Created by recycling the resources of previously owned products, PCM helps reduce the amount of potentially harmful substances that are created during the plastic production process. As of 2019, approximately 5,000 tonnes of PCM have been used to manufacture Galaxy smartphone chargers.

Samsung’s developers worked hard to ensure that adding PCM to charger designs wouldn’t compromise the overall quality of the final products. “Adding PCM can affect a product’s durability or performance,” said Pranveer Singh Rathore, a fellow engineer and colleague of Kang’s from Samsung’s Advanced CMF Lab. “However, after numerous attempts, we managed to make our designs both aesthetically pleasing and satisfyingly durable, while preserving the intrinsic properties of the substance.”

Because they directly receive electric currents, chargers are sensitive to heat, and must therefore be adequately flame retardant. As Rathore explained, “Prioritising recycled materials and satisfying strict flame-retardancy standards at the same time was quite a challenge. However, by collaborating with various divisions and departments, we were able to come up with a method to increase the product’s quality and prevent the physical properties of the material from deteriorating.” 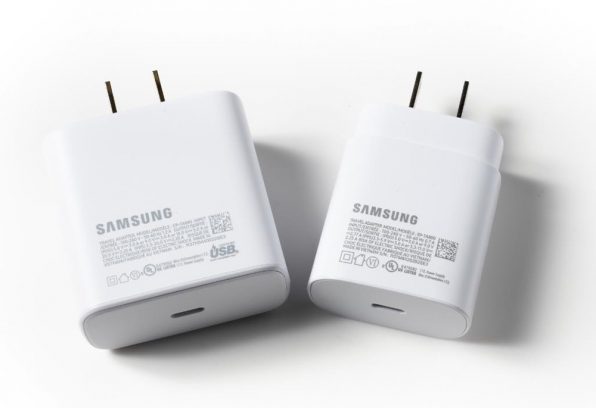 To learn more about our approach to sustainability, visit 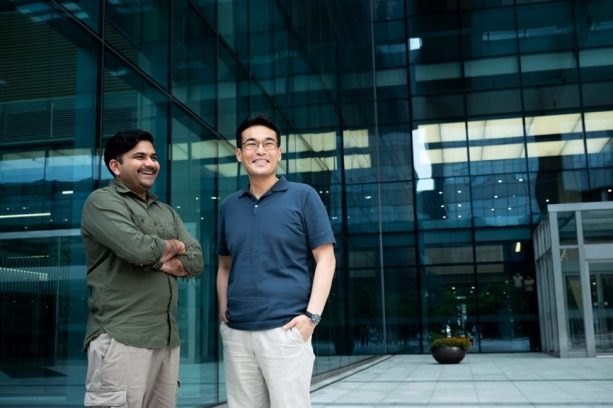 [1] Based on 15W and 25W Galaxy smartphone chargers

[2] Availability of 20mW chargers may vary depending on markets’ national energy standards and policies.

[3] The 540 million 15W and 25W Galaxy smartphone chargers sold from 2014 to 2019 saved approximately 350 million kilowatt hours (kWh) of energy (compared to the 100mW Level VI standard of Europe’s ErP and the United States’ Department of Energy), which is equivalent to the combined energy output of 4.5 hydroelectric power plants (13 million kWh-class ).

[4] Galaxy smartphone chargers are currently manufactured using an average of approximately 20% PCM. Samsung continues to explore ways to increase its devices’ use of recycled materials.