Findings revealed ahead of an exciting summer of sport, with the British Grand Prix/ Wimbledon clash on TV this weekend

Nearly a third of live sports fans have previously set up three screens at the same time when there’s a big clash on TV, so that they can follow their favourite sports simultaneously

Samsung partners with former British number one, Johanna Konta, to promote the benefits of Samsung Multi View – an innovative feature where users can split their TV screen and watch two different programmes at the same time 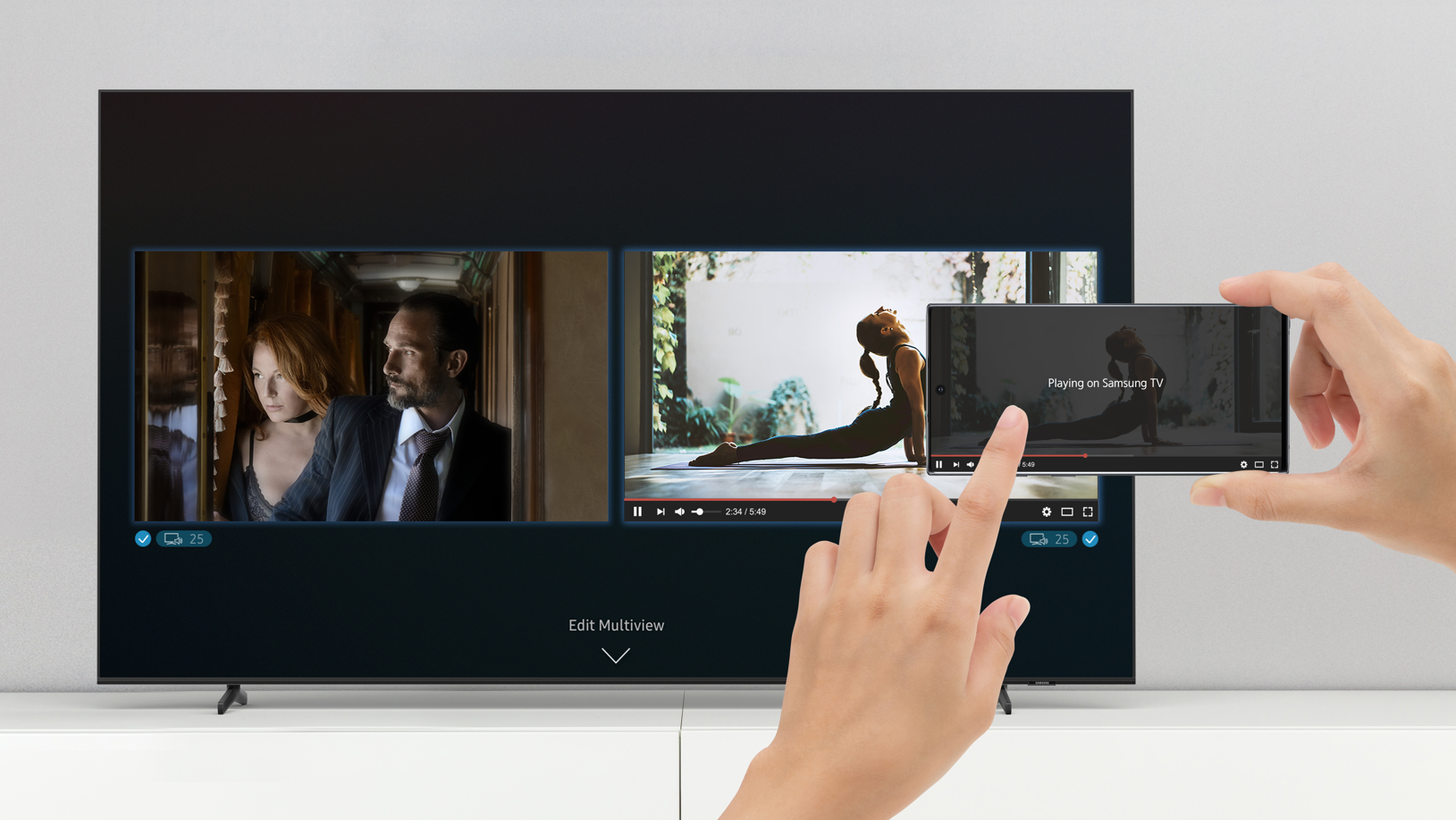 LONDON, UK – 29th June 2022 – New research from Samsung Electronics Co., Ltd. has revealed the impact that programme and live sporting clashes on the TV[1] has on household dynamics, with two in five (40%) stating they have argued with family or friends on who gets to watch their favourite sport on the main TV.

The study also revealed that TV and sport fans have even missed major events such as weddings (25%), a friend or family’s birthday (26%) or a child’s dance recital (24%) just so that they can watch their favourite show or sport they love on the TV.

The poll found that deciding which live sporting event or programme to watch live in the home is a common dilemma, with over half (52%) stating they have experienced this issue several times.

In order to overcome these clashes on the TV, sporting fans have gone to numerous lengths to watch their favourite live sporting events, including watching across multiple devices at once (57%), listening to one sport on the radio and watching the other on TV (51%), and using a multi-screen set up (32%). Nearly a third of passionate fans (31%) have also had three different screens on the go so that can follow all live sport on the box.

Wimbledon (33%), the start of the new Premier League season (33%) and the British Grand Prix (25%) were voted as some of the major sporting events that the nation is looking forward to watching live on the TV this summer. With some of these events taking place on at the same time, two thirds (66%) are planning to put separate screens in the same room in the house for people to watch any sporting events clashing on the TV.

Dan Hastings, VP, TV/AV, Samsung Electronics commented: “The next few weeks is set to be an exciting summer of sport, with events such as Wimbledon, British Grand Prix and new domestic football season once again featuring on our screens. Our research revealed that households across the UK regularly face a predicament on which programme or live sport to follow due to clashes in the broadcasting schedule. Some have even gone to the lengths of setting up three screens at the same time, just so they can follow all the live sport being shown simultaneously!”

Johanna Konta, former tennis British number one and Wimbledon semi-finalist commented: “As a huge sports fan, I never want to miss a second of the action when I’m tuning in from home, whether that’s a match point on court, or the first corner on the track. Samsung have finally fixed this issue once and for all with their amazing Multi View feature, which means sports fans will never have to miss any of the action again thanks to the ability to show both events on the same screen at the same time. This really is a game changer and will be essential during this busy summer of sport.”

Multi View is already a popular feature amongst individuals across the UK, with over one in three (34%) stating that this has improved their viewing experience.

Samsung’s new premium TV range – including Samsung Neo QLED TVs – features Multi View and with this, users can play their mobile content alongside the TV programme, all at once on the same screen. Individuals can simply cast their screen to the TV with screen mirroring to split the big TV screen[2] so that they can keep an eye on one sport whilst following another at the same time.