Cara Delevingne and Samsung Partner to Send Selfie into Space

London, UK – 16th October 2019 – Samsung Electronics Co. Ltd announced today a bold, out-of-this world mission as it launches the Galaxy S10 5G into the stratosphere to give consumers the chance to get their face in space. They will be in good company, as actress, model and philanthropist Cara Delevingne has been announced as the face of Samsung’s ‘SpaceSelfie’ mission. 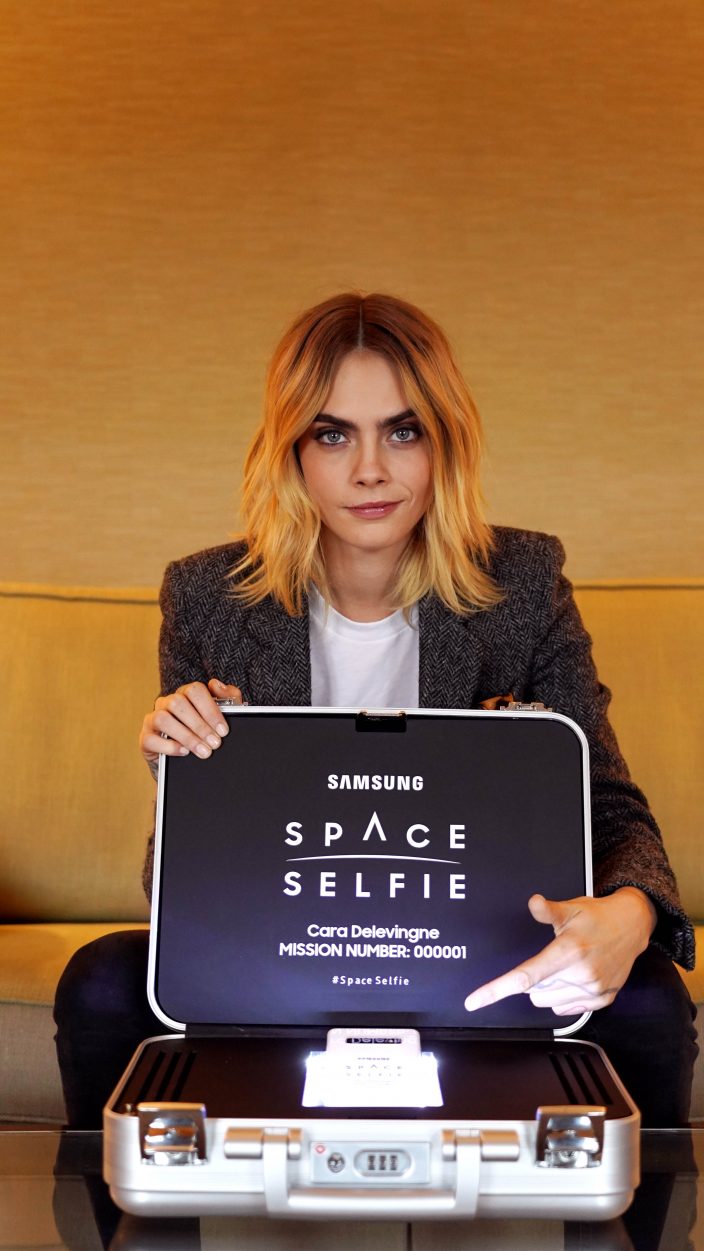 Cara announced the campaign on her Instagram in a behind-the-scenes reveal of her mission, with the help of an unexpected visitor – Samsung’s SpaceSelfie astronaut. The astronaut delivered Cara a Galaxy S10 5G on which to capture Samsung’s first SpaceSelfie, which will be unveiled during a star-studded event at the newly-opened Samsung KX experience space on 23rd October.

Samsung’s latest out-of-this-world technological feat will see a S10 5G lifted 65,000 feet above the earth using a super-pressure helium balloon. Consumers will have the chance to get their very own SpaceSelfie by uploading a photo to Samsung’s ‘Mission Control’ website: www.samsung.com/spaceselfie.[1]

Winning images will be displayed on the S10 5G’s 6.7-inch Dynamic AMOLED screen and captured using a unique view of planet earth as the backdrop. This photo will be sent back down to earth for its owner to share on social media.

With SpaceSelfie, Samsung is demonstrating the pioneering spirit of the brand and setting a new standard for the potential of mobile technology. With over 200 hours at 65,000 feet, the S10 5G will showcase the strength of Samsung’s innovation and how it continues to design products that make what was previously thought impossible, possible.

Delevingne is also passionate about breaking boundaries and sharing an honest account of both her professional and personal life with followers. She is the perfect person to be Samsung’s SpaceSelfie pioneer, inspiring others to get involved in this new era of space and social media exploration.

Cara Delevingne said: “I love the idea of space travel and can’t wait to lead Samsung’s SpaceSelfie mission. I’m already planning how I make this my most epic selfie ever and I’m looking forward to seeing how my fans interpret the challenge to get their face in space.”

How the Samsung SpaceSelfie mission will work

A super-pressure High Altitude Balloon half the size of a basketball court (10.5m x 18m) will ascend from a launch pad in South Dakota in the U.S., carrying a bespoke payload box in which the S10 5G is held, to reach up to 65,000 ft.

The payload has been designed to ensure the best quality photos are captured by factoring in the earth’s curvature and reflective light from the sun, whose solar energy powers both the payload and the S10 5G itself.

Back on earth, consumers are in with a chance to receive a photo of their face in space by taking a selfie using their own smartphone and uploading it to the Mission Control website.

Two bespoke apps were developed to facilitate SpaceSelfie. The first is a ground control app, specifically created to send and receive selfies between Mission Control and the payload.

The second is an app designed for the S10 5G that communicates with the still camera on the rig, commanding it to take the photo of a selfie displayed on the S10 5G’s screen. The S10 app then tells the ground app to send the image back to earth and from there it is delivered to the consumer to share across their social media channels. 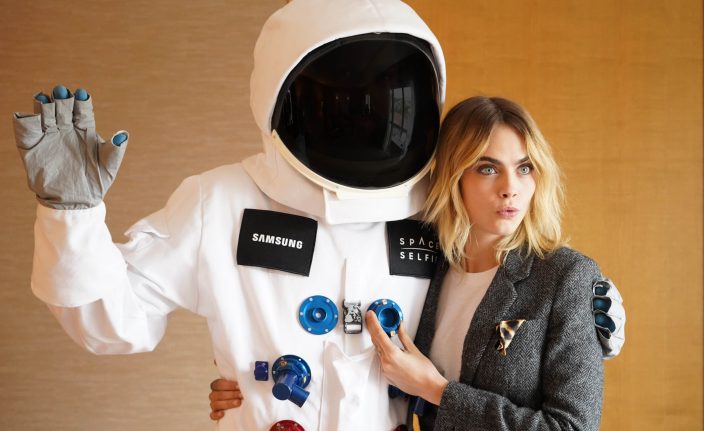 Preparing the S10 5G for flight

With the S10 5G, Samsung has created a phone so durable it can withstand the hostile conditions and pressure found at 65,000 feet above the earth, without insulation or casing.

The S10 5G was subjected to rigorous pre-launch testing and was able to withstand temperatures of up to -65°C. With a 6.7 inch Dynamic AMOLED display, the S10 5G’s screen has been tested to ensure it will not crack or get condensation at high altitudes.

Back in 2014, Samsung partnered with Ellen DeGeneres at the Oscars to capture one of the most famous selfies ever. In 2019, it is setting a new standard of what is possible for mobile technology by giving the selfie generation access to the ultimate out of this world shot.

“To celebrate that amazing things happen on Samsung screens we decided to take selfies to a new level and give people a chance to get their face in space,” says Benjamin Braun, Chief Marketing Officer, Samsung Europe. “We are constantly pushing the boundaries of what is possible and with SpaceSelfie, we will show that amazing things continue to happen using Samsung technology – even from the edge of space.” 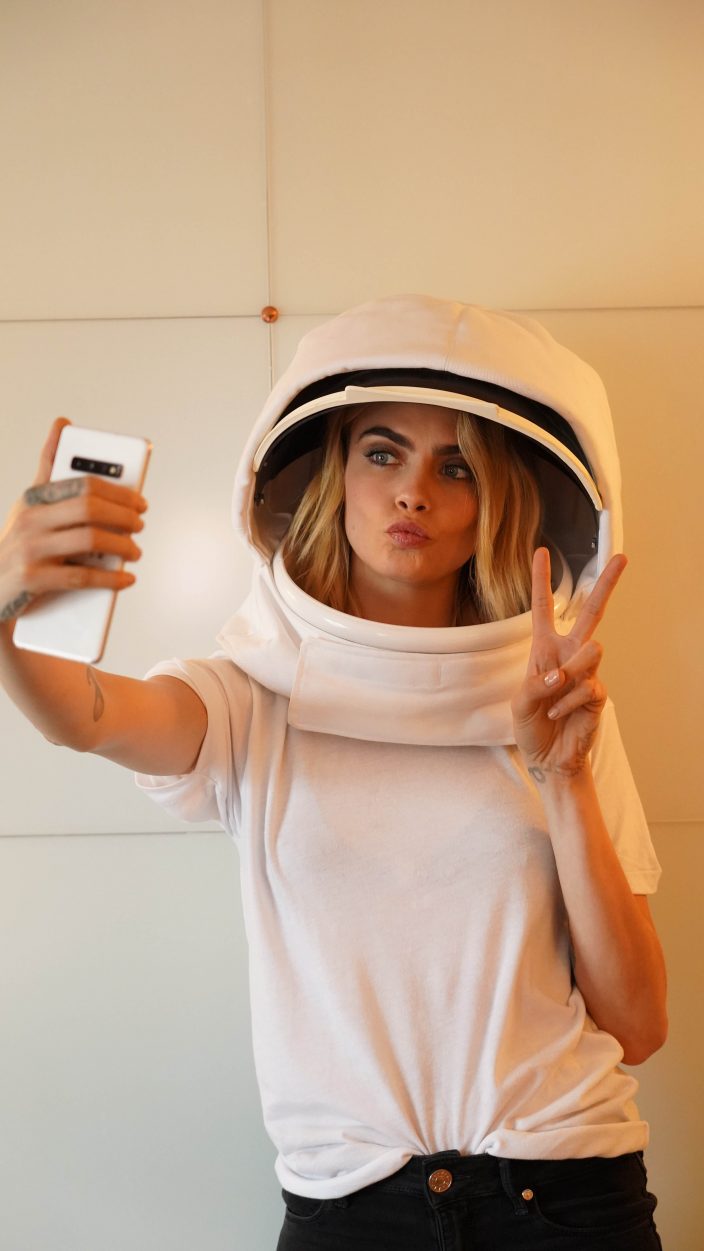 [1] Samsung Electronics (UK) Limited. UK and ROI residents aged 16+. Participants must enter between 16.10.19 and 31.10.19 for a chance to win. There are up to 65,000 space selfies (Prizes) to be won across a number of promotions being offered by Samsung companies globally. Prizes offered on a first come, first served and random basis during different phases of the promotion. See https://samsung-spaceselfie.com/gb/en/terms for further information and T&Cs.