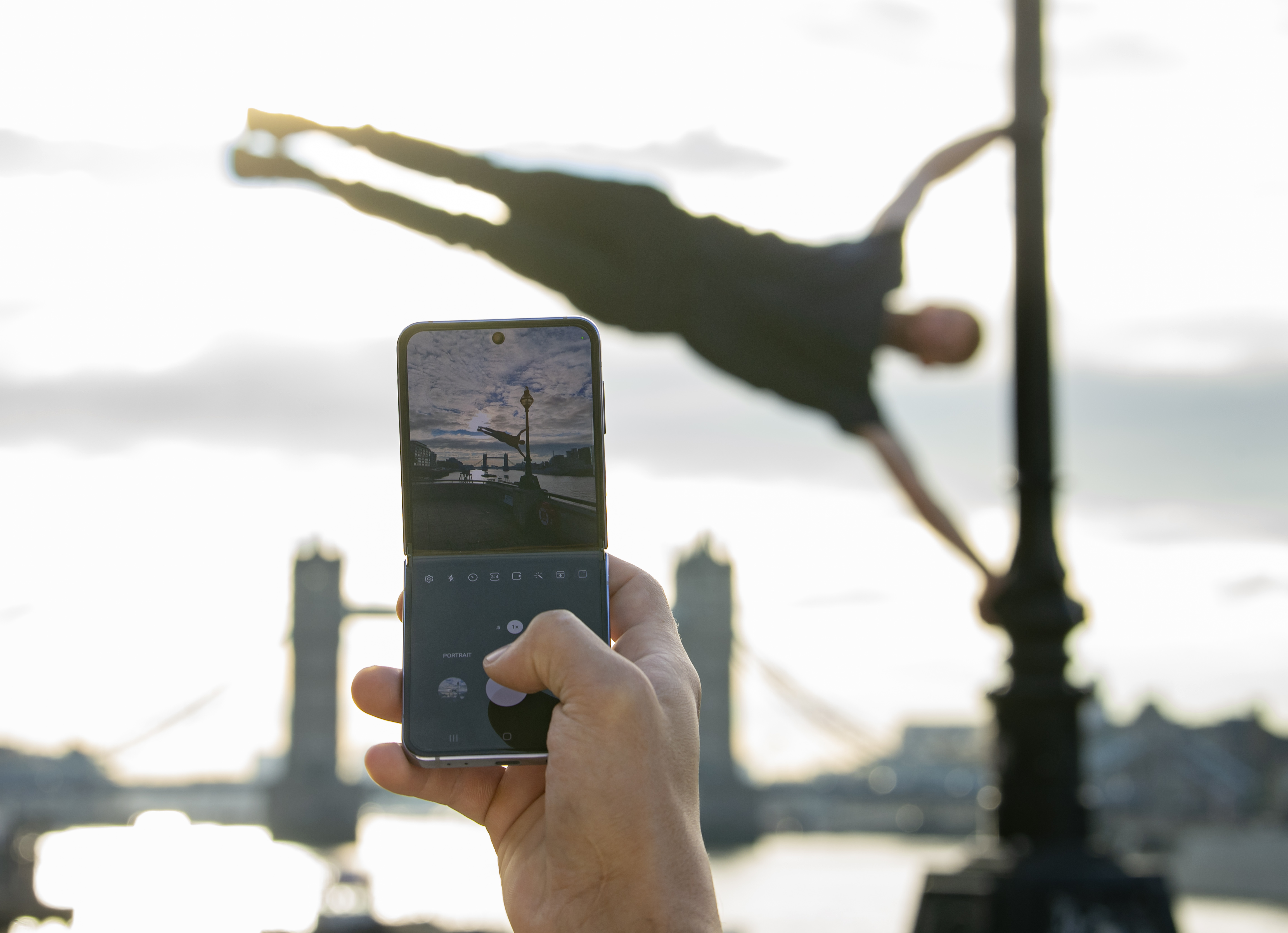 Professional parkour athlete Toby Segar demonstrates his freerunning skills in front of Tower Bridge as part of a campaign for Samsung to showcase the versatility of the new Galaxy Z Flip4. In a series of content released as part of the partnership, Toby can be seen using the Z Flip4’s FlexCam to capture video and photography content hands-free.

The athlete can be seen flipping to the backdrop of iconic London locations including Tower Bridge, St Paul’s Cathedral and The Shard.

In a new campaign for Samsung UK, Segar – a member of professional parkour group STORROR, showcases the versatility of the new Samsung Galaxy Z Flip4 as the perfect device to capture dynamic freerunning content.

In a series of content released as part of the collaboration, Toby can be seen using the Galaxy Z Flip4’s FlexCam to capture video and photography content hands-free.

The 28-year-old Ninja Warrior finalist and his STORROR teammates have amassed over 7.5 million subscribers to their YouTube channel with their extreme content racking up more than one billion views since the channel launched.

The team have also worked on Hollywood movies including ‘6 Underground’ – the 2019 action film directed by Michael Bay and starring Ryan Reynolds and Dave Franco. During filming, the group were given the freedom to instruct experienced cameramen as they saw fit, while also serving as actors’ stunt doubles.

Toby Segar said: “Filmmaking is a huge part of my life as we’re always capturing content on the go. The Samsung Galaxy Z Flip4 comes in super handy when I’m training on my own and I just want to set the camera down and get some shots. Being able to see what I’m framing on the front screen is game changing.”

The Samsung Galaxy Z Flip4 allows you to explore new angles with FlexCam. Simply launch in the improved Flex mode and capture hands-free and worry-free, as content is optimised for direct upload to social media.

In a hurry? Quick shot lets you capture without even having to open your smartphone – capture and go with the Cover Screen in photo, portrait and video modes.