Samsung Electronics today announced the appointment of Conor Pierce as Corporate Vice President, Samsung UK & Ireland. Conor joined the business back in 2015 as Vice President of Mobile & IT, having been the UK and Ireland Vice President at Nokia immediately prior to that. During his tenure, he helped propel Samsung’s mobile division to new heights despite increasing headwinds in the UK mobile market. Leading a team of 250 people at this time of huge transformation for the industry, Conor’s experience executing turnaround strategies for businesses across multiple geographies firmly contributed to Samsung’s continuous sales growth and profitability in the UK. 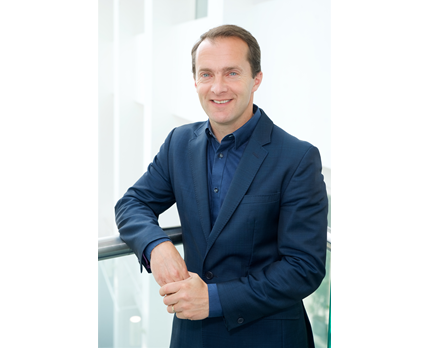 Speaking of his promotion, Conor said: “I am honoured by this recognition and proud to lead a team whose performance has been outstanding in what is a very challenging market. I am thrilled to lead them into 2019, in what should be an incredible year for Samsung.”

This move comes as Samsung celebrates the diversity of its workforce and leadership team around the globe. In total, Samsung has promoted 158 executives globally, including 13 executive vice presidents, 35 senior vice presidents and 95 vice presidents. Conor’s is the only promotion to Corporate Vice President in the IM business globally, highlighting the importance of the UK & Ireland market to Samsung Electronics. These new appointments will lead Samsung into a new era of technological innovation as well as address the increasingly complex demands of the connected world. This next generation leadership team will help ensure Samsung remains on its growth trajectory.