Less than a quarter of people (24%) regularly adjust the amount of laundry detergent they use based on the weight of a wash – costing energy and money! 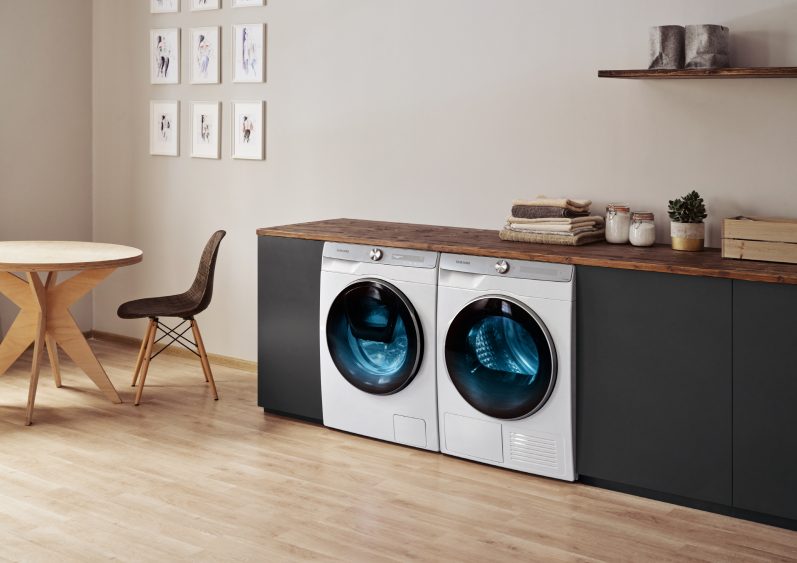 London, UK – 20th November 2020 – New research released by Samsung Electronics UK Ltd. has revealed that Brits are bamboozled when it comes to their laundry detergent. The survey found that 58% of people are confused about how much to use and only 24% of people regularly adjust the amount of detergent they dispense based on the weight of their wash load.

The poll of 2,000 UK adults also revealed that while two thirds of Brits (66%) use a liquid or powder detergent, over half are unsure about what quantity they should be using, while 87% admit that they tend to guess how much to use. Clearly, dosing is a real concern, as 66% of those who use capsules, do so because it saves them from deciphering how much detergent they need to dispense.

But what’s the problem with using too much or too little laundry detergent?

Firstly, expense. Brits believe they are spending an average of £78.31 a year on laundry detergent -and while only 14% think they are spending more than they need to, this is actually nearly double what the average household should be spending[1]. Guesstimating then, is clearly not the most economical way of monitoring detergent volume and more than a third (35%) of those surveyed did agree that they think they use too much detergent. The amount should be calculated in proportion to the weight of the wash, however less than a quarter of Brits say they regularly do this. This means that many are likely to be throwing their money down the plughole.

Damage is also an unwelcome side effect of using too much detergent – to our clothes, our washing machine and our skin! Almost half of people surveyed (49%) believe it can damage their washing machine, while 19% of people said over-dosing detergent has damaged and stained their clothing in the past. Most concerning though, is the 72% of people who believe that too much detergent can be detrimental to skin, with many citing it as the cause of unwelcome reactions such as itching and rashes.

“We’ve always known that consumers find detergent dosing confusing, causing them to default to easy alternatives like capsules or just guessing how much to dispense; but there are environmental and economic impacts of doing so,” explains Ruth Storey, Head of Marketing, Home Appliances, Samsung Electronics UK Ltd.

“We’ve listened to customers’ feedback and are proud to have developed an Auto Dose feature which uses sensors to determine the weight of the wash load which in turn adjusts the time, detergent volume and water usage automatically. By taking a load of people’s minds, we can help consumers save time and money on their domestic responsibilities.”

Samsung’s top of the line Washing Machines (WW9800 series) and Washer Dryers (WD9800 series) also have the Auto Optimal Wash feature which is intelligent enough to assess the level of soil within the load. For heavy soiling, it can automatically add more detergent towards the end of the wash cycle, if necessary, adjusting the wash time accordingly in the process.

[1] Cost per wash based on the average price of six brands/own brand pods, liquid and powder detergent in Tesco as of September 2020, including mix promo/off promo pricing.  Usage based on 284 cycles per year, source Energy Saving Trust.