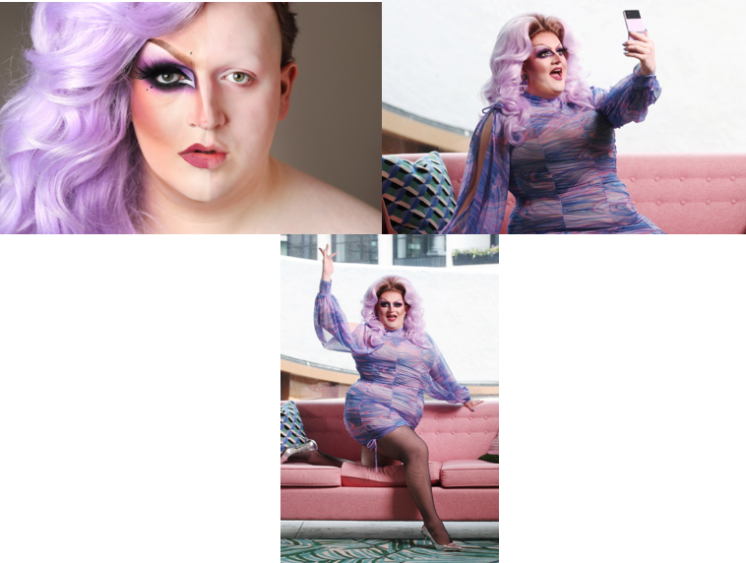 Tuesday 7th September, London – Samsung Electronics Co., Ltd – Lawrence Chaney is the star of a new online series titled ‘Lawrence Chaney: Unfolded’, which sees the iconic Drag Queen taking a deep dive into her life on and off the stage as she uncovers how she manages such a busy work life.

The three-part show features the reigning Queen of UK’s Drag Race discussing why mastering the art of multitasking is as difficult as learning how-to walk in heels as she reveals the Lawrence Chaney vs Lawrence Maidment side to her personality.

The online series, commissioned by Samsung KX, sees Lawrence flip between Lawrence Chaney and Lawrence Maidment as she explores her life both in and out of drag.

“Being a drag queen requires a lot of multitasking. So, if I could do my part with Samsung KX to help people follow in my footsteps and get themselves into multitasking mode, then we’ve done some good.”

In episode one, Lawrence Chaney, and Lawrence Maidment, sit down together to discuss their differences and how living two busy lives as two separate people in one body makes them the best to teach us on juggling our newfound personalities.

The series continues with tips and tricks from the comedy queen on how to identify, implement and master the art of multitasking into your everyday life.

Her top five tips are:

Staying organised can be a drag, which is why Samsung KX aims to simplify this for the average user through the Digital DNA Test, a new experience that gives visitors to the space the chance to identify their multitude of digital personas, supported by the new Samsung Galaxy Z Flip3 and Z Fold3 handsets – the perfect devices for busy multi-taskers.

The series was created following new research which Brits can deploy up to nine different personalities over the course of a day.

The research reveals that 92% of Brits adults admit that they switch between numerous personalities over the course of a day depending on whether they are working, socialising, posting on social media or spending time with their family.

Ashrita Seshadri, Head of Marketing for Samsung KX said: “From working from home to home schooling, over the past year we have had a lot to juggle in our daily lives. The new Digital DNA test at Samsung KX is the perfect opportunity for visitors to learn about themselves and how the new Galaxy Z Flip3 and Z Fold3 handsets can help finesse and manage their busy schedules.”

The Digital DNA Test at Samsung KX is open to members of the public free of charge.

The new Samsung Galaxy Z Fold3 and Z Flip3 phones are available now on Samsung.com and all major retailers. For added convenience, guests can also take advantage of the Click & Collect service, exclusive to Samsung KX, plus be rewarded for their purchases with KXtras.

For more information and to watch ‘Lawrence Chaney: Unfolded’ visit