Rugged Technology Plays Pivotal Role in the Future of Business

New research by Samsung looks at the benefits of rugged technology in businesses, revealing that nine out of ten employees would like their company to invest in more devices in the future 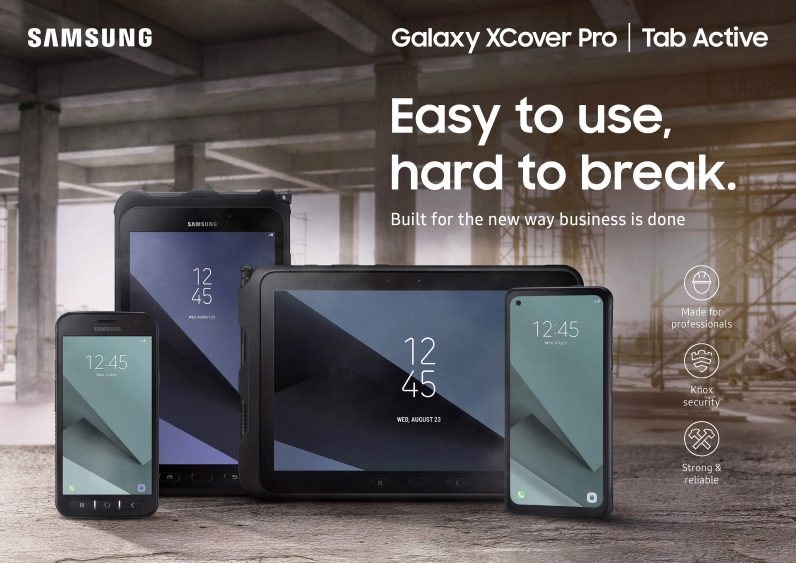 London, UK, 29th July 2020 – Samsung Electronics UK Ltd. has today revealed the results of a multi-industry research study into the use of rugged technology, looking at key benefits such as productivity and cost saving, resulting in nine out of ten who have experienced these first-hand, keen to invest in more.

The results showcased that rugged tech will form a pivotal role in the future of business, with 81% of users believing that tougher devices will be essential in their workplace over the next two years. Feedback from those currently using rugged tech was resoundingly positive, with over four in five (86%) claiming that the devices are beneficial to their job.

The research[1] looked at employees and decision-makers across Construction, Manufacturing, Transport & Logistics, Health, Retail, Emergency Services, Utilities, and Automotive sectors to reveal current attitudes towards rugged technology. Rugged refers to hardware – including smartphones, tablets, laptops and wearables – designed to operate in extremely harsh environments and conditions, such as the award-winning Samsung Galaxy XCover Pro and the Galaxy Tab Active Pro.

Within the industries highlighted, Samsung uncovered an array of key insights into the benefits and attitudes towards the wider adoption of rugged tech, with those already using or deploying it in their workplace saying the following:

“At Samsung, we are committed to listening to the opinions and challenges faced by our customers and it is excellent to see that rugged tech is making a difference for its users and their businesses,” says Joe Walsh, Director of B2B at Samsung UK & Ireland.

“These results highlight a clear enthusiasm and demands for the growth of the rugged tech market, and it is encouraging to see how many users want to continue to invest in the future. As more businesses adopt this technology, we only anticipate the appreciation for its financial and performance-based benefits to rise. At Samsung, our unyielding passion for excellence ensures we always enable our customers to thrive with innovative devices that balance their needs by being easy to use and hard to break.”

While over two-thirds (68%) of rugged users claim that they cannot imagine work life without rugged technology, the survey also revealed a strong will from non-users to deploy it in the future.

About Samsung for Business:

Samsung is committed to developing devices and solutions that are built for the way businesses are evolving today. By understanding the needs of organisations large and small, Samsung for Business provides innovative mobile-first technology that solves their challenges and brings new opportunities.

Backed up by Samsung’s unique defence-grade security platform, Knox, businesses can choose from a wide portfolio of devices knowing their company is in safe hands. Ranging from industry-ready and award-winning rugged devices, to top-spec Galaxy Enterprise Edition smartphones with full-service support, Samsung strives to deliver technology that powers business success.

[1] The research was carried out by Ketchum Research and Analytics, on behalf of Samsung. A total of 1,202 people aged 18+ were surveyed in the UK, including 601 employees and 601 decision-makers across the following industries: Construction, Manufacturing, Transport & Logistics, Health, Retail, Emergency Services, Utilities, and Automotive. Fieldwork ran from 18th June – 6th July 2020 and was conducted by Vitreous World.