Samsung Ad To Put Viewers In A Spin 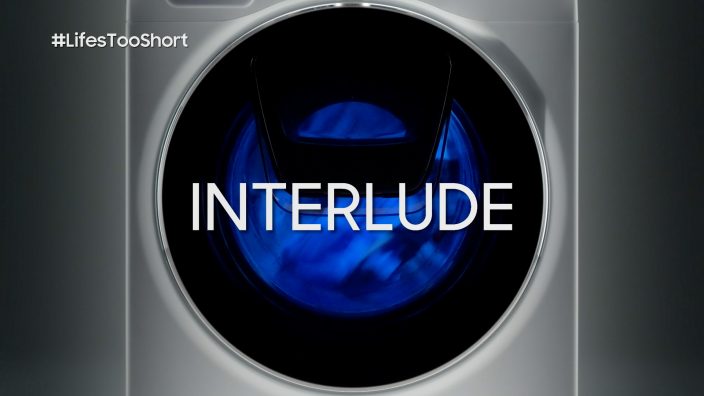 London, UK – Wednesday 22nd, November 2017: TV history is to be made with the screening of a head-spinning new Samsung ad which will be the longest single shot commercial ever screened in the UK – featuring nothing but a washing machine cycle.

At three minutes and 20 seconds long, and preceded by a bespoke Channel 4 branded introduction, the advert will fill an entire ad break when it is aired during Friday night smash hit show Gogglebox on November 24.

The film, developed and directed by creative agency Taylor Herring and produced by PackHorse Productions promises to be one of the most hypnotic ads ever screened featuring a 200 second long cross section of a family wash immersed in suds as it spins through a cycle.

The ad, which marks the launch of Samsung’s new QuickDrive™ washing machine, taps into the popularity of “slow TV” which has captured a cult audience who revel in the quirky joys of watching the world pass by in real-time on their screens, basking in the full, unedited glory.

The creative – ‘QuickDrive™ Interlude’ was inspired by the golden days of the celebrated TV “interlude” series of the 1950s, which most famously featured a rotating potter’s wheel to cover for gaps in programmes or when there was some sort of technical problem. Other films, which were beloved by a generation, included a ploughman driving his horses across a field and a kitten with a ball of string.

The Samsung commercial directly references the inspiration via on screen text and 30 seconds of sepia tinged footage before fading to full colour. 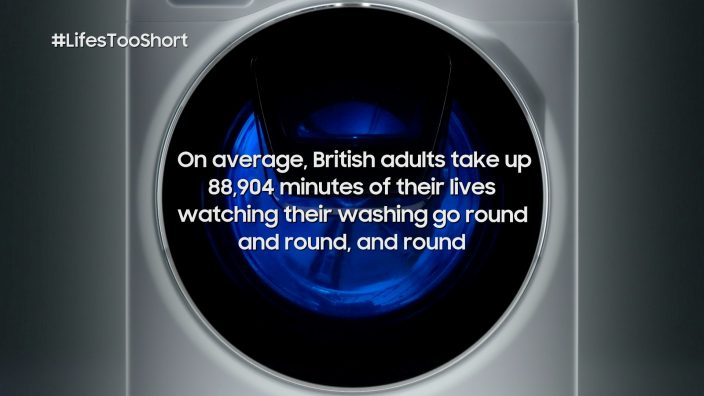 QuickDrive™ Interlude will launch with the hashtag #LifesTooShort to emphasise the valuable time wasted as we wait for long washing cycles to end.  Newly commissioned research from Samsung reveals that the average British adult will spend 1,481 hours watching the washing spin, which adds up to 61 days across a lifetime. In that time they could learn an instrument such as piano or trumpet to Grade 5 or become fluent in a new language.

Using the latest technology, Samsung QuickDrive™ cuts laundry time by half2 without compromising on performance. It adds a new dimension to washing by not only moving clothes up and down with the churning motion of the drum, but a plate at the rear also adds a back and forth movement to wash more effectively. QuickDrive™ also includes the innovative AddWash™ feature, enabling additional items of clothing to be added during the cycle3.

Viewers of a certain age will recognise the accompanying music as the theme tune to “the gallery” on BBC1’s 70s children’s show Vision On, which featured the late TV artist Tony Hart. The track Left Bank Two, recorded by The Noveltones, was later revived for another kids’ show SMart in the Noughties and it has become something of a turn-to tongue-in-cheek soundbed to soundtrack a humdrum scene on TV.

Mark Seaman, Head of Domestic Appliances, Samsung UK & Ireland, said: “QuickDrive™ is the fastest and smartest Samsung washing machine ever made and this commercial shines a spotlight on the ‘performance’ of the machine itself to create a mesmerising spectacle where art meets technology.  The advert also teases the next stage of our campaign which will see QuickDrive™’s performance taken to even bigger screens.”

Samsung is supporting the advert with a full PR campaign including a unique tie up with the show. GoggleBox personalities will elevate the online conversation around the advert with tweets during the commercial, seeding the content to their followers.

Gogglebox currently attracts an average overnight audience of 2.8 million viewers per episode and a 14.4% share of the viewing audience on Fridays from 9-10pm. 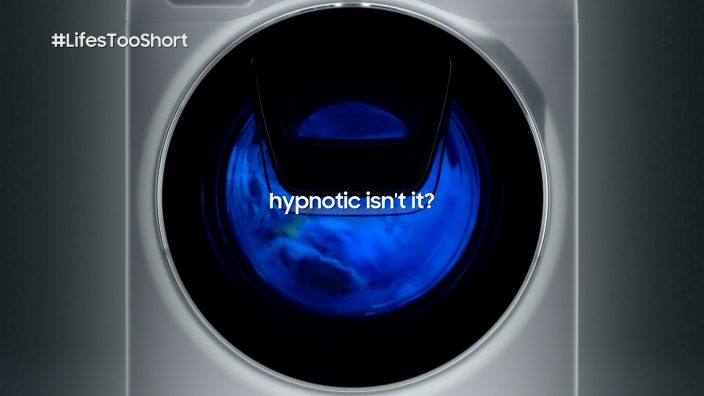 3AddWash™ door can be opened at any time when the drum temperature is below 50°C.