Samsung’s Future of Trade Conference brought together decision makers, experts and leaders from across global trade and business 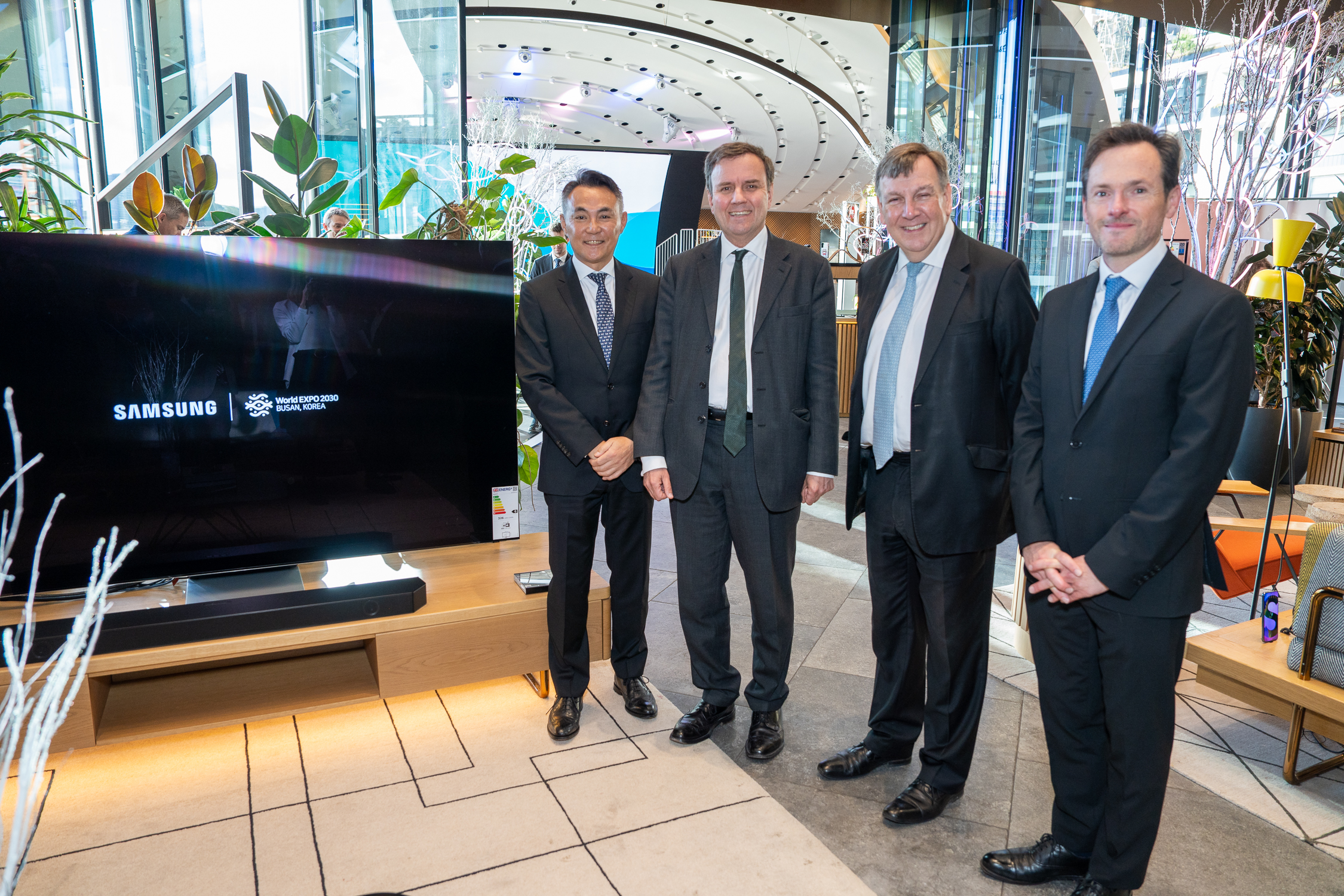 LONDON, UK – 22 November, 2022 – Samsung Electronics Co., Ltd. held its first Future of Trade Conference today in central London. The event, which brought together UK Government along with key influencers and decision makers across innovation and trade, was hosted at Samsung’s KX, the brand’s flagship store in Kings Cross.

The keynote speech was given by Minister of State for Trade Policy, the Rt Hon Greg Hands MP, who was introduced by Sir John Whittingdale MP, the Prime Minister’s Trade Envoy to the Republic of Korea and the UK’s former Culture Secretary. The audience, who gathered from across the business, innovation, investment and technology sectors, heard from thought leaders over the course of three sessions. Topics of discussion included the future of global trade, the increasing need for continued global collaboration and the importance of technology and innovation in enabling progress.

“As one of the largest technology companies in the world, we firmly believe that trade and innovation are crucial for building a better future. It was great to see so many key influencers and decision makers at today’s Future of Trade conference at Samsung KX to discuss the future of trade and innovation. On behalf of Samsung, I’d like to thank everyone for attending,” said Francis Chun, President & CEO of Samsung Electronics UK Ltd. who opened today’s conference.

Samsung’s commitment to innovation and facilitating global collaboration for change is also seen in its support of the Korean Government’s bid to host World Expo 2030 in Busan. The theme, “Transforming Our World, Navigating Toward a Better Future” highlights how the Korean Government, with Samsung’s support, plans to bring people together in Busan, a thriving port city full of innovation and culture to envision a better future for all humanity.