• Channel available exclusively in the UK on Samsung TV Plus 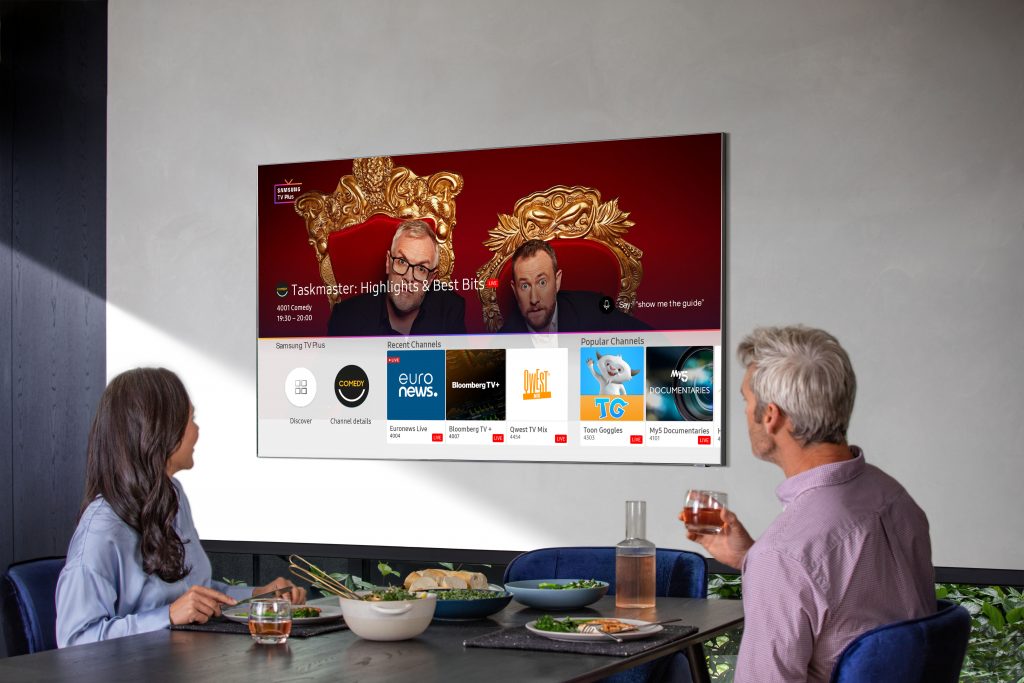 London, UK – 4 December 2020 – Samsung Electronics UK Ltd today launches its very own comedy channel, Comedy. Exclusive to the UK, Comedy is available to all users through its entertainment hub, Samsung TV Plus.

Packed with some of the nation’s favourite shows, Samsung’s Comedy channel features names and familiar faces from the world of comedy both in the UK and across the pond, including Russell Howard and Dave Gorman.

Comedy is the latest addition to Samsung TV Plus, offering Smart TV owners instant free access to 80 live and on-demand TV channels including all the latest additions such as Bloomberg+ 4K, Euronews Live, Fuel TV and Qwest, alongside multiple Rakuten and Pluto channels and other family favourites.

Samsung’s Comedy channel will bring customers hours of entertainment – with a mix of great UK and US comedy content, from Russell Howard’s adventures with his mum and his much needed positive take on the news with his acclaimed hit show ‘Good News’, to chuckling along to the best bits of ‘Taskmaster’ – you’ll be hard-pressed not to laugh when watching Comedy.  For those looking for the next binge-watch, viewers can watch all six seasons of award-winning US sitcom ‘Hot in Cleveland’, which is exclusive to the channel, as well as British favourite ‘Dave Gorman Modern Life is Goodish’ series.

“Since the UK launch of Samsung TV Plus in 2019, we have continuously looked at how we can expand and evolve our channel offering to guarantee our Smart TV customers the very best content offerings. We are exceptionally pleased to be able to launch our very own Comedy channel, providing fun entertainment for anyone who enjoys light-hearted TV shows.  With iconic comedy shows from across the world, this is a great step for Samsung as we continue to branch out our offering into the wider entertainment sector” said Deep Halder, Head of TV/AV Retail and Content Services, Samsung Electronics UK Ltd.

“We are delighted to partner with Samsung at this exciting time, and to have these shows available as part of their brand-new comedy channel line-up” said Isobel Hughes, Director of Distribution, Avalon.

“It’s inspiring working with some of the most talented comedy creators from around the world and a delight to be sharing their brilliant content with the Samsung TV Plus audience.  We’ve had such fun curating 21 award-winning micro-comedies, from some absolute classics to the very latest lockdown laughs, all guaranteed to make the whole family smile. We look forward to developing our exciting partnership with Samsung and continuing our mission to make quality, short-form content mainstream and accessible to billions”  said Jaine Green, Head of Content, discover.film.

Also featuring on the channel are 21 short films from the quality, short film platform discover.film including:

With medium risk content, it is a channel for adults. Expect light swearing during daytime where used in a humorous, indirect manner.