Samsung TV Plus Supercharges its Entertainment Offer with a Series of Exclusive Channels, Shows and Partnerships

Viewers can now watch the likes of American Idol 2022, Hell’s Kitchen and live sports through Samsung TV Plus channels 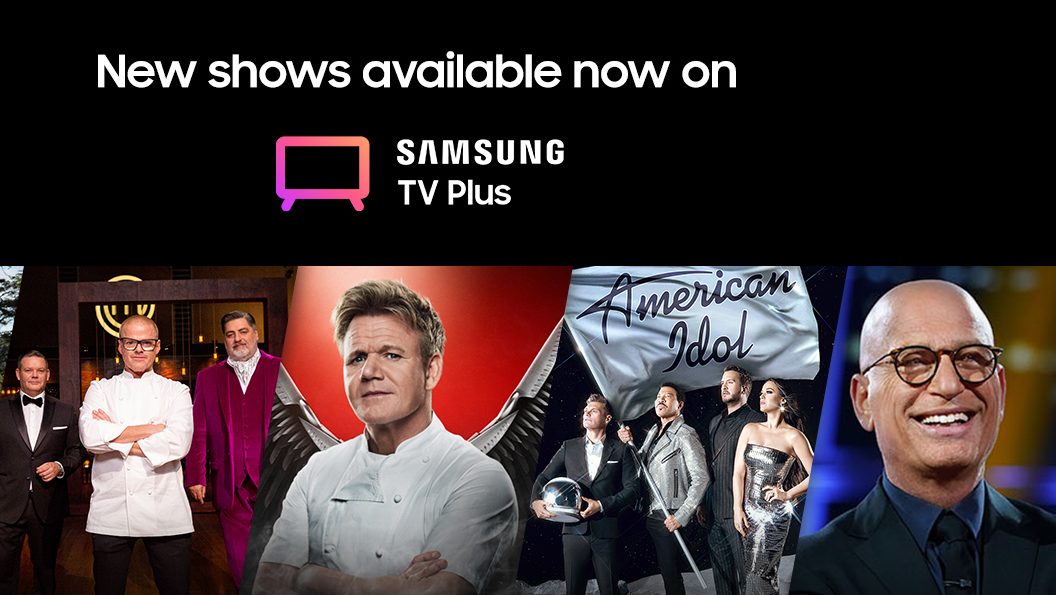 London, UK – 10 March 2022 – Samsung Electronics Ltd has launched a series of owned and operated channels – including Wild Planet and Entertainment Hub – which offer Samsung TV Plus viewers 24/7 access to some of the most popular shows on TV, including American Idol 2022. Samsung has also secured partnerships with ITV Studios, Banijay and FreeSports which radically increase the breadth of free content available to Samsung TV Plus audiences.

American Idol 2022 will be airing exclusively on Samsung TV Plus UK.

American Idol 2022 will now be available as VOD that can be accessed 24/7 through the Samsung TV Plus homepage and audiences can enjoy brand new episodes added every week. The show will also become available to watch live on linear TV through the new Entertainment Hub channel from the 10th of March.

This season of American Idol will see judges Luke Bryan, Lionel Richie and Katy Perry back for the brand new series – with Ryan Seacrest returning as the show’s host.

The scale of free entertainment available to audiences is set to grow further – with last years’ American Idol 2021 season also joining the content roster from June 2022.

Richard Jakeman, European Head of Business Development for Samsung TV Plus said: “American Idol has been a talent show sensation since 2002 with a dedicated global fan base who become invested in the musical journeys of the contestants. We’re delighted to offer our UK audiences access to this milestone season of American Idol through our channel. Samsung TV Plus brings audiences the best entertainment and delivers it on their terms.”

Jamie Lynn, EVP Co-Production & Distribution, EMEA at Fremantle comments: “It’s great that we are able to work with Samsung TV Plus to celebrate the 20th season of American Idol with a UK audience.  This is a show that changed the face of television in so many ways and the innovative way Samsung is reaching new audiences and bringing content to its platforms makes this partnership extra exciting.”

Samsung is launching a new owned and operated channel, Entertainment Hub, on the 10th of March.

The channel is dedicated to bringing entertainment for all the family – including global hit shows such as:

Viewers can also take a walk on the wild side with Wild Planet – a nature and wildlife channel available exclusively on Samsung TV Plus.

Wild Planet showcases the incredible natural stories of our planet. From the searing Sahara sands, the snow-capped Himalayan mountains to the volcanic wonders of Yellowstone, Wild Planet explores our world’s most awe-inspiring biomes –  and gets audiences closer to the remarkable species that inhabit them.

Guiding viewers through these spectacular environments are some of the most revered documentary makers of all time, including Nigel Marven and the legendary David Attenborough. Shows include Attenborough’s Ant Mountain, Nigel Marven’s Wild Philippines, Kid’s Guide to the Kalahari and many more.

Alongside the launch of these owned and operated channels, Samsung TV Plus has secured a series of partnerships with influential production houses and major content players. These partnerships ensure Samsung TV Plus audiences have 24/7 access to the latest and greatest shows which cater to every entertainment need – all for free.

The partnership with ITV Studios includes the launch of two ITV Studios channels in February 2022:

FreeSports is a British free-to-air sports television channel operated and owned by Premier Media – now available through Samsung TV Plus.

FreeSports is the home of the best live sporting action, with over 1000 events a year, for an average of 10 hours per day. The channel hosts association football, combat sports, ice hockey, tennis, rugby league, rugby union, basketball, cricket, and snooker.

*Season 2021 will be available on Entertainment Hub from June 2022.