The End Of The Great British Lunch Hour! 79% of UK Workers Aren’t Taking Time For Themselves At Lunch 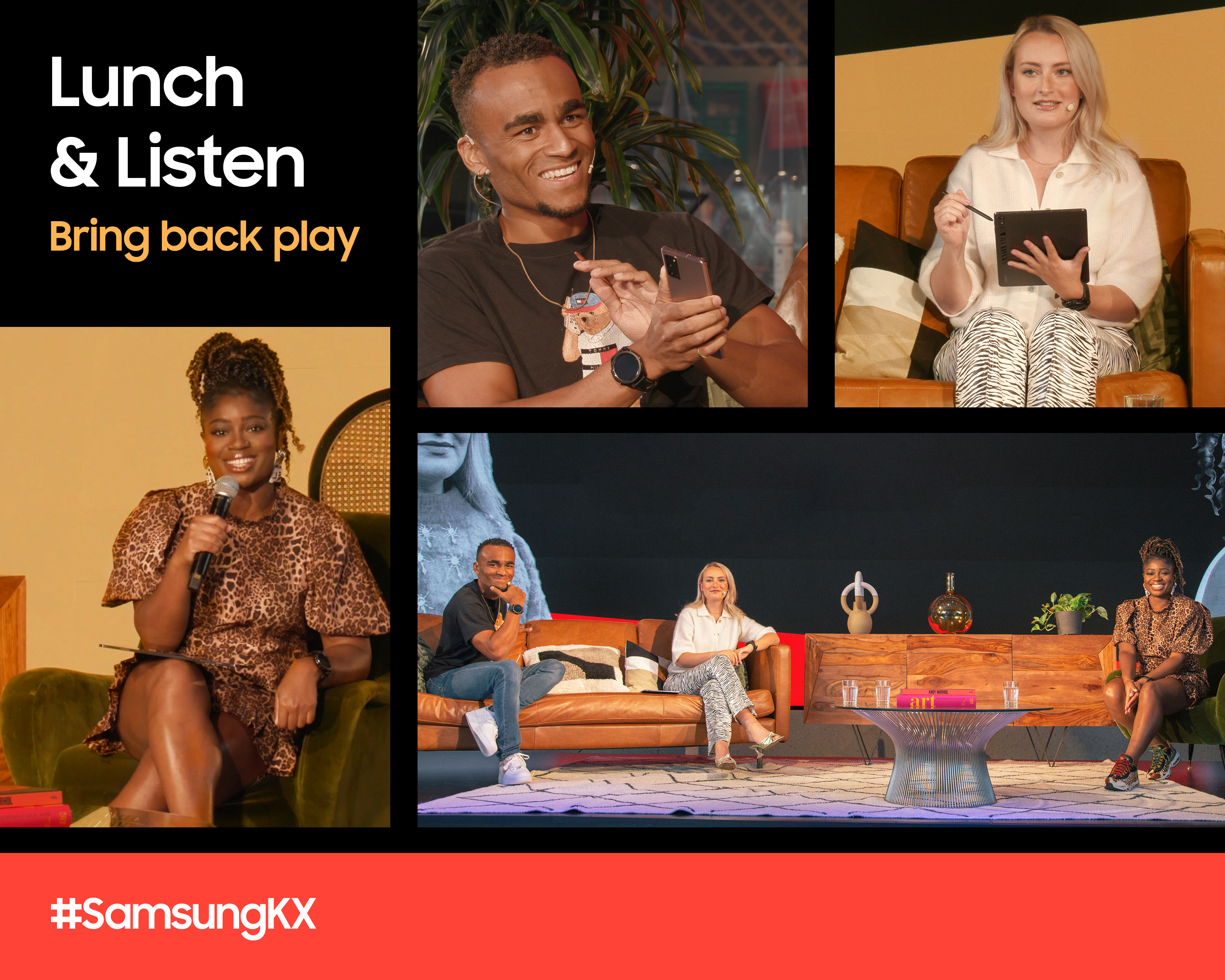 LONDON, England – Wednesday 9th September:  Samsung KX today launches the ‘Lunch and Listen’ series to mark the release of the Samsung Galaxy Note20 device. This two-part online series, available to watch via the Samsung KX website, has been created to help the UK reclaim its lunchbreak, as new research reveals that the average break in the day has become consumed by work, mundane errands and throwaway social media scrolling.

The lunchbreak was traditionally an important time to unwind from the stress of work, enjoy a healthy meal and return to work recharged and refreshed. However, work is taking over with 67% of the UK frequently skipping the meal altogether, while the typical hour break has been cut to 39 mins. Out of all the research respondents, 40% wanted to use this time better, and 50% wanted this time to be more fun, while a third highlighted that they lacked inspiration and instead ended up either working, running errands or indulging in pointless online browsing.

Some UK familiar faces, including Reggie Yates, Katherine Ryan, Munya Chawawa and Amelia Dimoldenberg, have partnered with Samsung KX to create a solution to this dilemma. During the ‘Lunch and Listen’ series, the guests reveal their hidden talents and skills with the aim of encouraging Brits to take time each day for a better work and play balance and return to work refreshed, motivated and stress-free.

Both episodes of ‘Lunch and Listen’ were filmed at the Samsung KX hub of innovation in London’s King’s Cross to a limited audience, where host Clara Amfo discovered how her guests approach their own work and play habits, along with tips on how to strike the perfect balance using Samsung technology.

The first show reveals Munya Chawawa’s passion for video games, as he performs an original rap written about his love for gaming. Later on in the episode Munya shows off his skipping talents using the Galaxy Watch3, a form of play that he has had since a young child that he has continued through his adult life.

Amelia Dimoldenberg reveals her new found passion for poetry, reciting a poem she wrote during lockdown titled ‘Alone Together’  following a split from her boyfriend. Amelia goes on to discuss her love for quizzes, and using the new Galaxy Tab S7 she challenges Clara and Munya on guessing what she is drawing live – creating some questionable artwork in the process.

Tanya Weller, Director of Samsung Showcase, KX said “Many of us often overlook the benefits of taking a proper lunch break during the working week, so we’re thrilled to bring our new ‘Lunch and Listen’ event series to life both physically and virtually at Samsung KX. We hope these engaging 15 minute sessions, powered by Samsung technology alongside our guests, Munya Chawawa, Amelia Dimoldenberg, Katherine Ryan and Reggie Yates will empower people in these current times to get more out of their free time, whether it’s focusing on a hobby, spending time with loved ones or just taking a well-earned break.”

Episode two featuring Katherine Ryan and Reggie Yates, with host Clara Amfo, will be available from 16th September via the Samsung KX website.