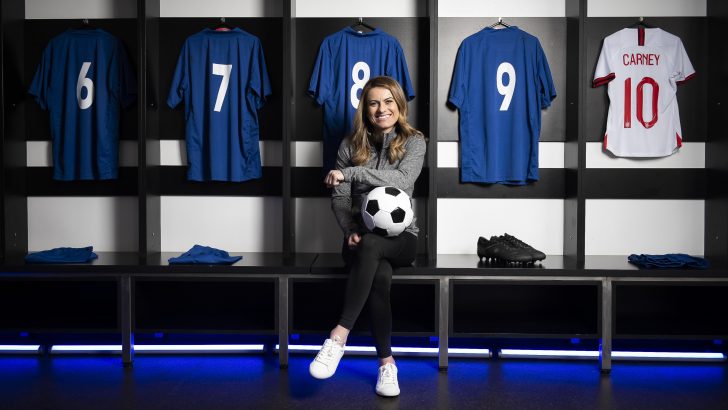 UK, 3rd June 2021: The nation’s football fans are confused by the rules of the game according to new research released today.

As excitement mounts towards one of the biggest footballing events in Europe, a new study reveals most of us need to re-boot our knowledge of the game as over three quarters (85%) admit to being confused by most of the rules.

The poll of 2000 Brits by Samsung KX reveals that the offside rule is considered the most confusing with over half (60%) left scratching their heads when trying to explain it. The contentious handball rule falls in second with over two fifths (46%) admitting they don’t fully understand what counts as a handball.

The survey also reveals that uncertainty with VAR (Video Assistant Referee) means the technology is in third place with 31% of bewildered Brits not understanding when or why it is used. Despite this confusion, three in five (64%) think VAR is a good thing for the game and 41% think it will get better once the technology improves and fans get used to it.

The study was commissioned ahead of the launch of Samsung KX’s new Neo QLED VAR Challenge – a new experience that gives visitors the opportunity to step into the shoes of a referee and review a series of controversial VAR decisions in jaw-dropping 8K detail. The experience launches in Coal Drops Yard on Wednesday 9th June.

Top 10 Most Confusing Rules in Football

VAR has been used in football for the past few seasons, to correct ‘clear and obvious’ mistakes – but it has proved controversial in its use, with fans left disgruntled with incidents VAR fails to pick up on.

Seven in ten fans (70%) wrongly believe that VAR rather than goal-line technology is used to check that the ball has crossed the line for a goal. Similarly, 44% do not know that VAR’s can come into play for more than just checking penalties and bad tackles.

To help puzzled Brits get to grips with the rules of the game, ex-England footballer and pundit Karen Carney has teamed up with Samsung KX to launch The Rules of Football, a content series that demystifies and explains the rules that leave Brits most confused, shot entirely in 8K using the Samsung Galaxy S21.

The films feature Karen explaining the Top 10 trickiest rules of the game including how red and yellow cards are used, when penalties are retaken and the offside rule.

Alongside the confusion over rules, the poll also found that an optimistic 85% believe England can win this summer’s tournament.

“The rules of football can be a complexed matter and it is easier and more enjoyable to watch football if you know why terms like ‘the-second last opponent’ are so important to affecting decisions. Samsung KX ’s The Rules of Football series aims to give fans of all levels of exciting content so they can really get involved, enjoy the tournament and get behind their team.”

64% of Brits say they are more likely to buy a new TV ahead of major sporting events to watch in the highest quality possible.

“We’re all gearing up for a summer of sport and looking forward to supporting our home teams following a tough year. The new Neo QLED VAR Challenge at Samsung KX is the perfect opportunity for football lovers to step up to the plate and show just how much they know about the game.”

For more information on the Neo QLED VAR Challenge and to watch The Rules of Football visit https://www.samsung.com/uk/explore/kings-cross/lifestyle/the-rules-of-football/