The 21st century has seen the rise of the millennial. According to a report from the Business and Professional Women’s Foundation, by 2025, we will be making up around 75% of the workforce, a trend which has also led to the steady rise in prominence of internships. These highly-coveted, increasingly-competitive opportunities are more career-friendly and prestigious than your average summer job – and while temporary, they are critical for helping us get a future, permanent position. As more of us seek this resume-boosting work, more companies are recruiting this generation’s top talent and offering perks, such as gadgets galore, competitive pay and top-tier executive access. But one question still remains. What are we really hoping to get out of our internships other than a recognizable brand name under our belts? 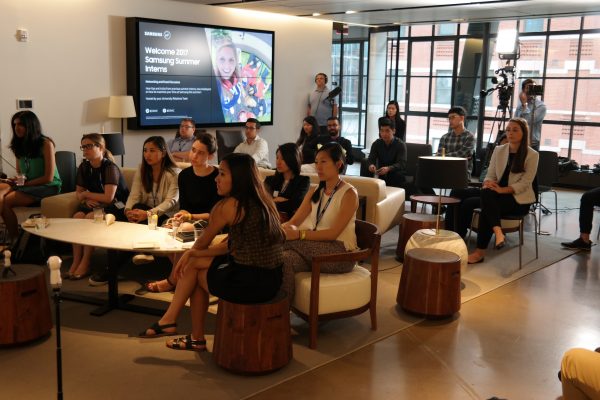 In speaking with Laura Agharkar, who leads the Samsung Electronics America University Relations team, it was evident how the company hopes to tackle this question by maintaining a focus on treating interns like actual employees with “a robust experience that is real-life work.” By pushing them” to use their unique perspective on a variety of projects, interns seize the opportunity to showcase their skills and talents” and bring the initiative to turn their projects into something that will make a quantifiable, positive impact on the company.

Samsung is one of many vying for fresh new talent to fill its ranks. In this competition between employers fighting for interns and interns fighting for employers, how does it see itself as a standout among other prestigious programs?

“Many interns select a company not knowing exactly what projects they’ll be working on and how their role contributes to the company’s success,” Agharkar said. She also stated that “they are hired only for their skill sets and then placed directly into that business. For us, the benefits of having our managers plan ahead to pre-select projects, engage during the hiring process, identify interns who are excited…this creates experiences that are meaningful for both the intern and our organization.” 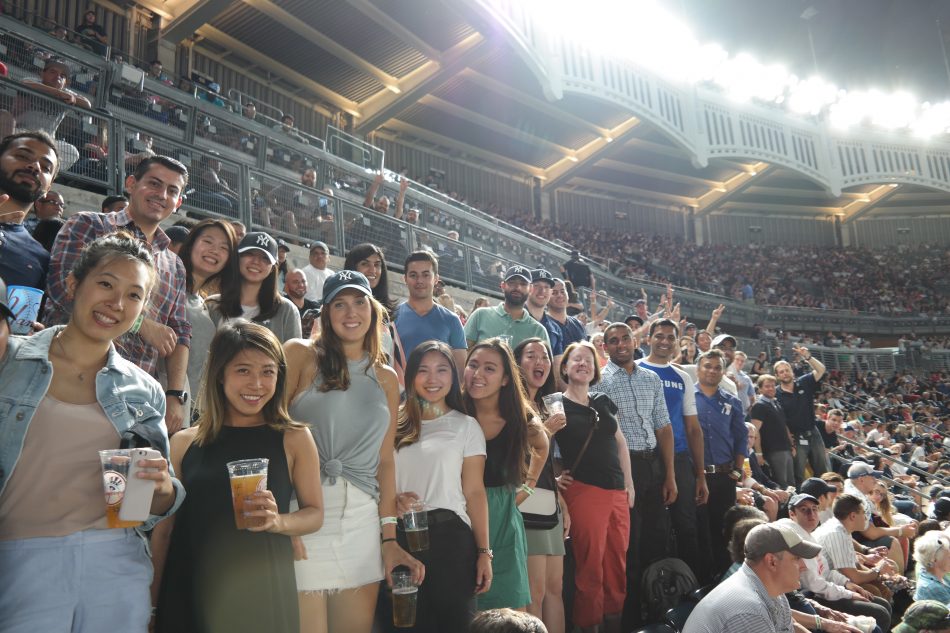 Indeed, the company, which considers giving back to be a key component of its culture, looks at its internship as an investment in today’s youth to develop them into future innovators. I came here wanting to continue pursuing my passion for service, using my skills and background, through my work. It’s the same reason that initially piqued my interest in community service, ultimately drew me to Columbia, inspired my passion for journalism and later brought me to Samsung. In keeping an open mind about where I wanted to end up, I turned down a competing offer at a media company that seemed like it was right up my alley, and in doing so, stumbled upon an internship experience that would ironically prove to be more beneficial for my future career interests.

As a member of the Corporate Reputation team, I was excited by the responsibilities I was entrusted with. I co-moderated a conversation with Today Show co-anchor Hoda Kotb as part of the Summer Discovery Series, a corporate citizenship initiative to bring various industry leaders to the company’s flagship experience space, Samsung 837, to speak on career development. Though drafting newsroom and intranet posts, I learned firsthand about all of the other ways in which the company gives back to the community. It quickly became clear that the months-long hiring and interviewing process had been about ensuring that not only would I be a good fit for the position, but that it would be a good fit for me and have something new and valuable to offer me in terms of skills which I will later need to succeed in today’s workforce and make a positive impact with my career someday.

Through conversations with fellow interns about the reasons why they each chose to come here, it is evident that each of us had our expectations of what an internship in this day and age means challenged. As someone who found himself to be particularly passionate about music growing up, Woo Sung Jeon, a rising senior at Cornell, had found it unlikely that he would be working for a tech company before learning about Samsung 837, which is complete with an in-house DJ booth and theater that houses dozens of concerts a year. However, his on-the-ground experience showed him that it was possible to merge his passions and be a part of something that “no other tech company is doing” – creating a space in which people with different passions can converge to find a common interest in technology.

Characterized by this diversity in our experiences and the varying skills we bring to the table, we share one feature with all the other interns: a passion for the work we are doing now and hope to do in the future. Agharkar recognizes this as she thinks about the potential interns of tomorrow. “How do we,” she asked, “continually evolve our program to provide the benefits future interns are looking for in an employer but also be able to use the unique perspective and strengths that they will bring?” Potential interns should ask the same question of themselves in their job search. With just a few collegiate summers to take advantage of, internships help us discover and develop those skills we most need, to accomplish the things we most desire. 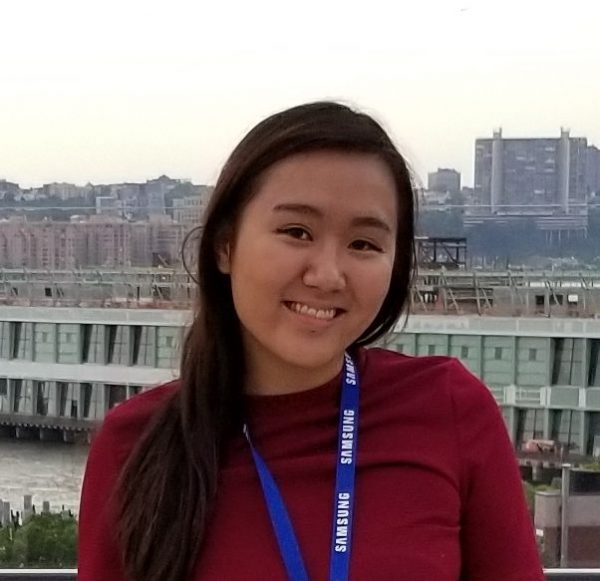 Gloria Tso, a rising junior at Columbia University, was a summer intern at Samsung. There, she sat down with Laura Agharkar, Samsung University Relations head and Woo Sung Jeon, Samsung’s 837 Customer Experience intern, in a deeper look at how the internship is continually evolving — as well as Samsung’s take on that evolution.

Norman Golightly Opens Up About What Inspires Him