A Dare for Developers: Infuse Technology with Humanity 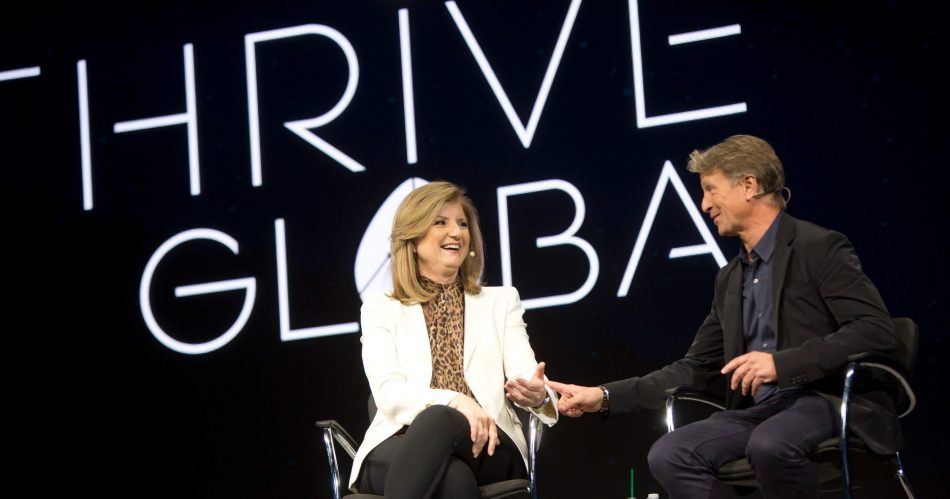 “Fundamentally, at the heart of Samsung’s mission is creating technology for human progress — and when I say human progress it really means technology with people in mind. For example, reconnecting to humanity with the help of technology,” said Marc Mathieu, Chief Marketing Officer for Samsung Electronics America after taking the stage for the inspirational keynote address, which inaugurated day two at the Samsung Developer Conference in San Francisco.

Mathieu was joined by Arianna Huffington, Founder & CEO of Thrive Global, to discuss the emerging and disruptive philosophy of developing “Technology that Augments Humanity.”

The idea — protecting humanity in the face of a technology-centered life, is not new, but has become a focus in tech circles and a challenge for everyone with a tech device: Balancing the benefits of technology without letting technology run our lives.

“It may seem paradoxical, but in our always on, hyper-connected world, technology can actually help us take an occasional breather from our devices.  Help us reconnect with our family, with our friends, be able to do creative work without distractions and we actually need technology to help us do that,” said Huffington.

Huffington recalled how she, too, has been guilty of walking down the street buried in her smartphone, but has since learned that the human operating system also needs downtime. “Downtime is not a bug, it’s a feature,” Huffington quipped.

To encourage the self-discipline to disconnect, Huffington introduced the new Thrive app for Samsung on stage with Mathieu, which enables the user to assess how much time is spent on various apps on our smartphones and then seamlessly set the phone to “Thrive Mode” for moments meant for disconnecting, recharging, focusing on a project or during the night, while sleeping.

A Movement in the Making

Addressing the more than 5,000 attendees at the conference, many of them technology developers, Huffington said in all her years working with developers, she has never been more popular than when she gave them private rooms to work in or noise cancelling headphones, because they’re hypersensitive to the need to really focus and not be constantly distracted in order to do great work.

“We are technology-centered humans and technology has an incredible opportunity now to help us achieve that augmented humanity which can actually bring more creativity, more productivity and more fulfillment in our lives,” explained Huffington.

The keynote session ended with a call to action for developers, to honor the essence of humanity with every step they take in making great products and creative services.

“The stakes are high right now and this an amazing moment for developers to come together and look at how they can enhance our humanity at the same time that they’re producing great products,” said Huffington. 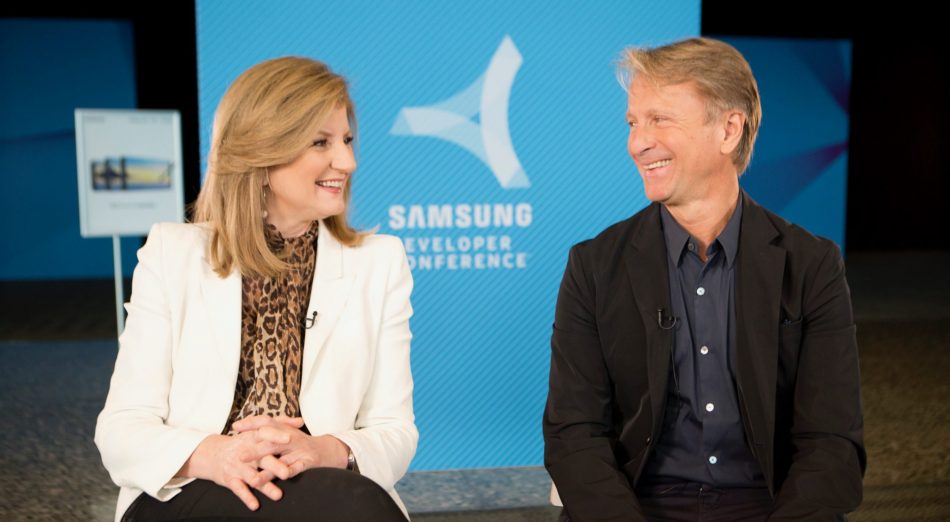 Mathieu explained that many of the developers in attendance probably hadn’t thought that a company like Samsung would be interested in a product developed with the goal of putting aside one’s smartphone, but reiterated that’s exactly what the company is encouraging creatives to do.

“At the end of the day it goes back to the essence of the Samsung brand. We say that we like to help people defy barriers so they can unlock their potential, which means not only wanting to self-actualize and achieve more, but also enabling people to enjoy more and create a life well-lived.”

Samsung Advances Mobility for the Global Workforce with the Enhanced Galaxy Tab Active2, a Ruggedized Tablet Optimized for Business