Engaging the Next Generation of Manufacturing Leaders

On October 5, two Samsung U.S. manufacturing facilities opened their doors to welcome local students as part of the National Association of Manufacturers (NAM) seventh annual National Manufacturing Day. Samsung teams in Texas and South Carolina showcased their cutting-edge technology to engage the next generation of manufacturing leaders and excite these students with industry career opportunities.

The SAS team not only welcomed students from Austin’s Manor Early College High School and the Liberal Arts and Sciences Academy for an on-site tour, they also live-streamed a second tour for schools across the Austin area to view from their own classrooms. Through this partnership with the NEPRIS app, students were able to see behind the curtain at one of the most innovative production environments in the U.S.

Carolyn Lee, Executive Director of the Manufacturing Institute, was on hand for the tours of the SAS Observation Deck and Showroom, and shared her thoughts on Manufacturing Day. Following facility tours, students joined Lee for a panel discussion and Q&A session. 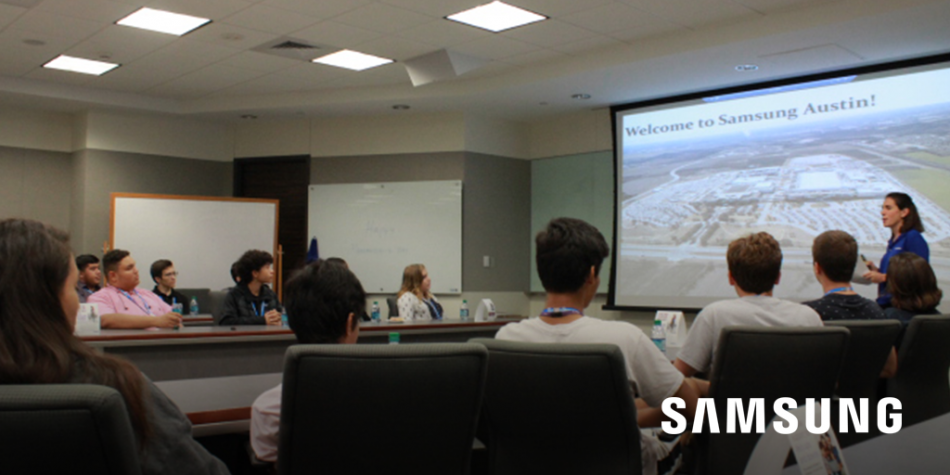 “Nearly half a million manufacturing jobs remain unfilled today and millions more are projected to go unfilled in the years to come,” said Lee. “That’s why it’s so important to promote modern manufacturing and jumpstart new approaches to growing manufacturing talent.”

Opened in 2017, the SEHA facility represents a $380 million Samsung investment, slated to create nearly 1,000 jobs by 2020. When fully operational this plant will house a broad range of advanced manufacturing roles, including craftsmen, operators, engineers and other technical and non-technical positions.

“Building our products in the United States brings us closer to the American consumers, engineers and innovators who are driving global trends in consumer electronics,” said Megan Pollock, Vice President of Strategic Communications for Samsung Electronics America. “The team was very proud to share the strides we’ve made at the facility with our visitors this month.”