As the world honored the history and contributions of women on March 8, Samsung aimed to inspire new generations of powerful women with a panel discussion focused on empowerment and featuring some of-the-moment female entrepreneur-influencers. 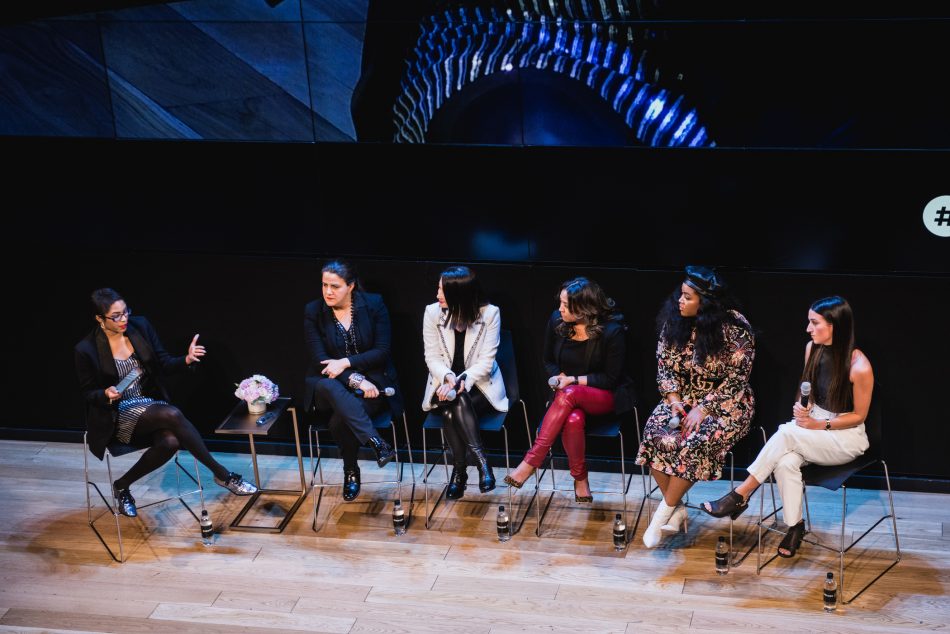 Despite all of them boasting varied career paths and experience, what tied them all together, according to moderator Alicia Quarles, a DailyMailTV contributor and former E! News correspondent is their corporate citizenship.

“The through thread is that they all give back – each has a charitable component to their businesses,” she said.

Quarles led the discussion through topics that ranged from the personal to the political, from the path ahead to obstacles faced down in the past. She asked panelists for their views on transforming the current women’s empowerment moment of #MeToo and #TimesUp into a movement with longevity and results.

“It starts in your community,” said panelist Karleen Roy, founder of The Vanity Group, a luxury lifestyle management agency. “Champion the people in your life.”

Roy is an avid youth mentor and she urged the audience to “be that older sister” and support the youth who one day may change the world. “You never know who you’ll inspire.”

Sharlee Jeter, president of Turn 2 Foundation, which supports at-risk youth, said achieving success is just step one. “Then when you get there, help other women,” she said.

Rachel Shechtman, founder and CEO of STORY, a retail concept store with the unconventional business model of flipping its inventory and bent every eight weeks, said sometimes simply standing up to condescending behavior – or to abuses of power in business – can be revolutionary.

“It’s not easy, especially when someone’s writing you a check, but speaking up and being true to yourself, however uncomfortable it may be, holds people accountable.”

Quarles saluted Samsung for recognizing women’s buying power and for offering technology that can empower everyone to tell their own stories.

Quarles said she’s glad to have opportunities to raise women’s standing, and she doesn’t squander them.

“If you have a platform, you better use it – and put a megaphone to it,” she said. “It’s important to me to be a voice for the voiceless.”

More About Women’s Month at Samsung 837: Samsung cares deeply about gender parity, and we’re taking action. March is Women’s History Month and Samsung 837 will celebrate with an array of powerful, female-centric programming and events spanning the month. Samsung 837 will host 1 on 1 mentor sessions, pop-up events, film screenings, DJ sets and much more. Check out our upcoming events here.