At Samsung, we are committed to innovating and designing energy-efficient products while minimizing our environmental impact.

By incorporating sustainability into our day-to-day business and operations and advancing toward a circular economy, we can not only alter Samsung’s environmental impact, but also help consumers to reduce their impact.

In 2018, Samsung Electronics announced plans to source renewable energy for 100% of the energy used for all of its factories, office buildings, and operational facilities in the United States, Europe and China by 2020. In 2019, 92% of the electricity used in our sites in the U.S., Europe, and China was generated using renewable energy, and we are on track to reach our goal in 2020.

As a result of our progress toward this goal, Samsung ranks in the top 10 of the U.S. Environmental Protection Agency’s (EPA) Green Power Partnership National Top 100 list and Top 30 Tech and Telecom list. In 2019, Samsung was also recognized with the EPA’s Green Power leadership Award for Excellence in Green Power Use.

Samsung is recognized for innovative energy-efficient products. Samsung received the 2020 ENERGY STAR® Partner of the Year – Sustained Excellence Award from the U.S. EPA for continued leadership and superior contributions to the ENERGY STAR program. This is the 12th Partner of the Year award presented to Samsung and the 7th recognition for Sustained Excellence. ENERGY STAR products, as defined by the U.S. EPA, are the same or better than standard products, but use less energy.

As an E-Stewards Enterprise, we take steps to ensure that electronics are recycled safely and responsibly. As a result, Samsung has received the U.S. EPA’s Sustainable Materials Management Electronics Challenge Gold Tier Award for its leadership in e-waste collection and recycling every year since its inception in 2014. 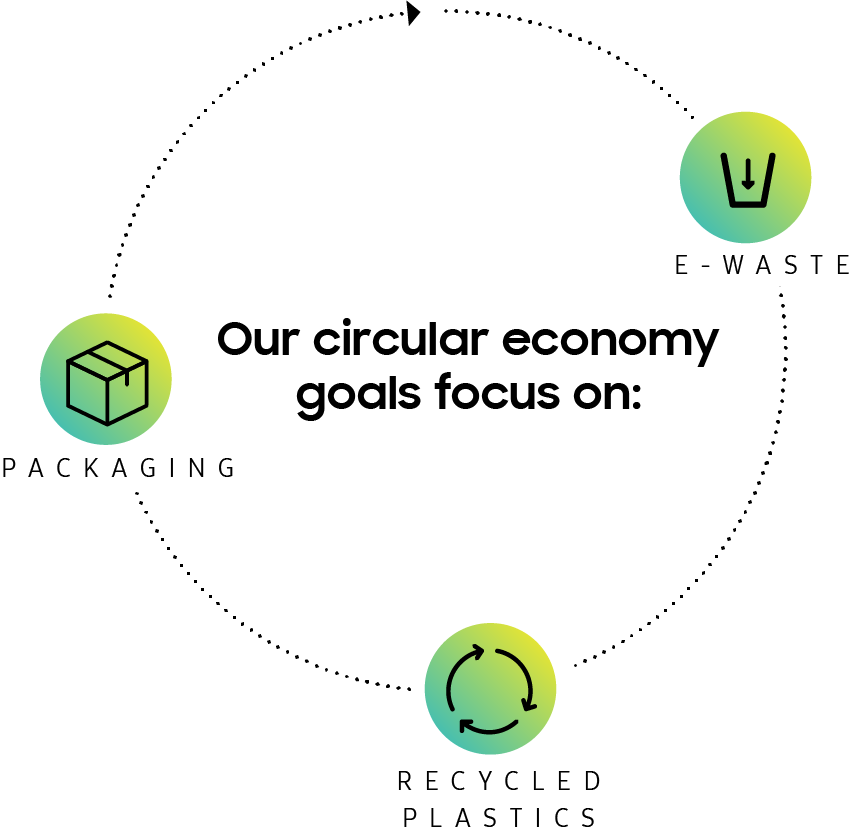 Samsung supports continued government funding for ENERGY STAR, a program that uses voluntary market-based mechanisms to identify innovative, efficient products. The ENERGY STAR program is important to both inform consumers and recognize manufacturers for achieving greater efficiency in their products.
According to the U.S. EPA, since 1992, ENERGY STAR and its partners helped save American families and businesses nearly four trillion kilowatt-hours of electricity and achieve over three billion metric tons of greenhouse gas reductions, equivalent to the annual emissions of over 600 million cars.

Furthermore, ENERGY STAR says that the program and its partners helped Americans avoid $30 billion in energy costs in 2017.