Bixby: A New Way to Interact with Your Phone

Technology is supposed to make life easier, but as the capabilities of machines such as smartphones, PCs, home appliances and IoT devices become more diverse, the interfaces on these devices are becoming too complicated for users to take advantage of many of these functions conveniently. User interface designers have to make tradeoff decisions to cram many functions into a small screen or bury them deeper in layers of menu trees. Ultimately users are at the mercy of the designers with an increasingly steep curve that makes learning a new device difficult. This is the fundamental limitation of the current human-to-machine interface.  Since Samsung makes millions of devices, this problem impacts the core of our business.

Samsung has a conceptually new philosophy to the problem:  instead of humans learning how the machine interacts with the world (a reflection of the abilities of designers), it is the machine that needs to learn and adapt to us.  The interface must be natural and intuitive enough to flatten the learning curve regardless of the number of functions being added. With this new approach, Samsung has employed artificial intelligence, reinforcing deep learning concepts to the core of our user interface designs. Bixby is the ongoing result of this effort.

Bixby will be a new intelligent interface on our devices. Fundamentally different from other voice agents or assistants in the market, Bixby offers a deeper experience thanks to proficiency in these three properties:

When an application becomes Bixby-enabled, Bixby will be able to support almost every  task that the application is capable of performing using the conventional interface (ie. touch commands).  Most existing agents currently support only a few selected tasks for an application and therefore confuse users about what works or what doesn’t work by voice command. The completeness property of Bixby will simplify user education on the capability of the agent, making the behaviors of the agent much more predictable.

When using a Bixby-enabled application, users will be able to call upon Bixby at any time and it will understand the current context and state of the application and will allow users to carry out the current work-in-progress continuously.  Bixby will allow users to weave various modes of interactions including touch or voice at any context of the application, whichever they feel is most comfortable and intuitive.  Most existing agents completely dictate the interaction modality and, when switching among the modes, may either start the entire task over again, losing all the work in progress, or simply not understand the user’s intention.

When the number of supported voice commands gets larger, most users are cognitively challenged to remember the exact form of the voice commands. Most agents require users to state the exact commands in a set of fixed forms. Bixby will be smart enough to understand commands with incomplete information and execute the commanded task to the best of its knowledge, and then will prompt users to provide more information and take the execution of the task in piecemeal. This makes the interface much more natural and easier to use.

We know that adopting new ways to interact with your devices will require a change in user behavior. The inconvenience of learning a new interface can cause friction and force users to revert back to old habits (e.g. the touch interface). At the same time we believe the key to success for a new voice interface is to design a scheme that reduces friction and makes the experience significantly more rewarding than the existing interface. So at its core, Bixby will help remove friction. It will simplify user education with new voice interfaces and will make using your phone even more seamless and intuitive.

Another example of removing friction will be the dedicated Bixby button that will be located on the side of our next device. Confusion around activating a voice interface is a barrier we have removed to make it feel easier and more comfortable to give commands. For example, instead of taking multiple steps to make a call – turning on and unlocking the phone, looking for the phone application, clicking on the contact bar to search for the person that you’re trying to call and pressing the phone icon to start dialing – you will be able to do all these steps with one push of the Bixby button and a simple command.

There has been a lot of excitement and speculation about what we will deliver with the launch of the Galaxy S8 later this month, especially due to the advancements in artificial intelligence. We do have a bold vision of revolutionizing the human-to-machine interface, but that vision won’t be realized overnight. Ambition takes time.

Bixby will be our first step on a journey to completely open up new ways of interacting with your phone. At the launch of the Galaxy S8, a subset of preinstalled applications will be Bixby-enabled. This set will continue to expand over time. Our plan is to eventually release a tool (in SDK) to enable third-party developers to make their applications and services Bixby-enabled easily.

Starting with our smartphones, Bixby will be gradually applied to all our appliances.  In the future you would be able to control your air conditioner or TV through Bixby. Since Bixby will be implemented in the cloud, as long as a device has an internet connection and simple circuitry to receive voice inputs, it will be able to connect with Bixby. As the Bixby ecosystem grows, we believe Bixby will evolve from a smartphone interface to an interface for your life.

Bixby is at the heart of our software and services evolution as a company.  We are fundamentally and conceptually changing our attitude toward software and services and working hard on innovation throughout all aspects of our mobile ecosystem. Our investment in engineering resources speaks for itself – we have thousands of software developers supporting this effort. This is something that I’m very excited about. Innovating in software and services enables opportunities for creativity and the ability to build new experiences from the ground up.  With the continued investment from Samsung on artificial intelligence, the possibility of what Bixby can become is endless. 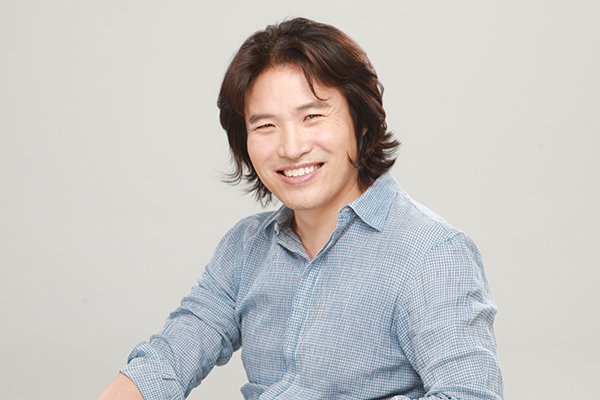