The future of human-AI machine interactions is arriving quickly thanks to advances in deep learning, a form of machine learning that is inspired by the way neurons in our brains are organized.

One example of the future of robotics is ElliQ, an empathetic robotic companion, designed by Intuition Robotics, a Samsung NEXT portfolio company, that is featured in the End of the Beginning video series. This smart robot has cognitive abilities designed to provide comfort and security for elderly people who wish to live on their own.

Intuition Robotics recognized the needs of this growing population of older adults and has designed a robot companion to help people “age in place” at home rather than at an assisted living facility.

Living alone presents a number of challenges for the elderly, such as the possibility of missing meals and medication, becoming injured, and enduring loneliness.

Because feelings of isolation have even been linked to cognitive decline, depression, and increased blood pressure, geriatric and technology experts have advocated for adaptive technologies to assist with aging in place as early as 2004. Now with deep learning, Artificial Intelligence promises to help enable some of the nearly 90 percent of homeowners approaching retirement to stay in their homes longer than without the help of technology. 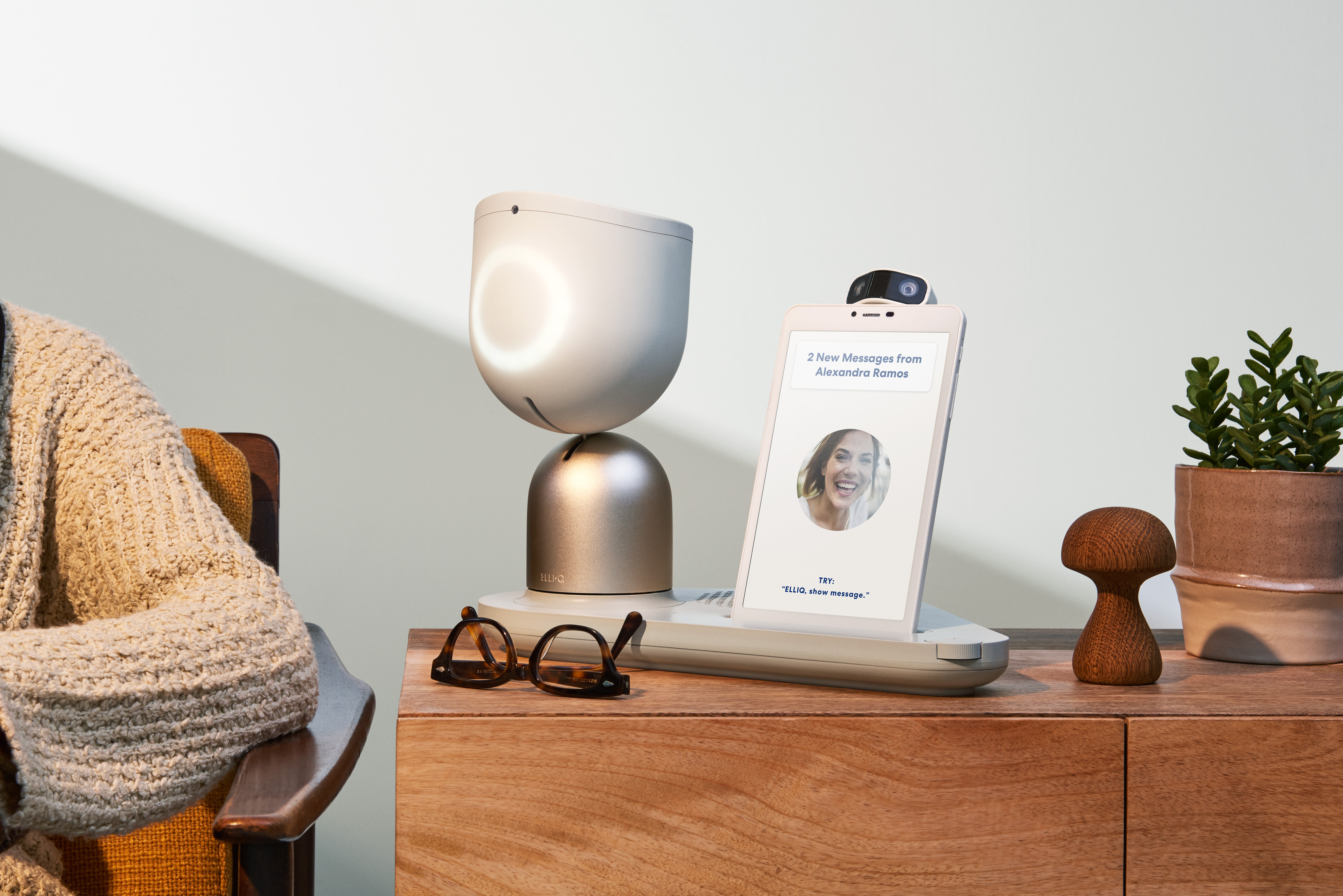 Intuition Robotics is already working with more than 125 older adults to understand their needs, especially with regard to their living independently. That information is being used to teach ElliQ how to interact with its human companions in order to eventually be able to assist aging in place individuals.

Headquartered in Israel, Intuition Robotics is part of an impressive roster of companies Samsung NEXT has invested in that are leveraging artificial intelligence and machine learning.

Eyal Miller, Samsung NEXT’s managing director for Tel Aviv, met co-founder Dor Skuler when the company was still in its earliest stages. He was interested in the way ElliQ could use human-robotic interaction to improve the lives of the elderly.

“I found Dor to be super passionate about solving the growing problem of the lonely aging population, who in most cases would like to stay at home and be independent, connected to their loved ones by using sophisticated tech and AI,” Miller said.

7.18.2019 / Emerging Technology
Explore the Technology of the Future in ‘The End of the Beginning’

First, the team at Intuition Robotics researched how people recognize signs of intelligence and interact with those intelligent entities. By studying these aspects of cognition and leveraging recent advances in AI, the company was able to create technology that provided ElliQ with a distinct character, body language, and decision-making ability. For example, ElliQ is proactive in servicing its users.

Rather than expecting users to learn all of the robot’s capabilities, ElliQ teaches them how to utilize and refines the robot’s personality and functionality to match the needs and circumstances of the user. By processing daily interactions with the user, ElliQ learns how to help with tasks such as scheduling appointments, arranging transportation, and assisting in social media interactions like photo sharing.

“ElliQ is not programmed with a predefined persona like a smart speaker,” explained Skuler. “Instead characteristics emerge from cognitive capacities based on specialized forms of machine learning.” 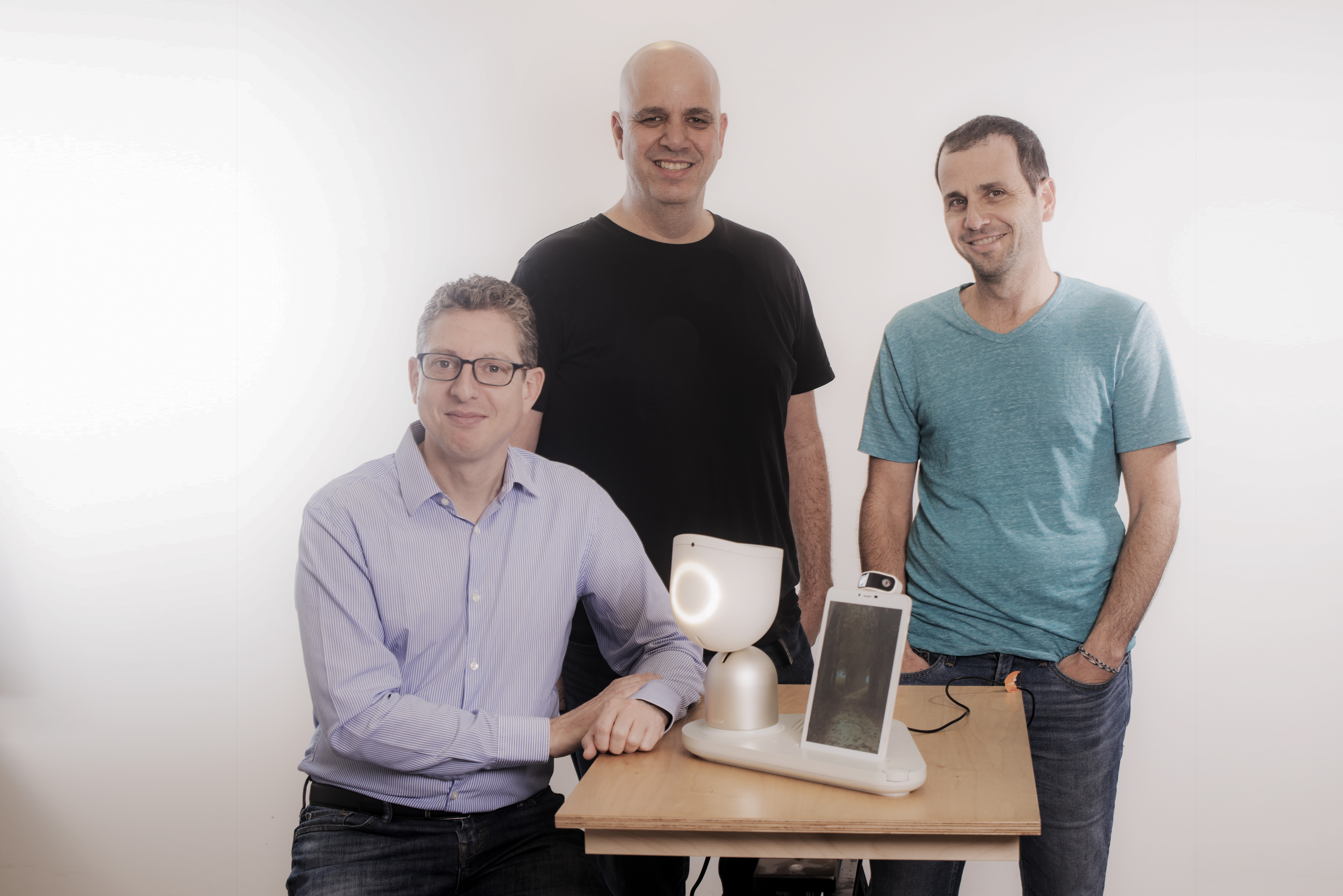 The team behind ElliQ has also put considerable time and effort into refining the robot’s design so that the user’s interactions with it feel like an intuitive and authentic social experience.

“[ElliQ] starts her journey in someone’s home with a neutral personality, not making too many recommendations,” said Skuler. “And then ElliQ starts trying things — suggesting for you to listen to some classical music, or later to listen to some other type of music, and over time ElliQ starts to build an understanding of what it is that you like, and how to motivate you.”

There are five distinct aspects of ElliQ that help to create an authentic companion. First, the robot’s expressive voice and unique sounds allow ElliQ to convey its personality and engage with the user. Notifications can signal to users that ElliQ would like to interact with them or it could use a unique sound to remind users about their medication times. 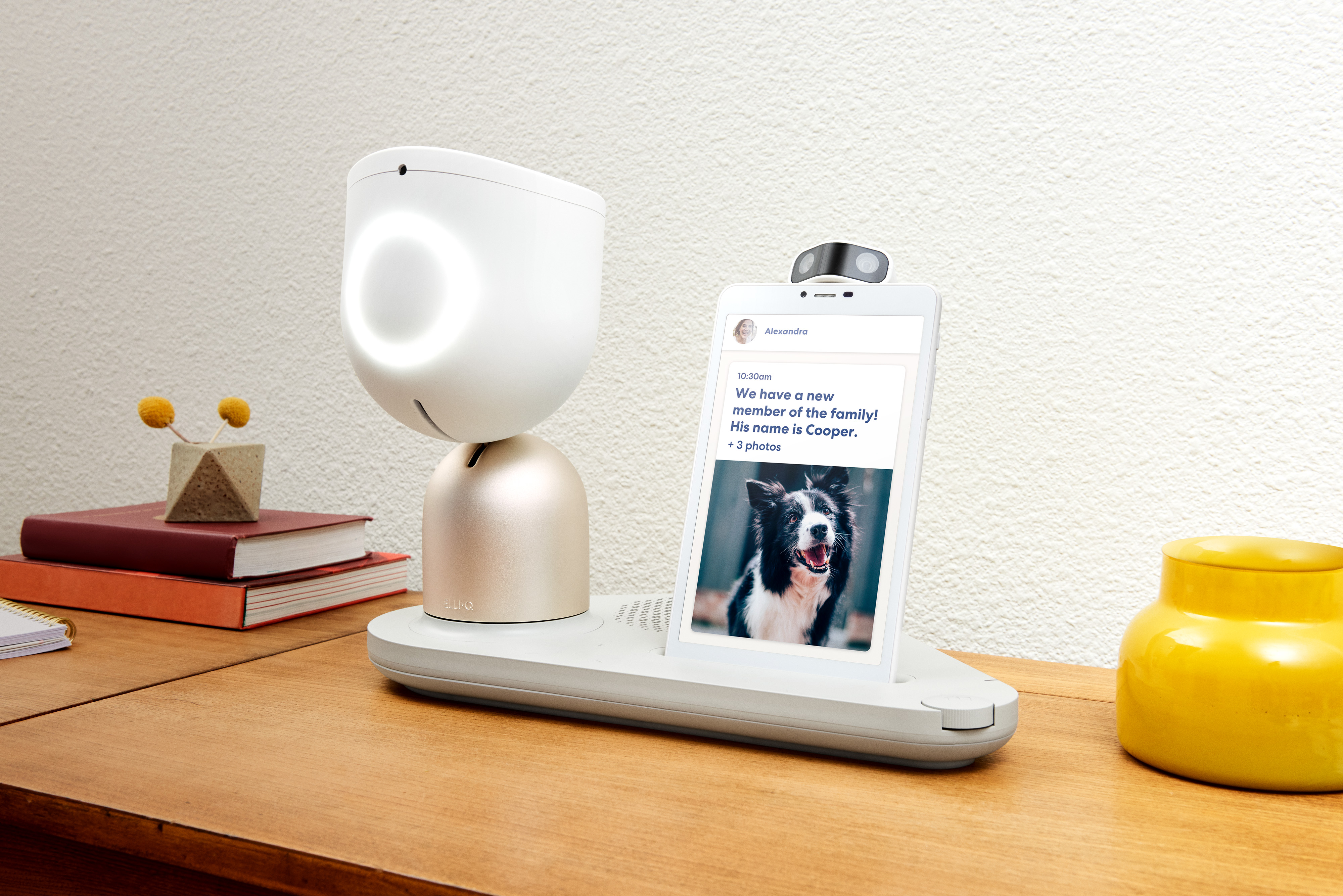 Next is its ability to move. ElliQ knows a wide range of gestures to utilize with three degrees of motion. The fourth aspect is lighting. ElliQ’s two LED arrays enable her to exhibit a range of expressions as well as call attention to various reminders. Finally, ElliQ has a detachable 2-D interface that can be used for activities such as video calls so that it doesn’t need to break character.

All five of these qualities come together to give ElliQ the unique ability to offer an engaging and authentic social interaction with the user.

Since Samsung NEXT made its investment in the company, Intuition Robotics introduced a beta trial in California and Florida, received a “Best of Innovation” award in the Smart Home category at CES 2018, and launched consumer pre-orders for ElliQ earlier this year.

As ElliQ gains adoption and begins working with more seniors, it will increasingly get better at meeting their individual needs. Along the way, Intuition Robotics’ AI assistant could become a model for how humans and machines will interact in the future.

If you would like to learn more about ElliQ or the dedicated team behind her take a look at the Samsung NEXT End of the Beginning video on artificial intelligence.