In rural Leesburg, Georgia (population barely 3,000) just about everyone in the town is painfully aware of the potential dangers of tractors, according to seventh-grade math and science teacher Brian Soash, who teaches at Lee County Middle School West Campus.

“The injuries and even fatalities associated with tractors have touched the lives of many families,” explained Soash.

So, when he presented the idea of entering the Samsung Solve for Tomorrow contest to some of his students, they identified the more specific need to prevent tractors from rolling over and the need to accelerate rescue when rollovers do happen.

The Samsung Solve for Tomorrow contest each year challenges 6ththrough 12thgrade students to come up with a solution for a community issue, using science, technology, engineering, arts and math (STEAM) skills.

According to Soash’s activity plan for the project, tractor rollovers cause 96 deaths a year, on average, and 70% of farms go out of business after an accident.At least one of the students on the school’s Samsung Solve for Tomorrow team has even been personally affected by tractor rollover incidents.

“My great uncle and my granddad’s friend both died in rollover accidents and my dad works with tractors on our farm so our Tractor Angel solution can keep him safer,” said Braylea P., a student member of the group. 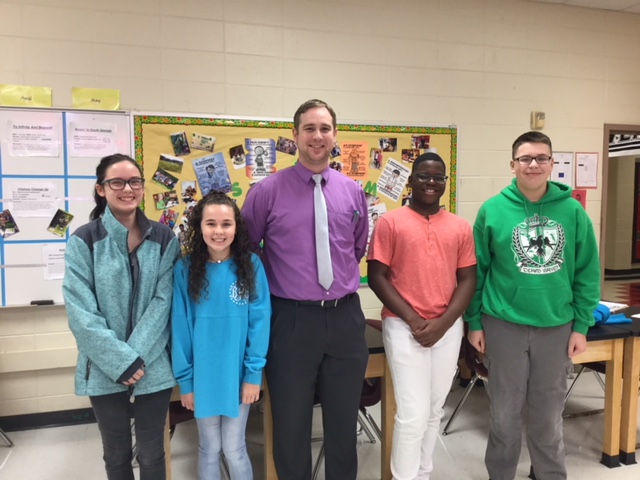 The Tractor Angel attaches to all tractor models, old and new, and uses real-time data on driving angles along with LED lights bright enough to see even in the daytime, to alert the operator to driving angles that could initiate a rollover. When alerted, the operator can alter their driving pattern and ideally prevent a rollover, but if the tractor does topple, the device automatically sends a text to a pre-programmed emergency contact with the tractor’s geographic coordinates. In an area where budgets are small and distances are vast, this two-fold prevention and alerting device could potentially save lives.

The team’s video project documenting their success landed them one of ten national finalist spots in the final phase of the contest in addition to a $50,000 technology prize from Samsung.

From Soash’s perspective, he wanted his students to know they can solve real-world problems and also make a difference in their agricultural community.

“There’s no reason why they can’t feel like a difference-maker, and now students are seeing that they can save lives,” Soash said. “Now that they see that they can do it, they have more confidence and a new perspective on things.”

Others at the school and in the community are taking notice of the new perspective as well.

“This is the first thing that we’ve been able to do with STEM that is truly getting the attention of everyone in the community,” Soash said. As chair of the school’s STEM program, he requires every student project involve a community partner.

“They need to understand the science – and be able to explain it,” he said.

Soash said becoming a national finalist team in the contest has increased student and community interest in the project and generated local news media attention.

“When we made it this far, kids started asking if it was too late to join,” he said. “They hear about the project and then connect it to something in their family. That’s the type of activation you want to result from an effort like this.”

The Lee County Middle School West Campus team will now present their project in front of a panel of judges at the contest’s pitch event in New York City this week, to compete for one of three grand prizes: A total of $150,000 worth of Samsung technology for their school.