“Samsung has been committed to bringing memory technologies to the cutting edge in allowing consumers to enjoy amazing experiences through their mobile devices. We are excited to stay true to that commitment with our new, top-of-the-line mobile solution for global device manufacturers,” said Cheol Choi, senior vice president of memory sales & marketing, Samsung Electronics. “With the introduction of a new product lineup based on our next-generation process technology later this year, Samsung will be able to fully address future memory demands from global customers.”

Data transfer rate for the 16GB LPDDR5 comes in at 5,500 megabits per second (Mb/s), approximately 1.3 times faster than the previous mobile memory (LPDDR4X, 4266Mb/s). Compared to an 8GB LPDDR4X package, the new mobile DRAM delivers more than 20-percent energy savings while providing up to twice the capacity. 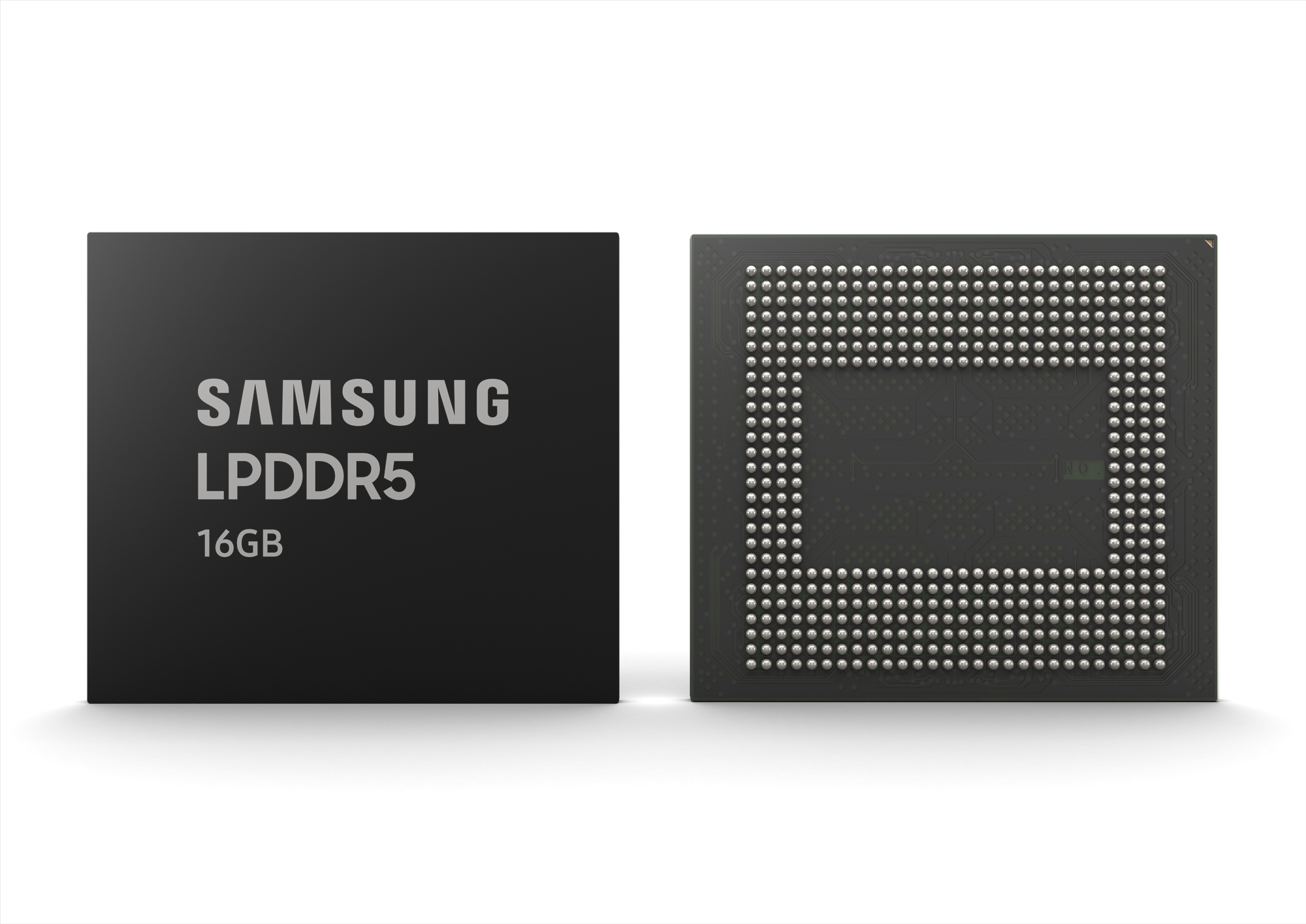 As Samsung continues to expand LPDDR5 mobile DRAM production at its Pyeongtaek site, the company plans to mass-produce 16Gb LPDDR5 products based on third-generation 10nm-class (1z) process technology in the second half of this year, in line with the development of a 6,400Mb/s chipset. Such relentless innovation is expected to well-position Samsung to further solidify its competitive edge in markets such as premium mobile devices, high-end PCs and automotive applications.