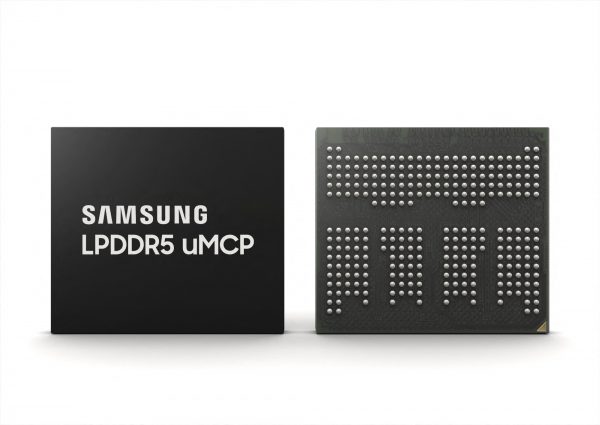 “Samsung’s new LPDDR5 uMCP is built upon our rich legacy of memory advancements and packaging know-how, enabling consumers to enjoy uninterrupted streaming, gaming and mixed reality experiences even in lower-tier devices,” said Young-soo Sohn, vice president of the Memory Product Planning Team at Samsung Electronics. “As 5G-compatible devices become more mainstream, we anticipate that our latest multichip package innovation will accelerate the market transition to 5G and beyond, and help to bring the metaverse into our everyday lives a lot faster.”

Based on the latest mobile DRAM and NAND interfaces, Samsung’s uMCP can deliver lightning-fast speed and high storage capacity at very low power. This combination will allow more consumers to immerse themselves in numerous 5G applications that were previously only available on premium flagship models, including advanced photography, graphics-intensive gaming and augmented reality (AR). Such flagship-level capabilities are made possible by a nearly 50% improvement in DRAM performance, from 17 gigabytes per second (GB/s) to 25GB/s, and a doubling of NAND flash performance, from 1.5GB/s to 3GB/s, over the previous LPDDR4X-based UFS 2.2 solution.

The new uMCP also helps to maximize space efficiency within a smartphone by integrating DRAM and NAND storage into a single compact package that measures only 11.5mm x 13mm, allowing more space for other features. With DRAM capacities ranging from 6 gigabytes (GB) to 12GB and storage options from 128GB to 512GB, the Samsung uMCP can be easily customized to accommodate the diverse needs of 5G smartphones throughout the mid- and high-end segments.