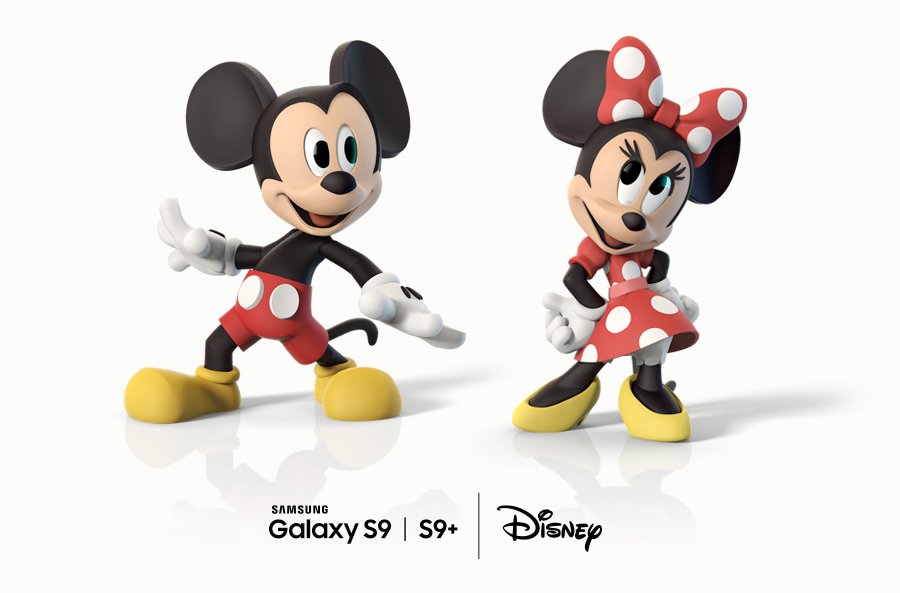 SEOUL, Korea – March 16, 2018 – Samsung Electronics Co., Ltd. and Disney are bringing beloved Disney characters to life as new AR Emojis for the Galaxy S9 and Galaxy S9+. Starting today, Galaxy S9 and Galaxy S9+ users will be able to access classic Disney characters – Mickey Mouse and Minnie Mouse– directly from their phone to create personalized messages. For the first time ever, these Disney characters are coming to life in an augmented reality setting for communications and messaging. Characters from favorite Disney films including The Incredibles, Zootopia, and Frozen will roll out throughout the year.

“By extending our characters and stories to new digital platforms, we are creating daily Disney experiences everywhere our audience goes, and we are able to draw in new generations of fans,” said John Love, Vice President, Apps at Disney Consumer Products and Interactive Media. “The Disney AR Emojis offer an innovative approach to content for the Galaxy S9 and S9+ and a fun way to bring magic to messages.”

“With more than 6 billion emojis sent daily, our goal with developing AR Emoji was to provide a fun, exciting way to communicate and a new way to bring animated images to life,” said Younghee Lee, CMO and Executive Vice President of Samsung Electronics. “We knew there was no one better to partner with than Disney – creator of some of the most beloved characters in history – to make our AR Emojis the happiest faces on earth and give our users access to the most popular characters to share with friends across platforms.”

Beginning on March 16, users with Galaxy S9 and S9+ smartphones can download Disney characters from the AR Emoji mode on their camera.

[1] Availability of eighteen pre-set stickers varies by emoji and does not include Disney characters at this time.

Samsung Care: Coming to a Zip Code Near You