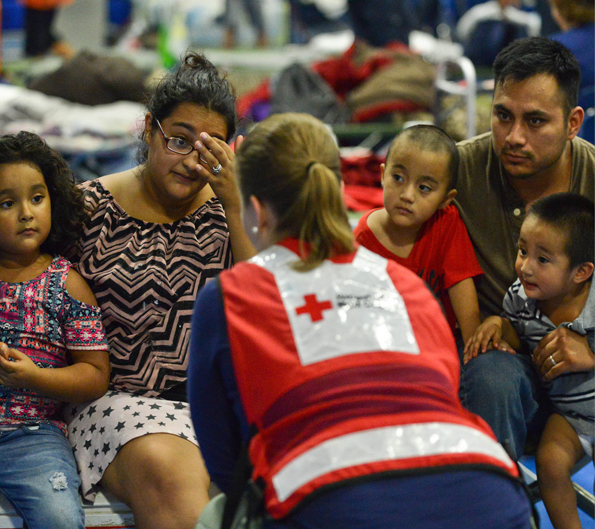 RIDGEFIELD PARK, N.J., August 29, 2017 – Samsung Electronics America, Inc., Samsung Austin Semiconductor, Inc., and Samsung Semiconductor, Inc. today announced a collective donation of $1 million to the Hurricane Harvey relief efforts in Texas and the surrounding southeast region of the U.S. impacted by the storm. Samsung is contributing a combination of cash funds and in-kind product donations, giving $500,000 to the American Red Cross’s on-site relief efforts and another $500,000 to local charity partners and schools in the form of Samsung products – including washing machines, dryers, charging stations, tablets and laptops, as well as employee volunteerism.

“With more than 10,000 members of the Samsung family based in Texas, the devastation of Hurricane Harvey is personal to us and we are committed to ensuring our team members and their families have what they need to get back on their feet,” said Tim Baxter, President and CEO, Samsung Electronics North America. “Our focus is on supporting the brave first responders and charitable organizations that are working tirelessly to keep others safe, and on providing what comfort we can to those who are impacted, both financially and in the form of products like charging stations, washing machines, dryers and mobile devices.”

The in-kind product donations that Samsung is contributing are intended to help replace items that were destroyed during the storm, and are otherwise in short supply across impacted communities: