New suite of memory and storage technologies will collectively transform how data is moved, stored, processed and managed in the big data era

To maximize data center efficiency in an increasingly data-driven world, Samsung introduced a next-generation storage technology, ‘Petabyte Storage’. The new solution will allow a single server unit to pack more than one petabyte of storage, enabling server manufacturers to sharply increase their storage capacity within the same floor space with a minimal number of servers. High server utilization will also help to lower power consumption.

Samsung announced its ‘Memory-semantic SSD’ that combines the benefits of storage and DRAM memory. Leveraging Compute Express Link (CXL) interconnect technology and a built-in DRAM cache, Memory-semantic SSDs can achieve up to a 20x improvement in both random read speed and latency when used in AI and ML applications. Optimized to read and write small-sized data chunks at dramatically faster speeds, Samsung’s Memory-semantic SSDs will be ideal for the growing number of AI and ML workloads that require very fast processing of smaller data sets.

As SSDs become more widely adopted in data centers, technology to manage these storage drives with the highest degree of reliability is becoming increasingly critical. Samsung’s telemetry technology gathers human-readable metadata from key components inside customers’ SSDs such as NAND flash and DRAM as well as SSD controllers and firmware. Based on this broad set of telemetry information, data centers can detect and prevent any potential problems ahead of time, enabling a more reliable and efficient operation. 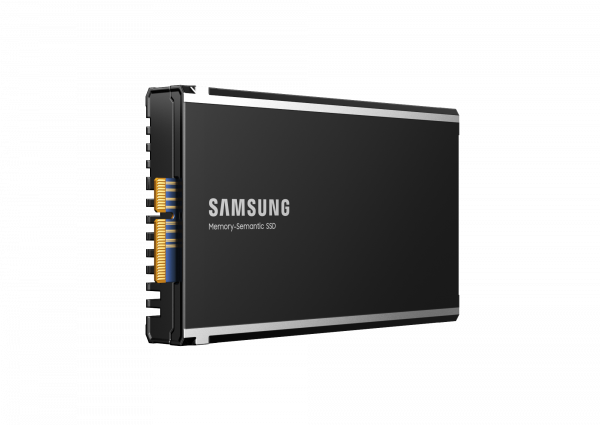 Updates to Prior Milestones

The industry’s first UFS 4.0 mobile storage, developed by Samsung in May, is scheduled to enter mass production this month. The new UFS 4.0 will be a critical component in flagship smartphones that require large amounts of data processing for features like high-resolution images and graphics-heavy mobile games, and will later be used in mobility, VR and AR.

Samsung also announced market availability of two enterprise SSDs. Its PM1743, a CES 2022 Innovation Awards honoree, is the industry’s first PCIe 5.0 SSD, while the PM1653 is the first 24G SAS SSD, both now in mass production. The company further highlighted its paradigm-shifting SmartSSD and CXL DRAM, which have been designed to avoid bottlenecks in current memory and storage architectures.

“The IT industry is facing a new set of challenges brought on by the explosive growth in big data, and this underscores the importance of a robust, cross-industry ecosystem,” said Jin-Hyeok Choi, keynote speaker and executive vice president of Memory Solution & Product Development at Samsung Electronics. “We are committed to developing transformative memory technologies that can bring far-reaching changes in how we move, store, process and manage data for future AI, ML and HPC applications, as we navigate these challenging tides together with industry partners.” 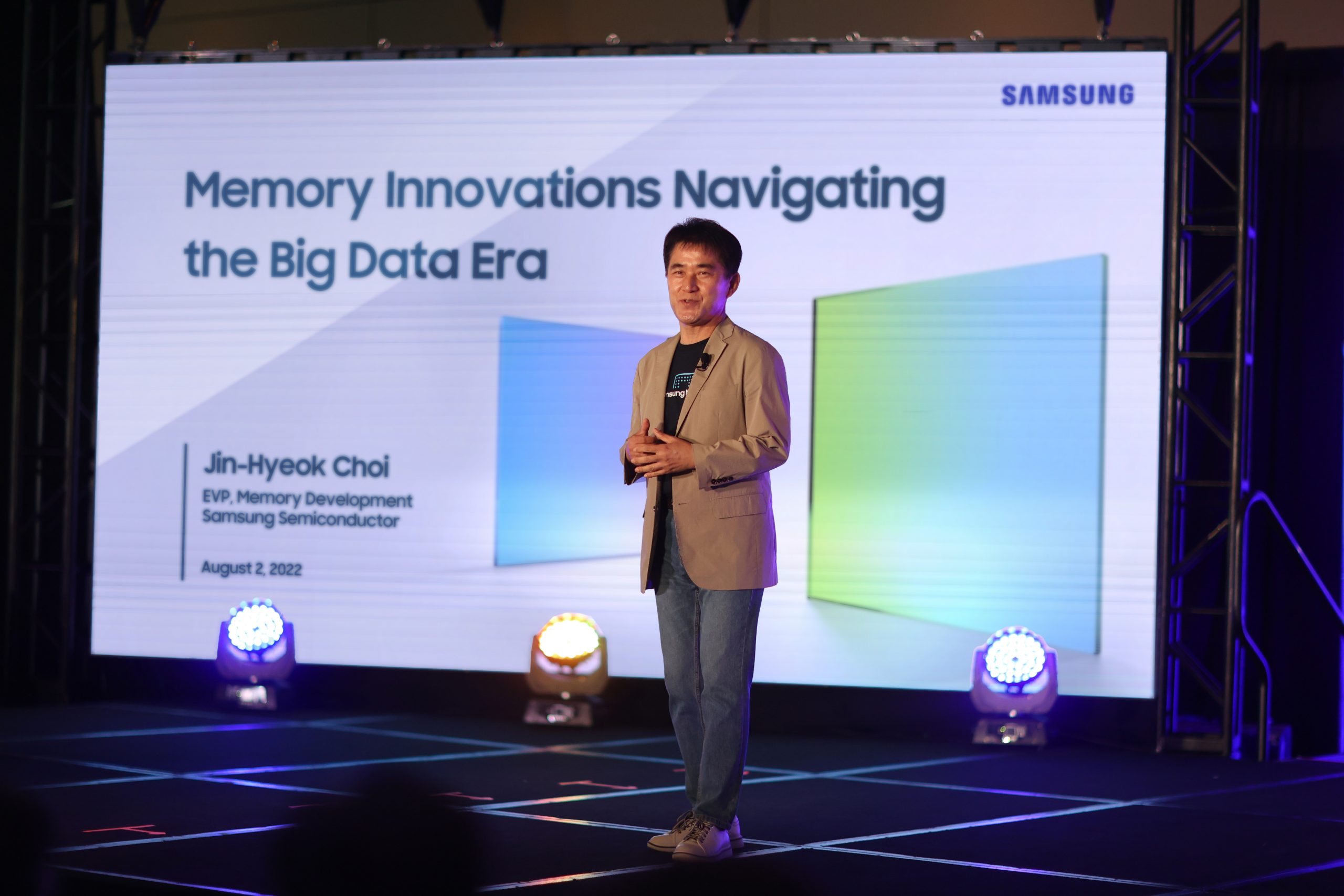