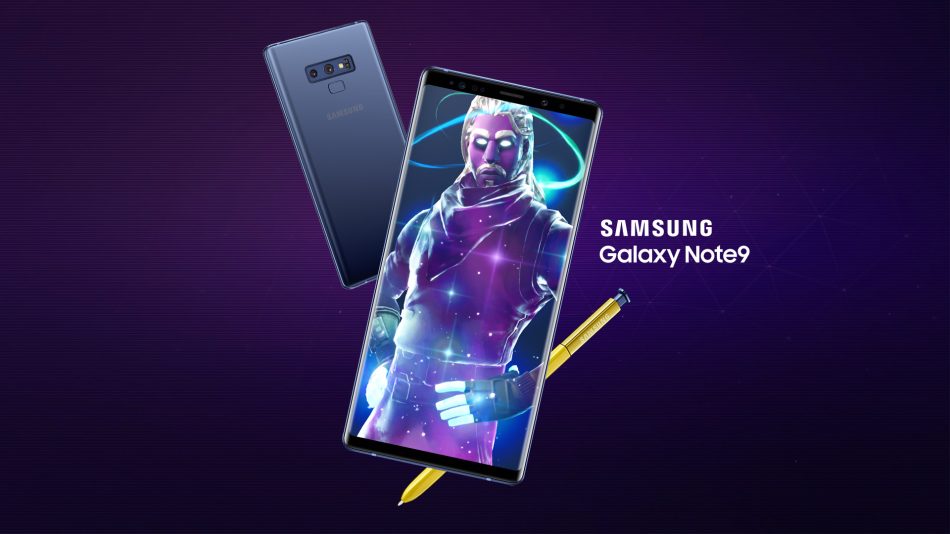 In a star-studded ceremony in New York City last night, Samsung Electronics America’s marketing team was recognized with a Webby Award in the category of Advertising, Media & PR – Mobile Campaigns for its popular “Samsung x Fortnite: The Galaxy Skin” campaign launched in August 2018.

Hailed as the “Internet’s highest honor” by The New York Times, The Webby Awards is the leading international awards organization honoring excellence on the Internet, including Websites, Video, Advertising, Media & PR, Apps, Mobile and Voice, Social, Podcasts, and Games. Winners are selected by members of the International Academy of Digital Arts and Sciences (IADAS).

The Samsung and Epic Games partnership was revealed on a worldwide stage during the August 2019 Galaxy Note9 Unpacked event in Brooklyn, NY. In addition to all of the the smartphone’s new performance-focused hardware that mobile gamers crave, the Galaxy Note9 cut to the core of the Fortnite phenomena with an exclusive, first-of-its-kind Galaxy Skin that players could only get by purchasing the device.

“At Samsung we’re always trying to push the limits of mobile experiences and partnering with Epic Games helped us break new ground for millions of Fortnite players that want the game on-the-go,” said Patricio Paucar, Vice President of Marketing for Samsung Electronics America.

In collaboration with R/GA, the mobile campaign consisted of high-profile partnerships with some of the world’s most well-known gamers and influencers that received real-life “Supply Boxes” – a play on Fortnite gameplay terminology – that contained the Galaxy Note9 smartphone with the exclusive Fortnite “skin.” Tyler ‘Ninja’ Blevins, professional gamer and internet personality, was the first to unveil the Galaxy Skin during a Twitch livestream in front of his millions of fans.

The Galaxy Skin instantly became one of the most talked about and most-wanted skins in Fortnite. Furthermore, the campaign generated approximately 2.6 billion social media impressions and contributed to a lift in sales of the Galaxy Note9 device.

“True cross-platform gameplay is finally a reality and this partnership was an important milestone in how Samsung is helping to shape the future of mobile gaming — Galaxy Skin has become a symbol of Samsung innovation that is still celebrated today when spotted in-game by Fortnite players,” added Paucar. “Samsung is honored to receive this Webby Award which is a real testament to all of our teams that strive to deliver innovative experiences for our customers daily.”

For more information on The Webby Awards visit http://www.webbyawards.com/winners-announced-23rd-annual-webby-awards/.