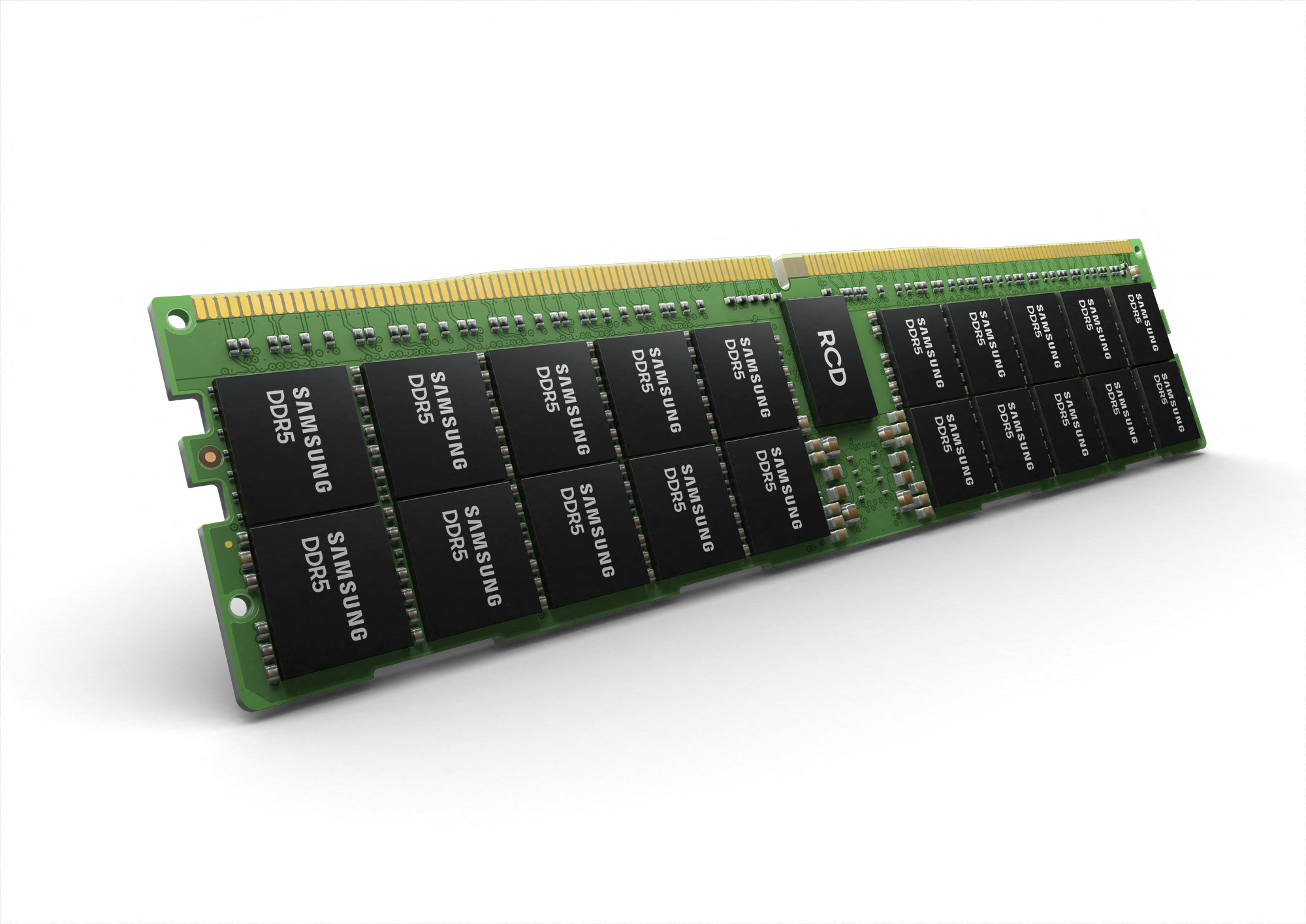 Samsung Electronics Co., Ltd., the world leader in advanced memory technology, today announced that it has expanded its DDR5 DRAM memory portfolio with the industry’s first 512GB DDR5 module based on High-K Metal Gate (HKMG) process technology. Delivering more than twice the performance of DDR4 at up to 7,200 megabits per second (Mbps), the new DDR5 will be capable of orchestrating the most extreme compute-hungry, high-bandwidth workloads in supercomputing, artificial intelligence (AI) and machine learning (ML), as well as data analytics applications.

“Samsung is the only semiconductor company with logic and memory capabilities and the expertise to incorporate HKMG cutting-edge logic technology into memory product development,” said Young-Soo Sohn, Vice President of the DRAM Memory Planning/Enabling Group at Samsung Electronics. “By bringing this type of process innovation to DRAM manufacturing, we are able to offer our customers high-performance, yet energy-efficient memory solutions to power the computers needed for medical research, financial markets, autonomous driving, smart cities and beyond.” 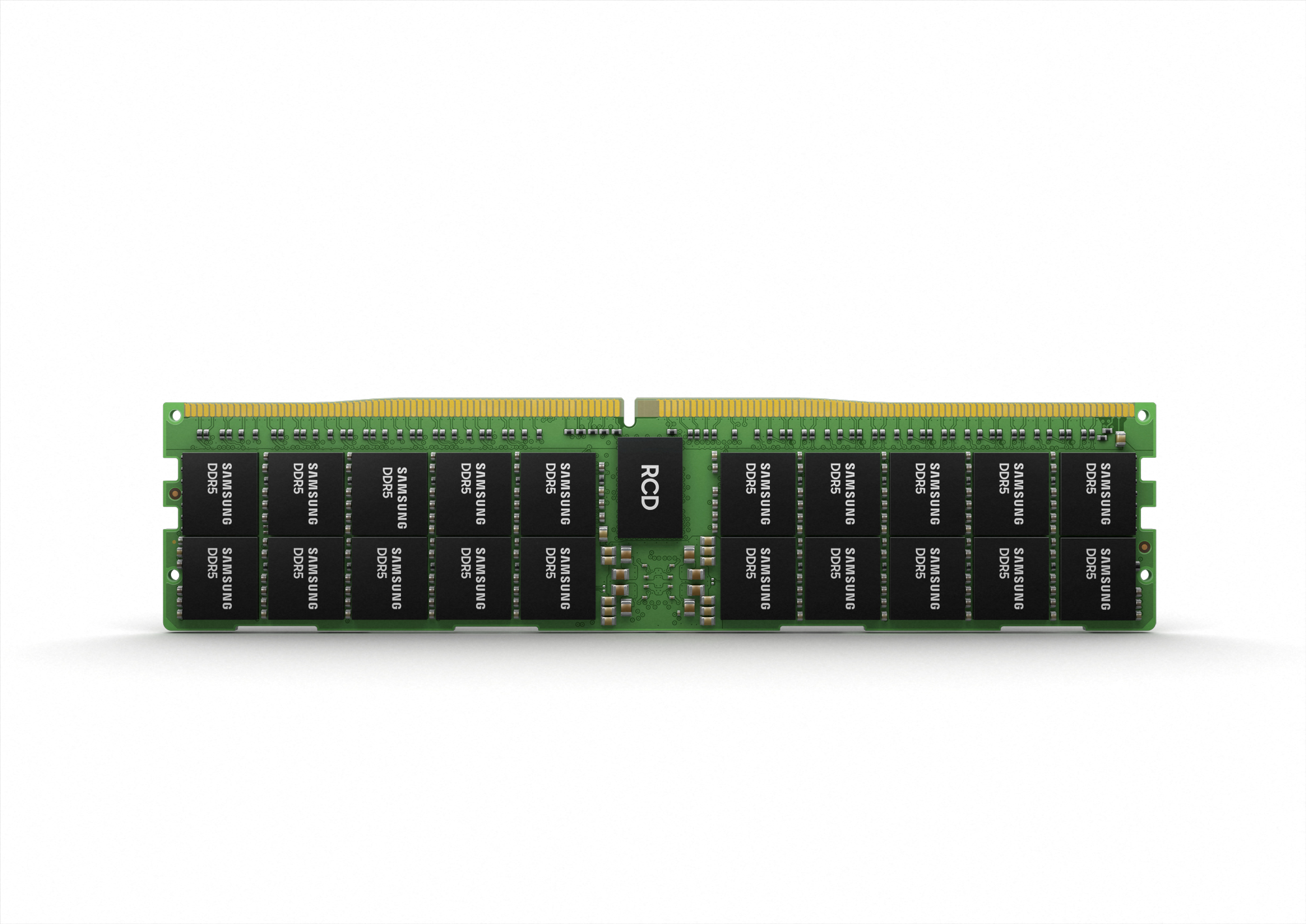 “As the amount of data to be moved, stored and processed increases exponentially, the transition to DDR5 comes at a critical inflection point for cloud data centers, networks and edge deployments,” said Carolyn Duran, Vice President and GM of Memory and IO Technology at Intel. “Intel’s engineering teams closely partner with memory leaders like Samsung to deliver fast, power-efficient DDR5 memory that is performance-optimized and compatible with our upcoming Intel Xeon Scalable processors, code-named Sapphire Rapids.”

Samsung’s DDR5 will utilize highly advanced HKMG technology that has been traditionally used in logic semiconductors. With continued scaling down of DRAM structures, the insulation layer has thinned, leading to a higher leakage current. By replacing the insulator with HKMG material, Samsung’s DDR5 will be able to reduce the leakage and reach new heights in performance. This new memory will also use approximately 13% less power, making it especially suitable for data centers where energy efficiency is becoming increasingly critical.

The HKMG process was adopted in Samsung’s GDDR6 memory in 2018 for the first time in the industry. By expanding its use in DDR5, Samsung is further solidifying its leadership in next-generation DRAM technology.

Leveraging through-silicon via (TSV) technology, Samsung’s DDR5 stacks eight layers of 16Gb DRAM chips to offer the largest capacity of 512GB. TSV was first utilized in DRAM in 2014 when Samsung introduced server modules with capacities up to 256GB.

Samsung is currently sampling different variations of its DDR5 memory product family to customers for verification and, ultimately, certification with their leading-edge products to accelerate AI/ML, exascale computing, analytics, networking, and other data-intensive workloads.