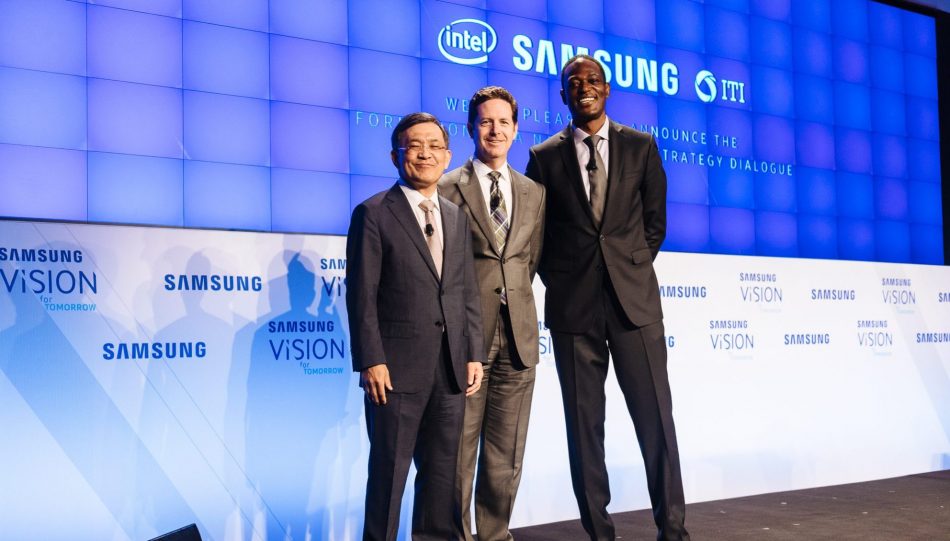 WASHINGTON, D.C. – Intel and Samsung today announced the formation of the National IoT Strategy Dialogue, an initiative to convene like-minded industry partners and organizations to collaboratively develop strategic recommendations for U.S. policy makers on the Internet of Things (IoT). The initiative, to be managed by the Information Technology Industry Council (ITI), will convene ITI’s member companies as well as other industry stakeholders.

The launch of the National IoT Strategy Dialogue coincides with the new Department of Commerce IoT proceeding and the pending bicameral and bipartisan Developing Innovation and Growing the Internet of Things (DIGIT) Act – which would establish a working group of federal agency leaders to provide recommendations to Congress on how to plan for and encourage the proliferation of the IoT in the U.S. – in consultation with industry.  The launch of this new IoT initiative answers the call of a chorus of technology leaders seeking a forum to proactively coordinate and drive industry’s role in this process and help policymakers enable the U.S. to fully realize the vast benefits of IoT for economic and societal good.

Vice Chairman and CEO of Samsung Electronics Dr. Oh-Hyun Kwon, “We look forward to working with Intel, ITI and other stakeholders in Washington to find the collaborative path forward in bringing the transformative benefits and solutions of IoT to scale.”

“Intel looks forward to collaborating and driving recommendations with fellow ITI members, industry stakeholders and federal policy makers to help enable US IoT leadership,” stated Doug Davis, senior vice president of IoT at Intel. “The National IoT Strategy Dialogue is consistent with the goals of the pending DIGIT Act and as a co-founder Intel is pleased to help drive this important technology transformation in the US.”

“ITI is very excited to host this critically important initiative,” said ITI President and CEO Dean Garfield. “Samsung, Intel, and our member companies, representing the biggest global names in tech, have been at the forefront of the evolution of IoT. Together, we will harness the inventive spirit and capability of these innovative companies and organizations to chart a clear path forward on IoT for U.S. policy makers.”

Samsung, Intel and a broad base of other ITI member companies have been actively engaged in driving a pro-innovation policy environment that would enable U.S. leadership in the global IoT future. Both Intel and ITI called for the formation of a National IoT Strategy when testifying before Congress last year. In addition, ITI’s member companies, including Intel, Samsung, and other technology leaders, developed IoT principles for advocacy outreach with government officials.