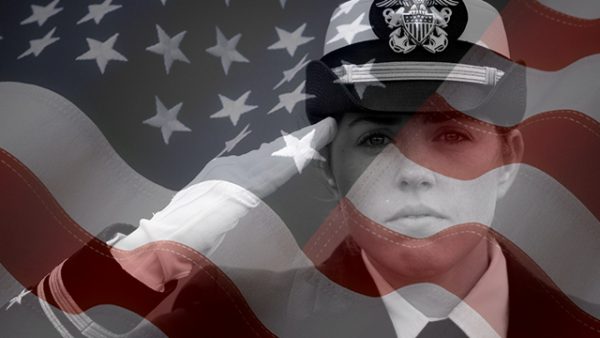 RIDGEFIELD PARK, N.J., November 7, 2017 — As the nation prepares for a day of remembrance and lauds the brave Americans who have fought to defend the freedoms of this country, Samsung Electronics America, Inc. is proud to reaffirm its ongoing commitment to making a meaningful impact, through a series of citizenship contributions dedicated to the veteran and military community.

For more than 20 years and with its footprint of 18,500 employees across the United States, Samsung has used its technology and resources to enhance the lives, experiences and opportunities for military communities nationwide. At Samsung, we are proud to employ veterans, who not only serve as a constant source of inspiration, but who lead many of our veterans-related community initiatives.

“At Samsung, supporting former and current U.S. military service members and their families is close to our heart,” said Tim Baxter, President and CEO of Samsung Electronics North America. “Samsung is proud to work with organizations across the country that help veterans and military families connect, build communities, and live successful and enriching lives. We honor them and thank them for their service.”

To mark Veterans Day, Samsung will engage in a number of initiatives across the organization designed to contribute to the lives of military personnel, veterans, and their families. Throughout Samsung’s offices, all monitors will feature profiles of Samsung employees who served in the military as a symbol of gratitude for their efforts in serving this country. Samsung is particularly passionate about helping veterans and their spouses who, after completing their service, are looking to successfully transition into the workplace. The Samsung Electronics America Veterans Community, which was founded with a dozen employees in November of 2016, now includes more than 100 veterans and family members who focus on engagement outreach, volunteering, and mentorship of newly hired veterans. The Veterans Community at Samsung will also continue to support its work with Operation Gratitude as employees actively put together care packages for military families.

Samsung’s newest partnership with the Harvest Hope Food Bank in South Carolina will bring over 1,000 Pack 2 Feed boxes to veterans in the area. This is a market where the military has a tremendous presence and impact, and where Samsung is calling home to its new home appliance manufacturing facility. Samsung will additionally partner with two local American Legion Posts in South Carolina to provide a free Veterans Day luncheon to area service members.

Samsung is proud to work closely with and provide support to a variety of the important veterans-facing organizations in the United States including:

In 1996, Samsung endowed a scholarship fund of $5 million to the America Legion, which has resulted in close to 2,000 high school students receiving scholarships and helping propel undergraduate degrees from over 500 colleges and universities in almost every state across the country. Meant to show appreciation for U.S. veterans who came to Korea’s aid during its struggle against communist forces in the Korean War, the Samsung American Legion Scholarship Program established a series of scholarships derived from interest and other income from the principal amount.

Samsung donated $1 million to the Korean War Veterans Memorial Maintenance Fund (KWVMF) to continue important preservation and grounds keeping for this historic site in Washington, D.C. The donation has ensured the continued upkeep and care of the Korean Memorial grounds, including the 19 sculptures representing members of the U.S. Armed Forces, the Memorial Wall filled with over 2,500 etched photos depicting personnel and scenes of the war, and the Pool of Remembrance dedicated to those killed, wounded or missing in action.

Samsung is proud to be a longstanding partner of Fisher House Foundation, which provides military families with housing close to a loved one during hospitalization. In 2015, Samsung committed to a $500,000 financial technology partnership, which has included donations of more than 250 tablets to Fisher Houses nationwide for enhanced communications between loved ones, Samsung technology for more than 25 houses across the organization’s network, and construction funding for four new homes being built in Charleston, South Carolina, Fort Hood, Texas, Omaha, Nebraska, and Palo Alto, California in the next few years. Since 2015, nearly 10,000 families have interacted with the tablets during their stays.

Through a $400,00 grant in 2016, Samsung has provided scholarships to more than 50 veterans in the Vets in Tech program, giving them the opportunity to receive training in coding and web development and helping them to transition into successful careers in technology. Vets in Tech is the only non-profit devoted 100% to getting veterans into the tech industry. Samsung was recently awarded with the Vets in Tech Education Award, in recognition of their commitment to education for our Veterans.

Samsung’s 2015 $100,000 scholarship fund to help New Jersey-based military spouses of military personnel and veterans has resulted in more than 70 individuals receiving scholarships over the past two years to pursue education in the STEM (science, technology, engineering and mathematics) fields. To date, more than 50% of the 70 military spouses have completed their degrees and of them, 64% have secured a job, or a new, higher-paying one. With a national military spouse unemployment rate that is 3x the national average, Samsung is honored to help equip this network.

Building on the legacy Joining Forces military hiring initiative begun in 2016, Samsung Electronics America and Samsung Austin Semiconductor is pleased to have exceeded our collective goal to support veterans and family members through employment opportunities. In conjunction with this job creation goal, Samsung’s Talent Acquisition team engaged in 13 Veteran Career events this past year, from Dallas to Fort Hood, TX, and New Jersey, to identify relevant hiring opportunities for both veterans and military spouses.

Learn more about Samsung’s corporate citizenship initiatives, including our ongoing work with veterans from across the United States, please visit here. For further information: Please visit our #SamsungSalutes hashtag on Twitter.