Samsung Electronics America partnered with The Atlantic magazine, last week, to host an intimate roundtable dinner at The Lambs Club in New York City. The editorially-driven event brought together a group of 25 leaders in the technology space, from startup founders, CTOs and academics to established executives including Marc Mathieu, Chief Marketing Officer for Samsung Electronics America and Arianna Huffington, Founder and CEO of Thrive Global.

The group participated in a thought-provoking debate, hosted by The Atlantic’s publisher, Hayley Romer and co-moderated by Steve Clemmons and Derek Thompson, editors at the publication, over the evolving role of technology in our lives.

Machine learning, artificial intelligence and the etymology of “technology,” were all discussed.

“We think about technology as something new, but the Greeks were talking about it long before they had cell phones,” Mathieu noted.

Mathieu and Huffington, who recently collaborated to launch the Thrive App exclusively in the Samsung Galaxy App Store in January, highlighted their companies’ shared philosophy that technology, when properly managed, not only has the power to make humans more efficient, but can also protect our humanity when coupled with “smart usage.” Mathieu highlighted how everything his team does at Samsung, they do for “human progress – not just progress for its own sake.” “If you’re making the products that are shaping the future, you should also be having conversations like we are having tonight about their potential impact on society,” Mathieu added. 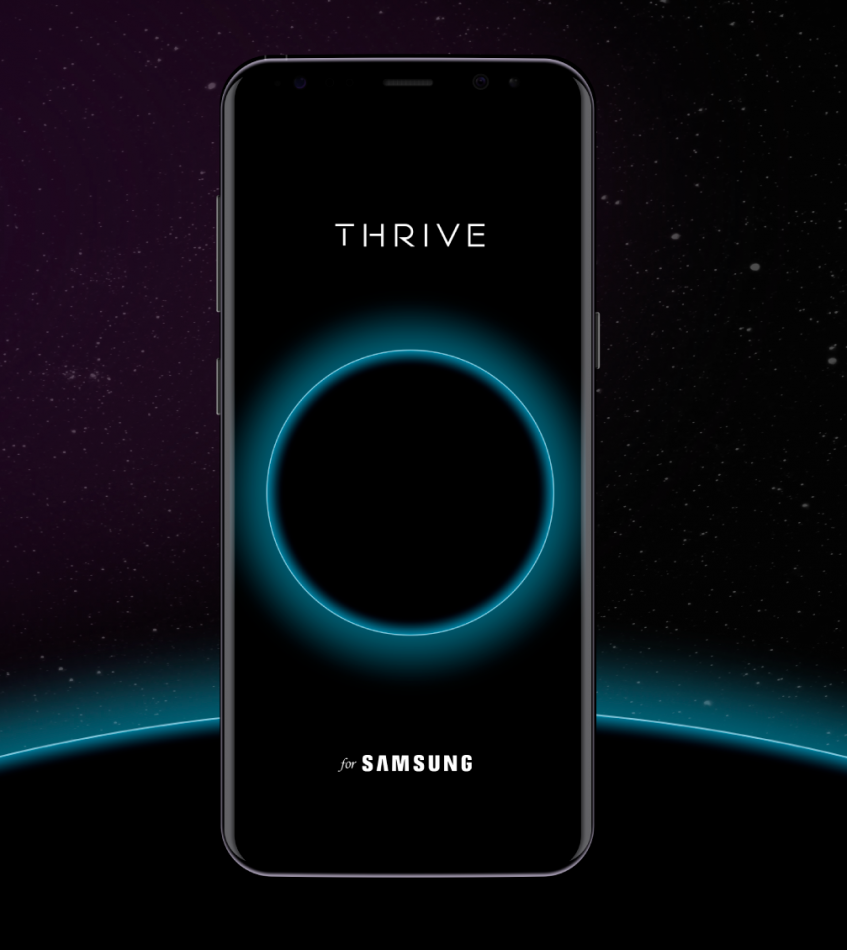 The Thrive app was built to be a tool to help people have a better relationship with technology by enabling users to take a break from their phones and spend time doing whatever it is that makes us more human. Some of the app’s features include putting your phone on “Thrive Mode” which limits notifications, calls and texts from everyone except those on your VIP list, enabling Auto Reply which lets others know you’re taking time away from your phone and utilizing App Control which helps you set goals for how much you use specific apps and also monitors usage of other apps.

Both Mathieu and Huffington explained how the Thrive app is an example of their joint efforts to use technology as an enabler to help us understand when enough is enough. As Huffington explained, “A lot of us at this table likely consider ourselves ‘always on’ but we should never lose our humanity along the way. This app is intended to give us a defense against tech addiction through an awareness of the hours we spend on social media each day and to understand how to shut it off.”

“We should think about technology the same way that we think about electricity,” added Mathieu, “We sleep better with the lights off and sometimes we enjoy a candlelit dinner.”