Last month, Samsung took its commitment to veterans to even greater heights through a new partnership with the Honor Flight Network.

Every year, this tremendous organization flies America’s Veterans from all over the country to Washington, D.C. to visit the memorials dedicated in honor of their service and sacrifice.

On November 2, Samsung sponsored one such trip, which saw thirty-eight veterans from across the country arrive to spend a day touring our nation’s capital with their loved ones. As a company with a Korean heritage, Samsung is particularly grateful for the incredible sacrifices made by members of the U.S. military during the Korean War. Without American support on the battlefield and in the massive rebuild effort that followed, Samsung would not be here today.

It was a truly special day to witness these men who fought for our country’s freedom – often in indescribably difficult circumstances – take stock of the magnificent structures built in their honor. 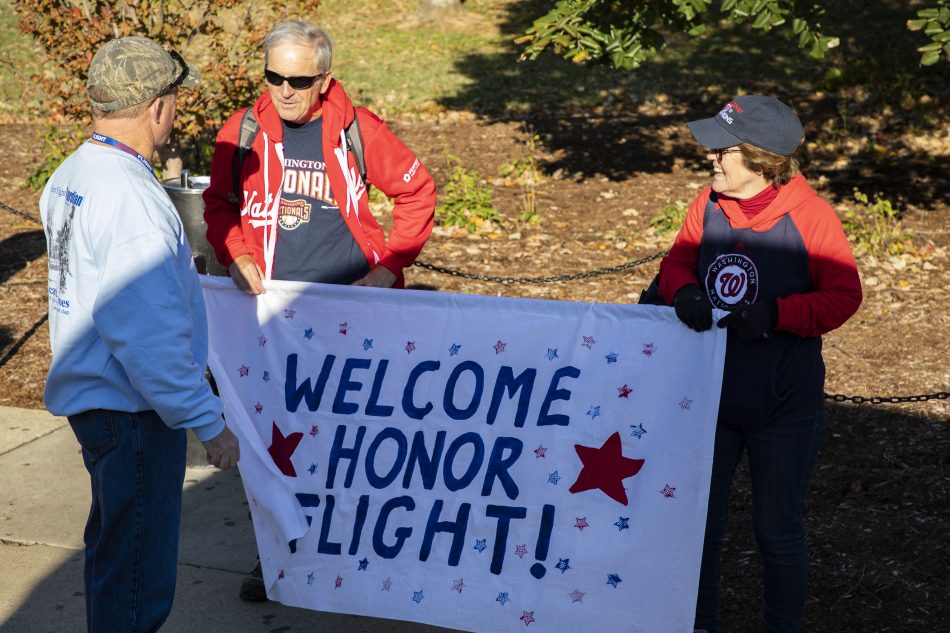 Our day began at 7:30 AM where all boarded the bus from Baltimore/Washington International Thurgood Marshall Airport and drove to our nation’s capital to start the tour at the World War II, Korean and Vietnam War Memorials. The tours were followed by lunch at the Navy Memorial & Museum at the Navy Yard in Southeast DC. Samsung then accompanied the honorees to Arlington National Cemetery to witness the Changing of the Guard ceremony.

Though normally conducted in complete silence, the guards loudly scuffed their heels during the ceremony, as a mark of respect to the Veterans who sat in the front row, watching the 82-year-old ritual take place. 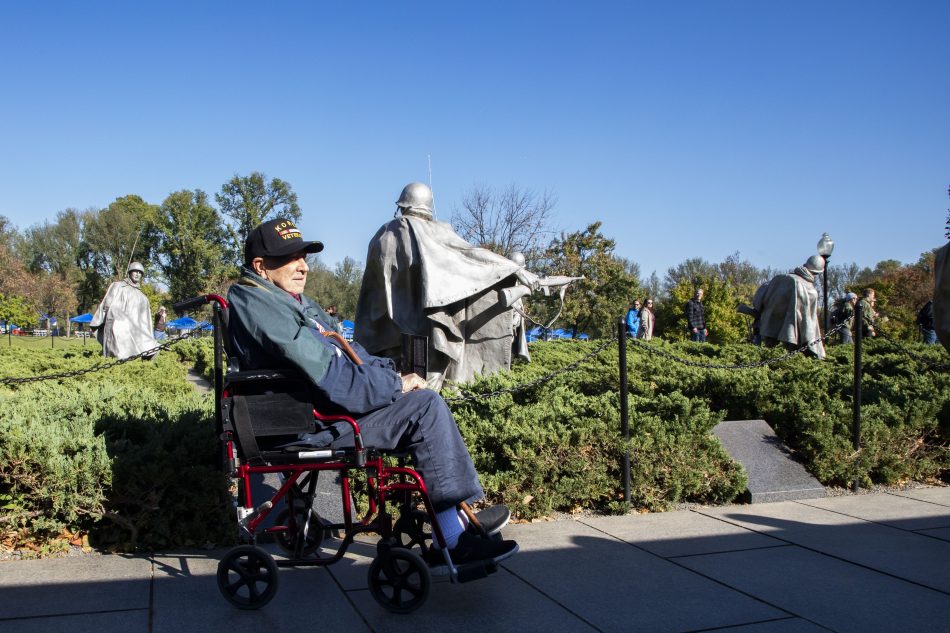 The day closed with a visit to the Air Force and Marine Corps Memorials, before the group sat down to dinner at the Columbus Club of Arlington where the Deputy Secretary of Veteran’s Affairs, John J. O’Sullivan, greeted the group with an opening speech.
Learn more about Honor Flight by visiting their website at https://www.honorflight.org/.

The Human Imperative of Experience-Driven Design