Occurring at the Samsung Networks booth (South Hall S616), Samsung and Sprint will build upon their recent test of the technology earlier this year in Suwon, South Korea. There, the companies tested Massive MIMO on the 2.5 GHz spectrum in the real-world environment. Sprint wrote test cases and scenarios, and Samsung provided the infrastructure, network design, operation, data collection, and data processing resources. The test demonstrated the high potential of Massive MIMO to deliver gigabit LTE services in dynamic, urban environments.

With its latest demonstration at MWC Americas, Samsung is showcasing its roadmap for advancing the commercial development of a 64T/64R solution.  Additionally, the demonstration shows their commitment to LTE Advanced technologies and 5G cellular networks through Massive MIMO hardware, and will highlight the latest milestones attainable with this technology including the increase in cell peak throughput by up to 8 times, and average cell throughput by over 3 times, compared to current commercial deployment.

According to Mr. Daryl Schoolar, Practice Leader for Next Generation Infrastructure at Ovum, “Massive MIMO provides mobile operators with one of the most efficient ways of adding capacity to their LTE networks, and will eventually support their 5G networks. The Samsung-Sprint massive MIMO trial show the benefits of this technology in a real-world situation.”

Samsung will begin commercializing these Massive MIMO solutions in October 2017 on the TDD band and in 2018 on the FDD band. 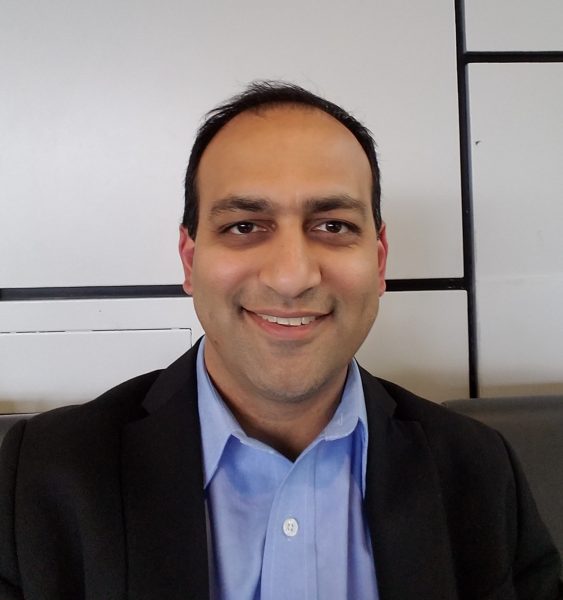 Alok, who joined Samsung in 2011, has nearly 20 years of strategy, technical marketing, product management and engineering experience in the wireless industry. Prior to Samsung, Alok served as senior product marketing manager at Freescale and principal technology analyst at Vanu, Inc., where he was responsible for developing technology strategies, partner ecosystems, competitive intelligence and wireless industry market research. Alok previously worked in engineering and product management roles at Vanu and Motorola where he was involved in the design, development and testing of wireless systems software and devices.

Alok holds Bachelor’s and Master’s degrees in electrical engineering from the Massachusetts Institute of Technology.