Why Samsung TVs with ‘Ambient Mode’ are like No Other 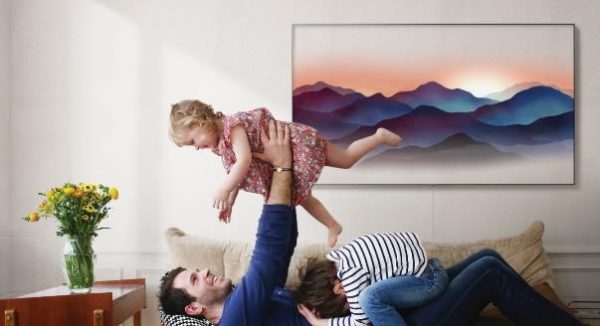 While Samsung TVs are packed with easy-to-use functions from the Effortless Login feature to the Universal Guide, many people find a looming black screen to be an eyesore, and some even hide them out of sight in cabinets. With that in mind, the engineers at Samsung set out to answer the question “How can a TV actually enrich a living space?”

At Samsung, innovation is part of our DNA. It’s typical to see product designers consistently focused on how to improve functions of a product when it’s in use, but one Samsung design team recently challenged themselves to think outside the box and innovate with how our Smart TVs function when they’re turned off. Here’s the story of how “Ambient Mode” was born.

“My team researched lots of customers’ behaviors. Many users did not want to see the black screen in their living rooms when the TV was off,” said Yoojin Choi, a UX Designer at Samsung. They came up with the idea of making the screen “transparent” when not in use. In this mode, users can choose to use the TV screen to display pictures, information such as news or weather forecasts, or make it seamlessly blend in with whatever is behind it. 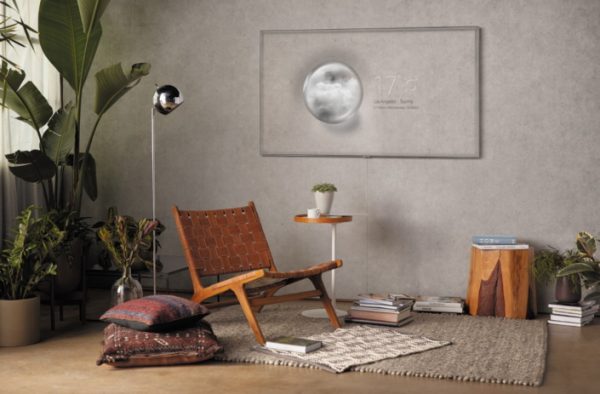 TVs are turned on for only five hours a day on average, yet they occupy a large space on the wall in the living room. This means TVs hang on the wall just as a black screen for more than 19 hours every day. With a TV turned off, it is easier to see dust or fingerprints on the screen – especially when the screen is large.

This year, Samsung Electronics unveiled Ambient Mode for the QLED TV, turning an empty screen into a display that depicts images and information. Ambient Mode ¬¬is unique in the market, allowing the TV to blend seamlessly into the room.

Using just a picture of the wall taken with a mobile phone and SmartThings (a mobile app which connects IoT devices), Ambient Mode can mimic the pattern behind the TV to complement the consumer’s home décor by creating a chameleon-like visual camouflage. An AI-based pattern generator automatically blends the color with the wall’s texture. Details of the photo, such as contrast and brightness, can be adjusted and further edited to make the display more authentic. For something more interactive, users can combine pattern matching with a display of family pictures on their TV screens, like pictures in a frame.

The 2018 QLED TV line has features that sense external conditions (like weather and brightness) and changes the TV display content to deliver valuable information throughout the day. For example, the TV display can show sunrise at six in the morning and play chirping sounds of crickets in the evening. If it’s raining, the TV can be configured to play the sound of raining.

The Freedom from Burn-in

Ambient Mode also increases the QLED TV’s operation efficiency significantly with energy-saving functions that turn off the screen if users are not nearby. The SmartThings app detects mobile signals (Bluetooth Low Energy) and passes on the information to the TV. With an auto-dimming sensor, the TV’s brightness and color can be adjusted according to the viewing environment. In the dark, Ambient Mode is automatically turned off to prevent unnecessary power consumption.

In addition, the QLED TV’s inorganic quantum dot technology is free from burn-in, letting users utilize and appreciate Ambient Mode without seeing afterimages – even after a static picture has remained on screen for an extended length of time. Samsung Electronics is the only company in the industry that offers a 10-year burn-in warranty. 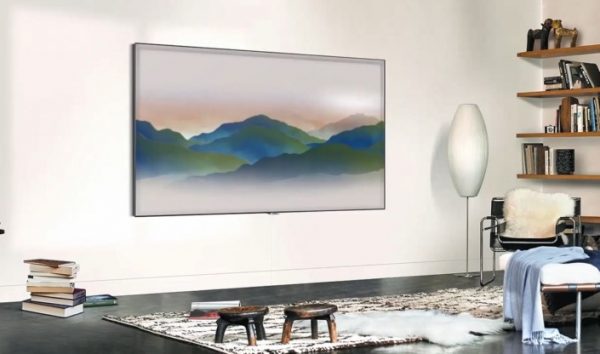 As the number of TV peripherals increases, messy cables are exposed around the TV and are often hidden inside the wall for aesthetic reasons. To avoid the clutter, Samsung devised the Invisible Connection Cable for its QLED TVs – a first-of-its-kind innovation that merges power and data into one, new optical line.

The First TV to Integrate Power and Data

With high-speed SerDes and optical communication technology, the One Invisible Cable transmits audiovisual signals and data as well as power. Often, transmitting sensitive data at high speeds through an optical cable with a power line is can cause interference and noise but Samsung’s error compensation technology eliminates the issue. 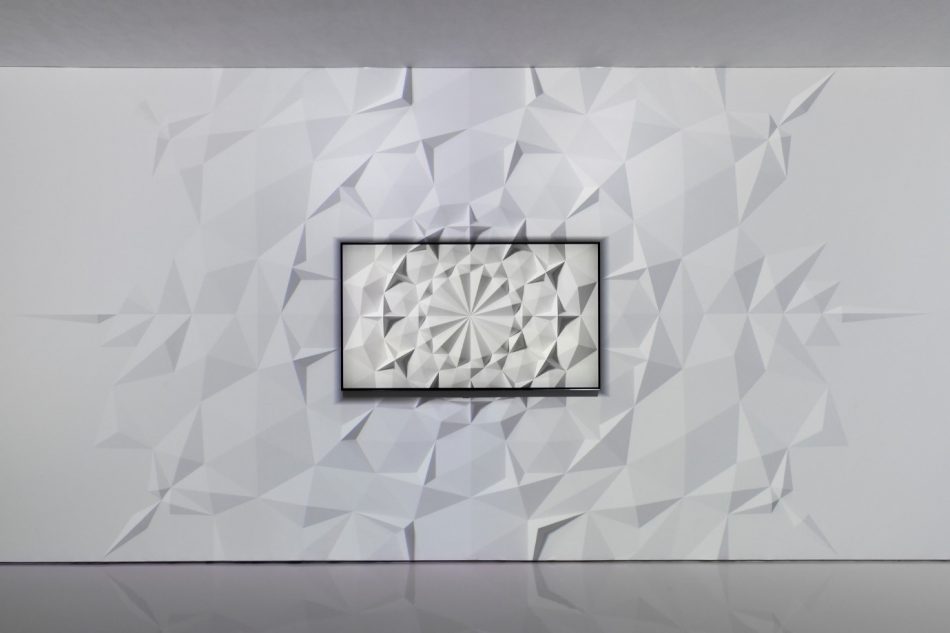 “Ambient Mode makes the invisible visible, and the One Invisible Cable makes the visible invisible. Despite the two features’ roles being seemingly different, they both share the same purpose: to maximize spatial value and alter the lifestyles of consumers,” said Taeyoung Huh, Vice President of Samsung Electronics. “Samsung’s QLED TV and its technologies remains at the heart of creating a better-than-ever TV experience for all of our users.”

* Product specifications may vary depending on models and locations . Background feature accuracy may vary based on TV location, dependent on wall designs, patterns, and/or colors. SmartThings app on a mobile device (Android, iOS) is required for some functionality. App features may be limited at launch; please continue to check for updates.