Samsung believes in long-term partnerships.  In 2017, when our team was planning Samsung’s first U.S.-based home appliance manufacturing facility (SEHA), in Newberry County, South Carolina, that belief was at the core of our mission. We understood that our success would grow from roots that are grounded in the community and the state’s economic success at large.

Today, I am proud to say that approach has borne fruit. We have not only met, but exceeded, the commitments we made in 2017.  The original plan was to invest $350M and support nearly 1,000 full-time jobs.  As of earlier this year, we have invested $470M and employ over 1,200 individuals at the SEHA facility (90 percent of whom are local to Newberry County or immediately surrounding counties). 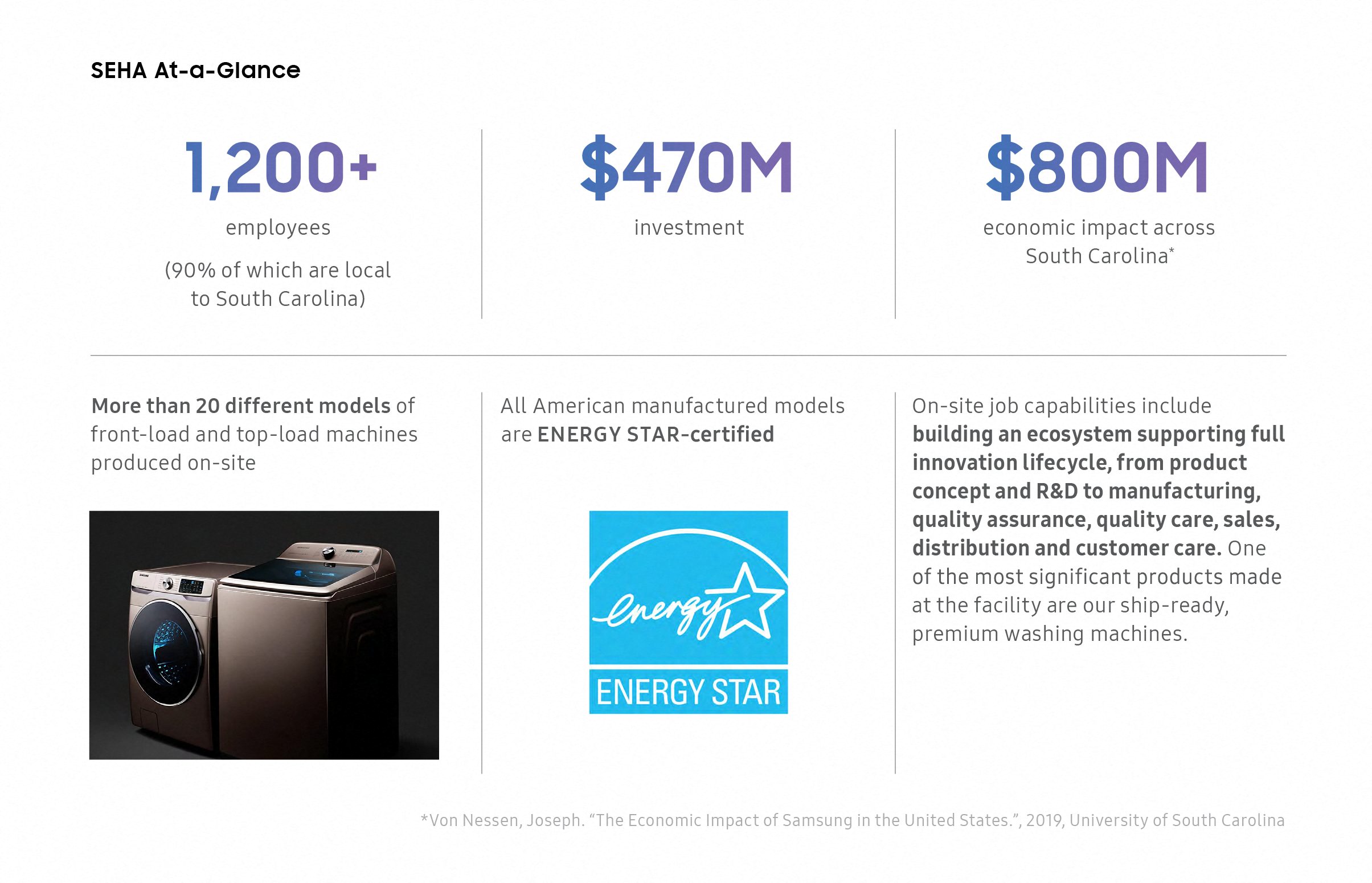 We had confidence in this approach, because it’s not new to us. It’s been at the core of our 40-year investment in America. In the last 24 years we have invested over $17 billion in our Austin, Texas semiconductor facility.  During that time while building one of the most advanced semiconductor manufacturing sites in the world, we also built lasting relationships in the community and became one of the largest employers in the area.

As we looked at our growing home appliance business in the U.S., we knew establishing an American manufacturing presence would allow us to deliver home appliances to our customers faster and better reflect U.S. consumer preference. And we knew that our approach in Austin was the right road map to follow.

We needed roots and relationships, because financial investment alone wouldn’t have guaranteed our success in South Carolina.  To get to where we are today, we developed an extremely aggressive timeline and established a dedicated team committed to our shared success.  Just six months after our initial announcement, we opened the doors of SEHA and produced our first residential washing machine in the United States.  Since that day, we established two production lines, produced well over a million washing machines – all sold in the U.S., tripled the square footage of the facility and nearly doubled our starting employee headcount. 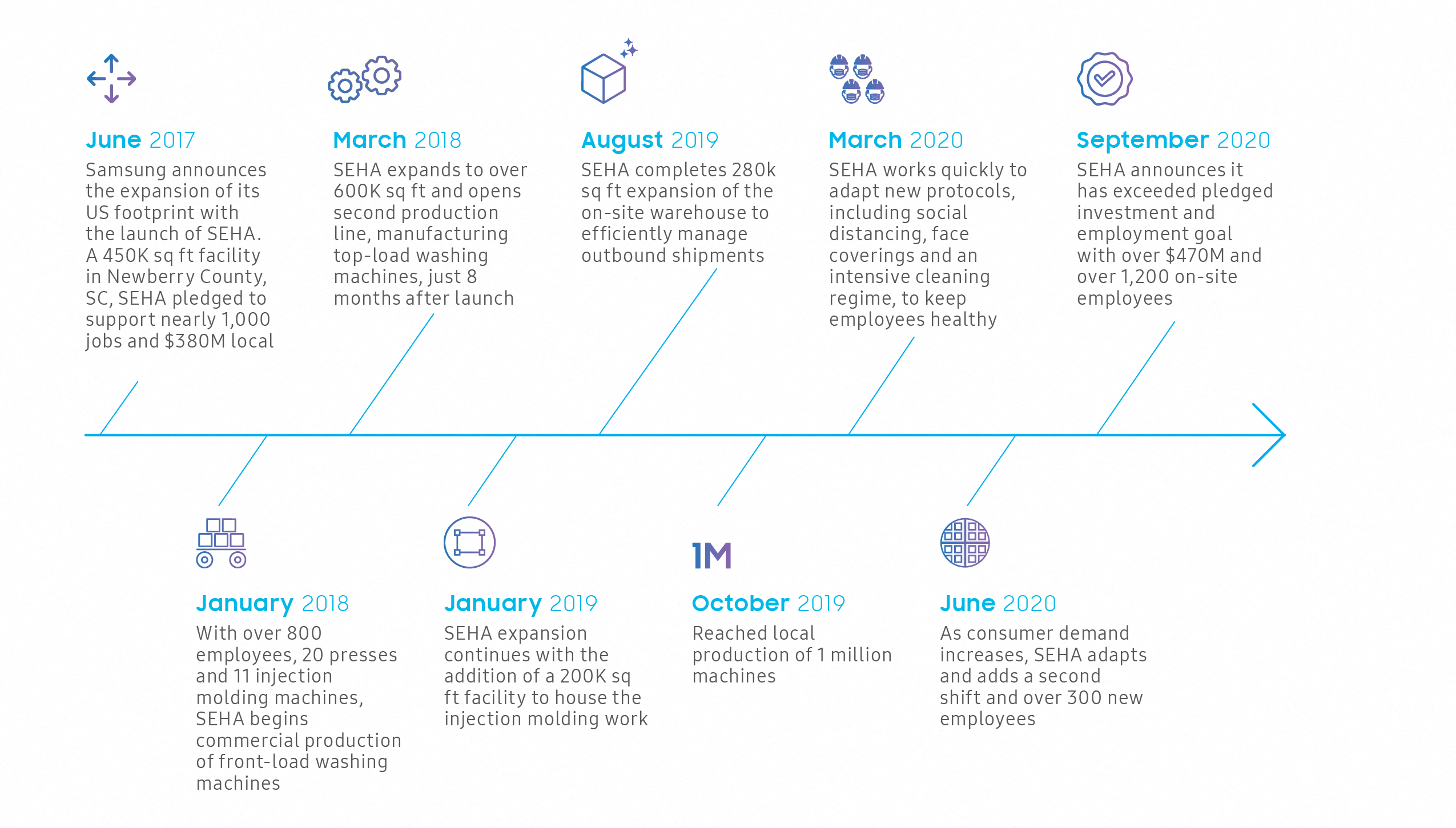 And our relationships also extend outside of our investments and supply chain.  Samsung cannot thrive in a community that does not thrive.  So while our team was hard at work building washing machines, we were also in the community building partnerships.  To date, we have donated over $300,000 to South Carolina communities and Veterans.  We have partnered with incredible organizations like Harvest Hope Food Bank, American Legion, Fisher House, Boys Farm, the Newberry Public School System and more.

I am so proud of what we have built and established in South Carolina, but nothing I say can compare to hearing from our SEHA employees and our friends in South Carolina who have made it all possible.

Samsung Employees Give Back to Help U.S. Communities Thrive in Tough Times