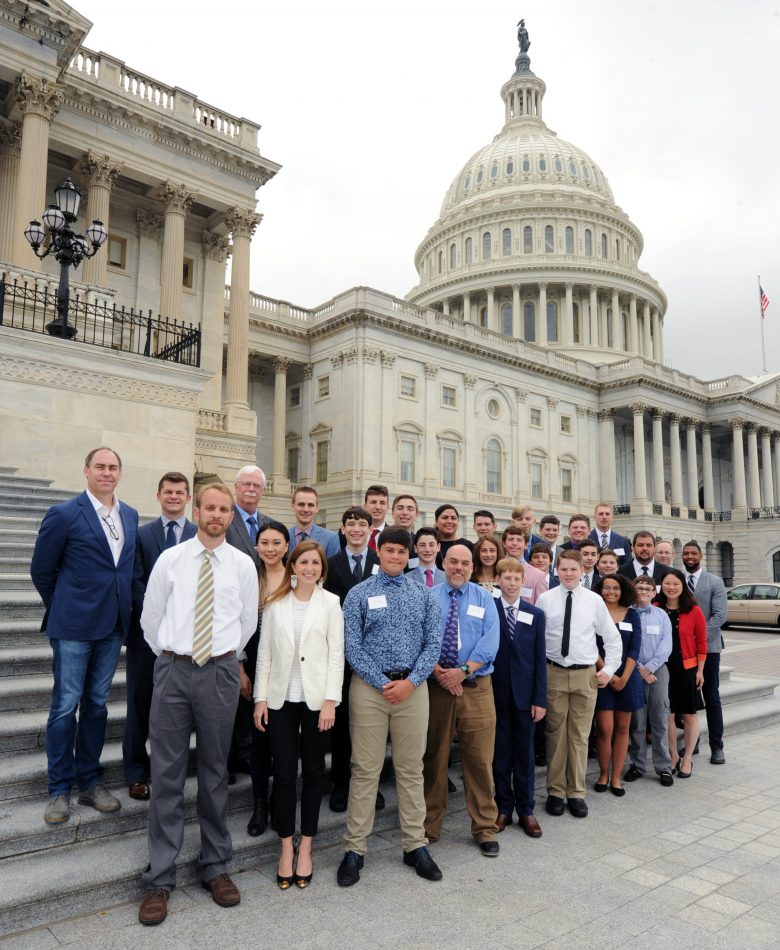 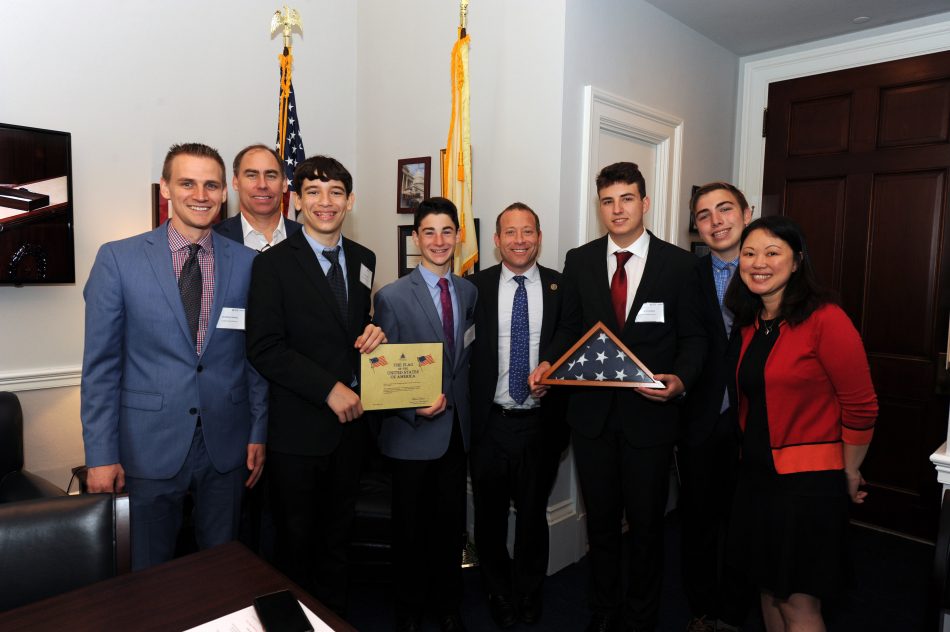 The day started off with each of the three teams spending time with their congressional representatives and being honored through individual flag ceremonies. New Jersey Congressman Josh Gottheimer (D-NJ5) presented the winners from Cavallini Middle School in Upper Saddle River, NJ with a flag that was flown over the U.S. Capitol building in their honor. Representatives of Samsung Electronics America’s U.S. Corporate Affairs and Corporate Social Responsibility teams attended the meetings.

“I’m so proud of the students’ accomplishment and thrilled to see the students in action advocating for their cause. It is unbelievable that our students were able to go to Washington D.C. to speak passionately with their congressional leadership about their project, which is making a real difference in their community. Participating in, and winning, the Samsung Solve for Tomorrow contest is the epitome of a real-world learning experience that these students will never forget,” said New Jersey Solve for Tomorrow Teacher Jonathan Harvey. 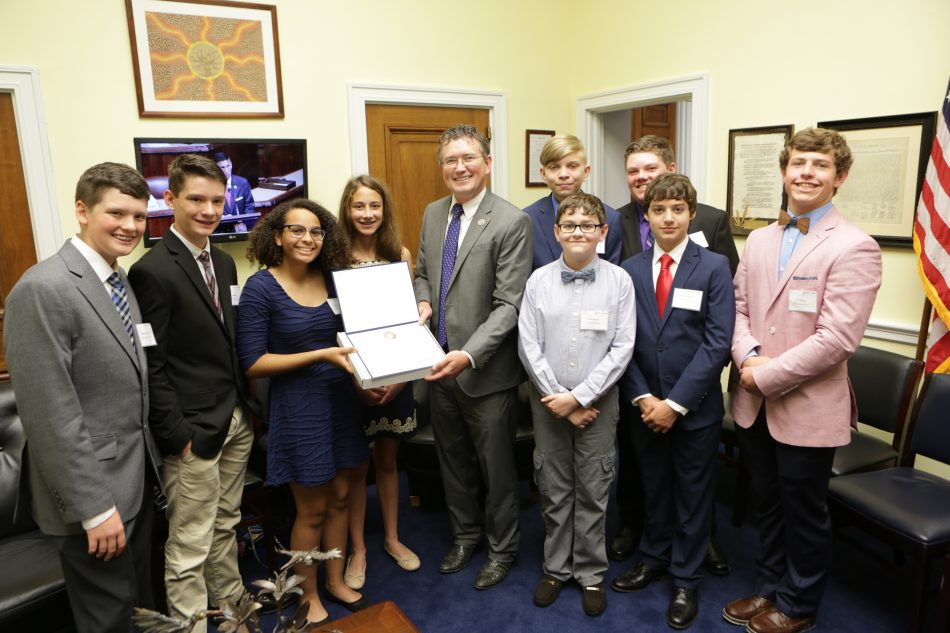 The students enjoyed in-depth conversations about their projects, their ambitions, and hopes for America. Kentucky Congressman Thomas Massie (R-KY4) met with winners from Ashland Middle School in Ashland, KY. 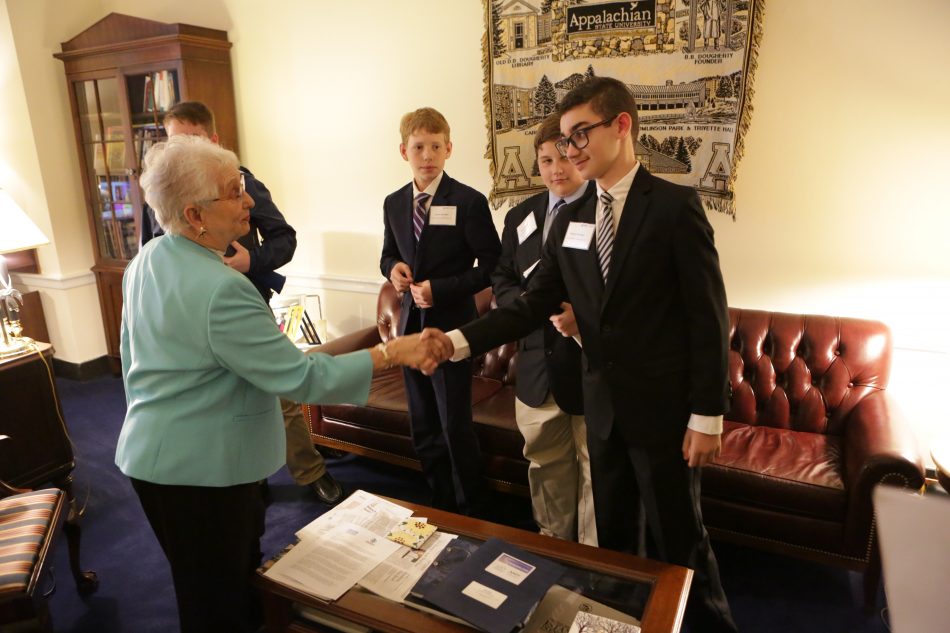 Congresswoman Virginia Foxx (R-NC5), one of 84 women in the House of Representatives, met with winners from Thomas Jefferson Middle School in Winston-Salem, NC. 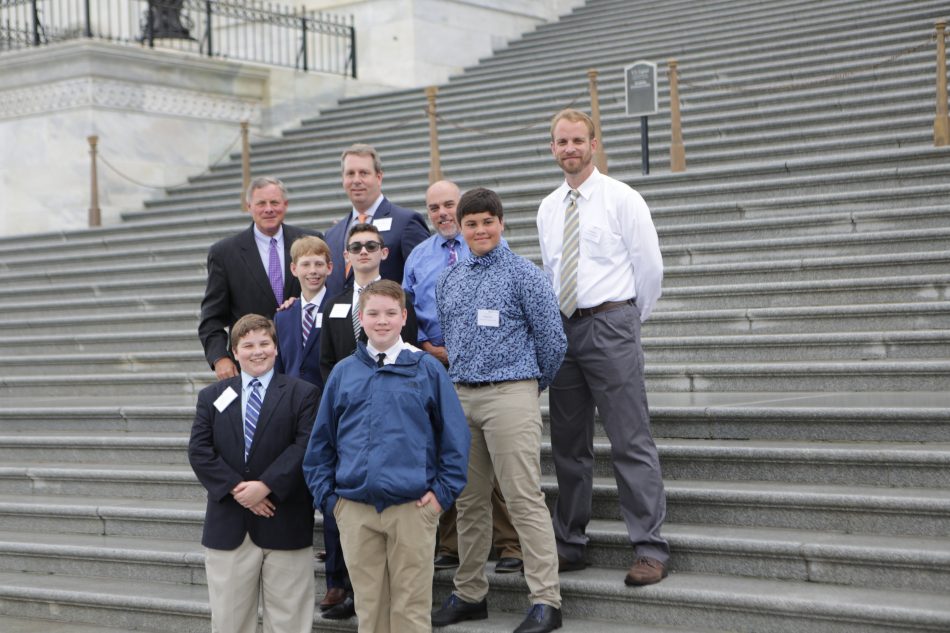 Some of the winners also had the opportunity to meet with their Senators. Senator Richard Burr (R-NC) met with the team from Thomas Jefferson Middle School in Winston-Salem, NC to discuss flooding issues in their community. The prototype the students developed is a road barrier that automatically deploys when rising flood waters reach unsafe driving levels. 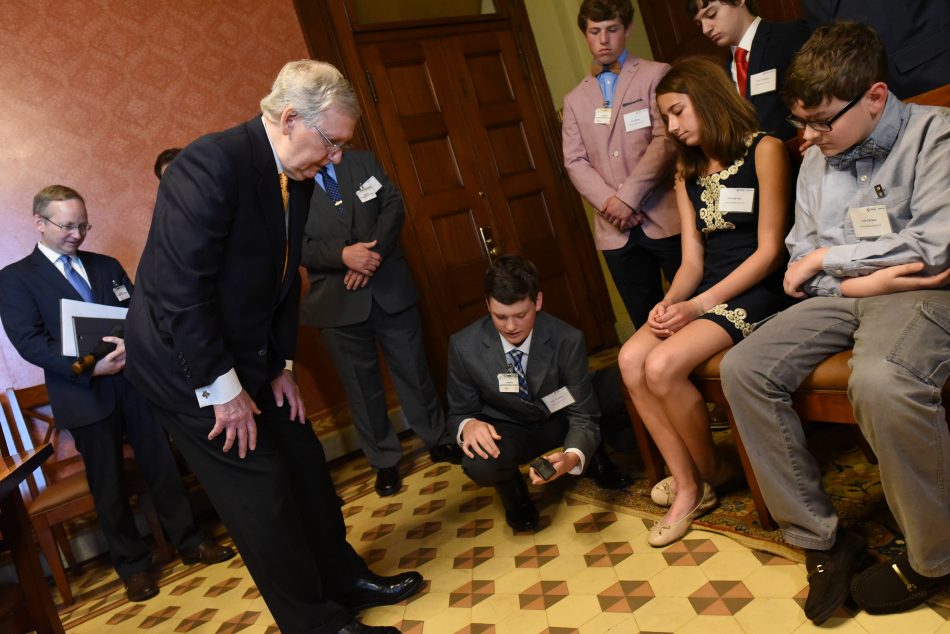 Senate Majority Leader Mitch McConnell (R-KY) met with the students from Ashland Middle School in Ashland, KY. They discussed their Solve for Tomorrow solution that protects first responders to the opioid crisis when they pick up needles left behind by drug users.

“The students of Ashland Middle School are inspirational in assisting communities and emergency responders in combating the substance abuse epidemic in Kentucky,” said Senator McConnell. “I was proud to meet with them in our nation’s capital to personally congratulate them for winning the ‘Solve for Tomorrow’ competition. Now more than ever, our nation needs promising students like them who can help solve our most challenging problems. I look forward to their bright future.”

It was an exciting week for the Kentucky team. Kentucky students Aubree H. and teacher Mike Polley were featured on HLN the day they arrived in Washington. 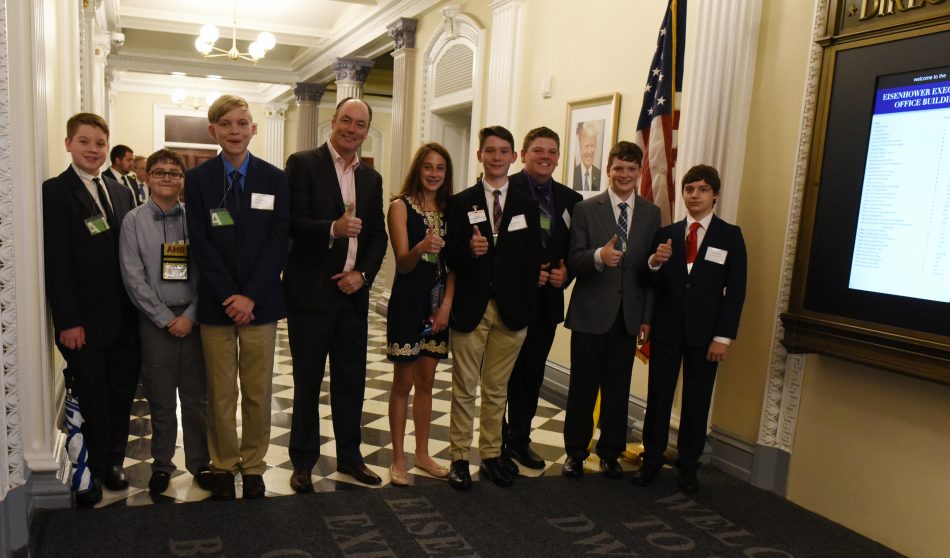 After the Solve for Tomorrow winners met with their congressmen they went to lunch at the The Consumer Technology Association (CTA) Innovation House where Jennifer Taylor, vice president of U.S. Jobs at CTA, spoke about opportunities for future careers in STEAM (Science, Technology, Engineering, Arts, and Mathematics) subjects.

The students also visited the White House Office of Science and Technology Policy (OSTP) and met with Jeff Weld, senior policy advisor and assistant director for STEM Education. Tim Baxter, Samsung Electronics North America president and CEO, attended the meeting and posed for a snapshot with the students from Ashland, Kentucky.

“Every year we see so many talented young minds participate in the Samsung Solve for Tomorrow contest, but this year’s winning teams are particularly impressive because it’s the first year that all three winning ideas came from middle school students,” explained Baxter. “As a global technology company, we are gratified that they take such an interest in STEAM skills and can’t wait to witness their future accomplishments.” 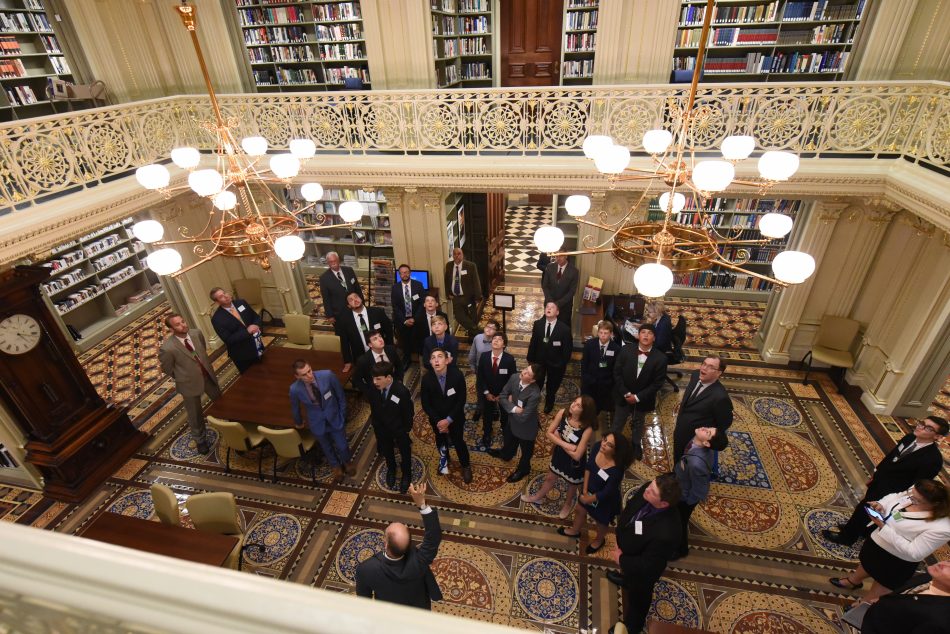 After their time spent on Capitol Hill the students headed over to the Eisenhower Executive Office Building (EEOB), a beautiful National Historic Landmark, for an exclusive tour.

At the end of a long and fun-filled day the students expressed their desire to continue efforts to move their Solve for Tomorrow ideas forward and pursue STEAM education.

“ helped me realize was not just a good thought, it was a really good idea that has potential to save tons of lives,” said Rylan L., a student at Thomas Jefferson Middle School. “I want to be a marine biologist and I always thought that science was an awesome subject and math has always been my favorite but I never thought that I would be able to have such an impact in the community, so I am definitely going into biology now.”

*Learn more about the students’ winning projects featured on CBSN, FoxNews.com and by Sen. McConnell.