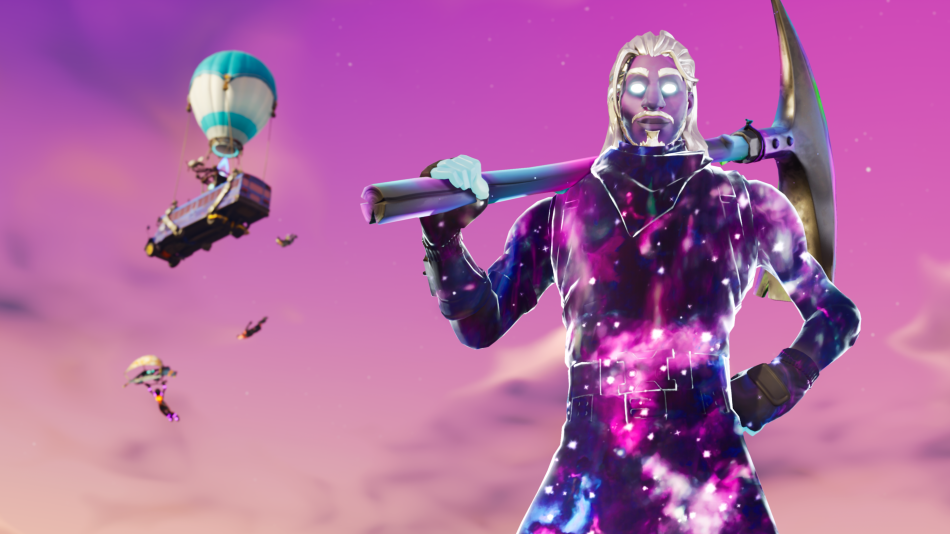 NEW YORK CITY, September 18, 2018 — Following the launches of the new super powerful Galaxy Note9 and the Galaxy Tab S4 for people who want to do more on the go, Samsung is unveiling a new contest and promotion for fans of Fortnite. Showcase your best moments with the super elite Galaxy skin to win a spot on Ninja’s coveted gaming squad for Fortnite.

WHAT: Fortnite streaming legend Tyler “Ninja” Blevins is looking for someone new to join him on the Galaxy squad in Fortnite. One (1) grand prize winner gets to play Fornite alongside Ninja and will receive the ultimate Cross-Platform Gamer Pack. Valued at $5,249, the gamer pack includes a 65” Class Q9FN QLED TV (2018), a 49” CHG90 QLED gaming monitor, and the new premium AKG N700NC Wireless Noise Cancelling Headphones.

Three (3) runners-up will receive the Cross-Platform Gamer Pack, as described above.

WHO: Galaxy owners with Galaxy Note9 or Galaxy Tab S4.

WHEN: The contest is underway now and runs until September 30, 2018. The grand prize winner will be announced in early October 2018 and gets to play Fortnite live on the coveted Twitch streaming squad with Ninja, in October 2018.

HOW: Consumers can enter by sharing user-generated photos or videos of the Galaxy skin in a Fortnite match with the hashtags #NinjaGalaxySquad and #Contest on Twitter or Instagram. Entries will put the Galaxy skin and users’ Fortnite talent on display, including dance emotes and victories.

Level up your play

More details of the promotion can be found online at: samsung.com/us/mobile/galaxy/fortnite/.

More details about the trade-in deal can be found here: samsung.com/us/trade-in/.

8.24.2018 / Smartphones
Samsung Galaxy Note9: An Award-Winning Phone for Those Who Want It All Arrives In Stores In The U.S. Today

Samsung on Representing the Value of a Strong U.S.-South Korean Relationship