After Unpacked: An Evening for the Rest of Us @Samsung 837 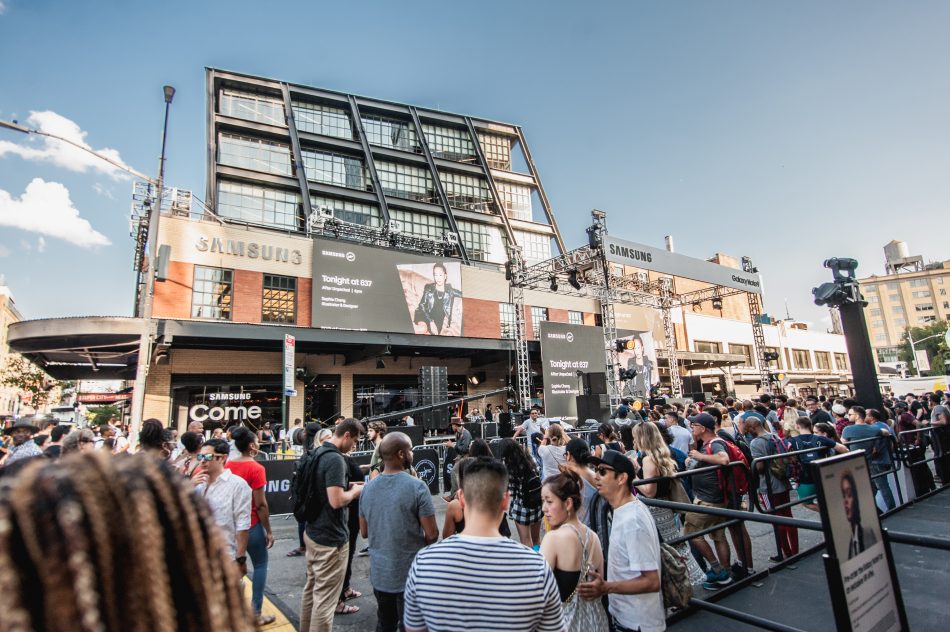 The unveiling of the Galaxy Note9 at Barclays Center in Brooklyn, NY on August 9 set the stage for After Unpacked: An Evening For The Rest of Us, a summer block party at Samsung 837 in New York City last week featuring hands-on immersive tech experiences of the new Galaxy devices and bringing together artists, celebrities, and a live performance by Logic for the public to enjoy.

Some of the most passionate attendees were there for one thing and one thing only: the Fortnite Battle Bus. Samsung Galaxy owners were enjoying advance access to Fortnite beta on Android prior to its rollout to all of Android. In addition, Galaxy Note9 and Tab S4 users can obtain the unique Galaxy skin for Fortnite. 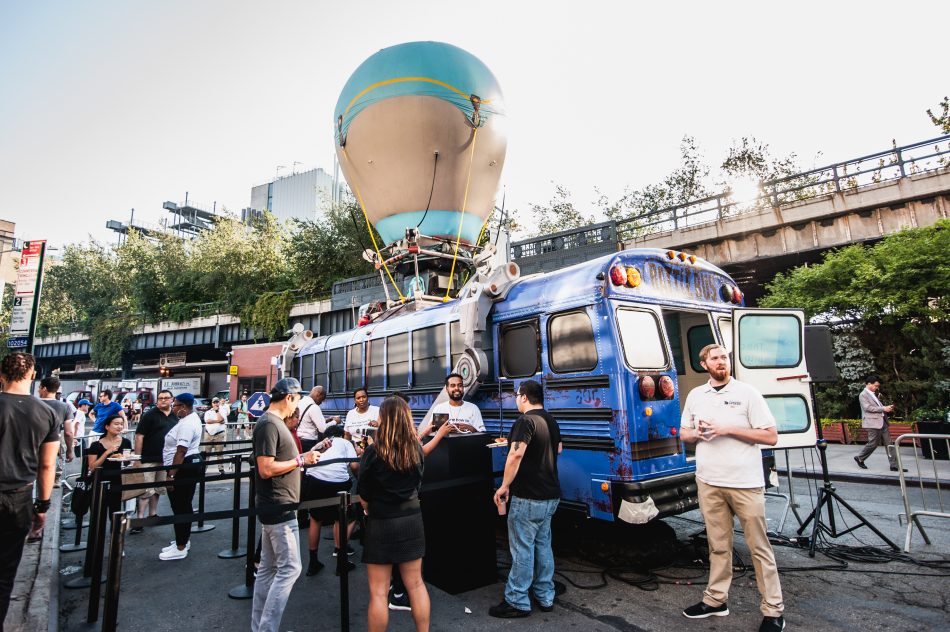 “There are only two exclusive skins in the game,” said Fortnite streaming legend Tyler “Ninja” Blevins, referring to avatars gamers use to personalize their in-game character. “It’s hands-down the coolest skin I’ve seen.”

The Galaxy Note9’s power, speed, and battery are optimal for playing the game, and the smartphone also has a Samsung-developed water carbon cooling system to enable optimum performance. 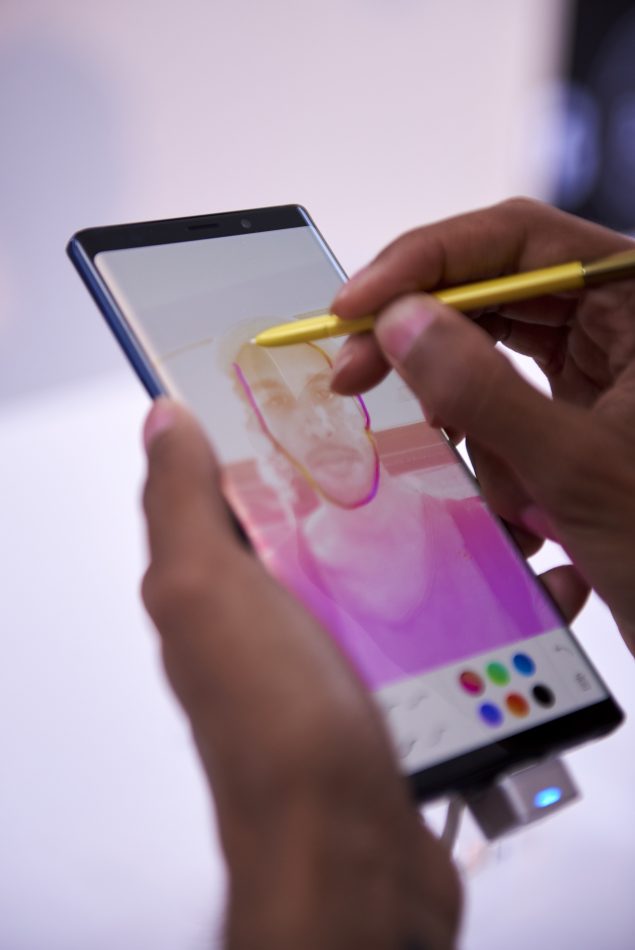 The After Unpacked event was set up with various booths so thousands of people could experience each new feature of the Galaxy Note9. In a 21st-century take on a photo booth, guests got the perfect angle on selfies with the simple click of the S Pen without having to reach for their phone’s shutter button.

The S Pen now touts Bluetooth Low-Energy support , allowing it be used to remotely activate other features of S Pen enabled devices, like changing slides during a presentation. “The S Pen is intriguing because it doesn’t change the design of the phone at all. It’s just such an added bonus,” said Matt Terracciano, who went to After Unpacked to see the new tech.

In the hands of creatives, the S Pen is a powerful artistic tool, showcased by Mr. Doodle creating stunning pieces in real time at the event. 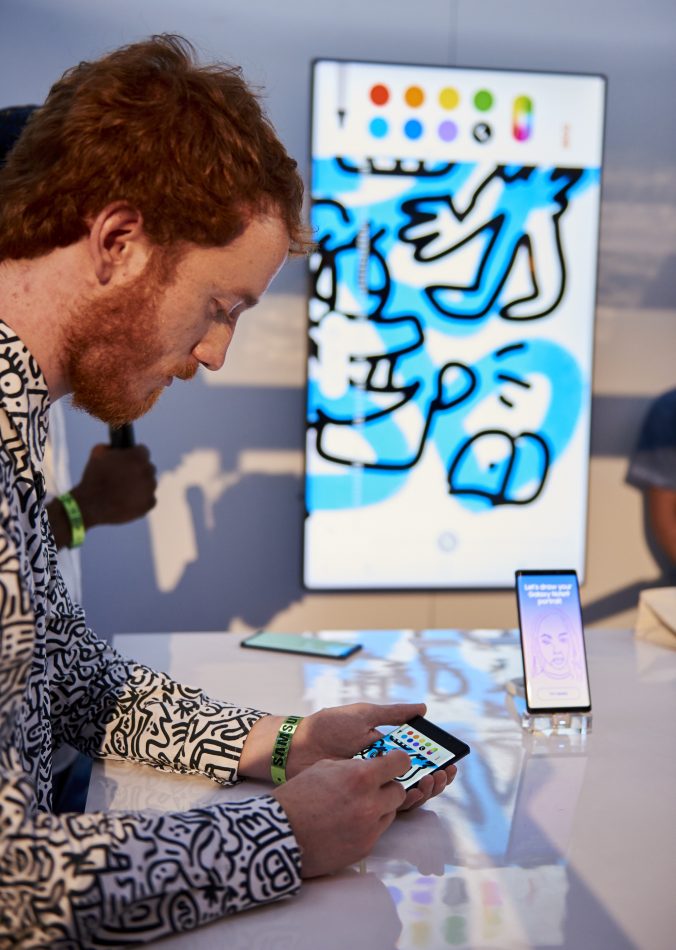 The Note9 works seamlessly with the newly debuted Galaxy Watch, also announced August 9 at Unpacked. One feature stood out to Terraciano: “The rotating bezel. Samsung is the only that has that, and I think it’s such a great way to interact with the watch,” Terracciano said. 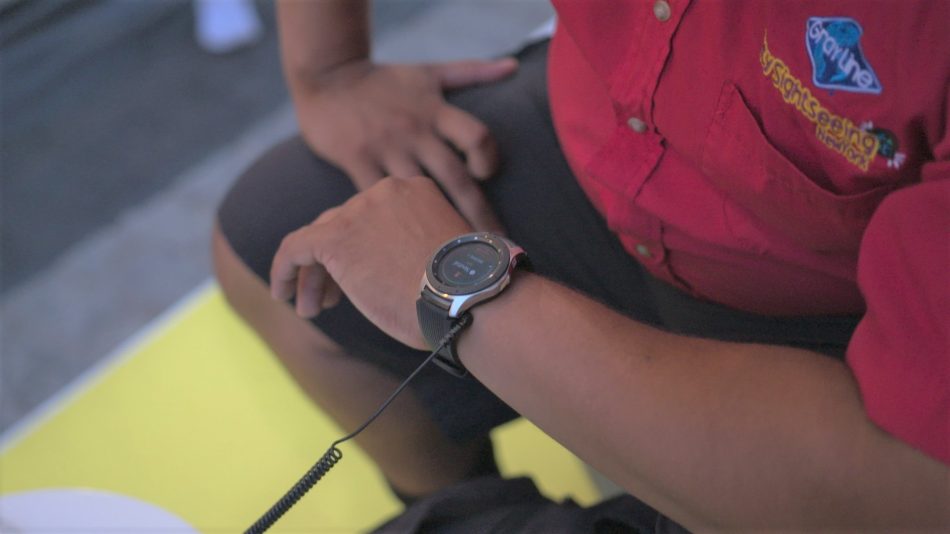 Guests also got to experience Samsung’s cutting-edge capabilities in Augmented Reality (AR), with demonstrations of Bixby Live Translation[1], allowing instant translation of documents, menus, and even road signs from dozens of different languages. Dozens also lined up to create their own AR emoji and share them through live messaging.

As the block party continued outside, guests heard inspiring stories from entrepreneurs and creators, like “Best Actress” Emmy nominee Issa Rae, on how technology has helped them create in ways that weren’t possible before. 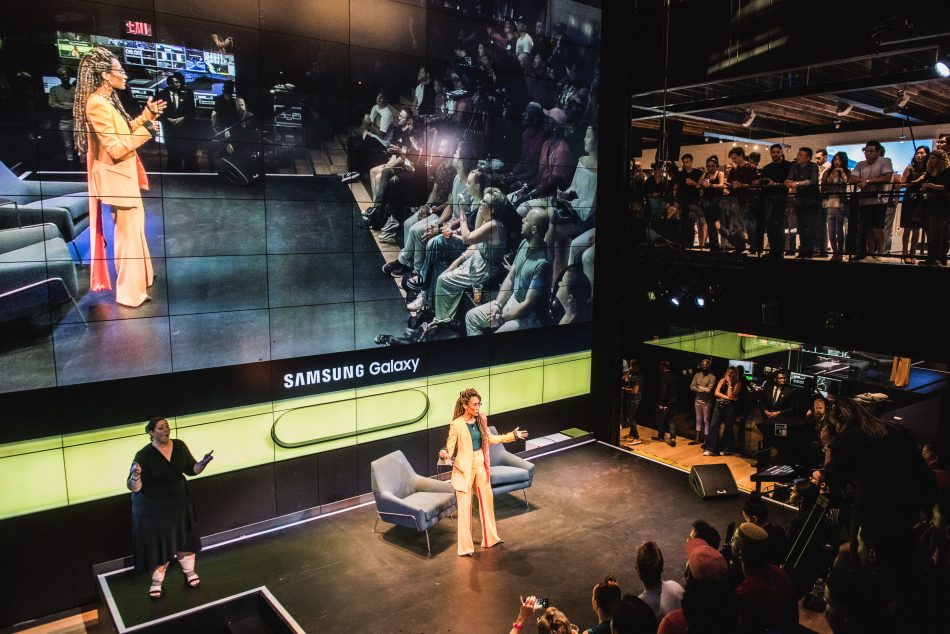 After an evening of gaming, good food, music, and experiencing the latest innovative technology, guests left Samsung 837 looking forward to the day the Galaxy Note9 and Galaxy Watch go on sale.

8.9.2018 / Wearables
Stay Connected No Matter Where You Are with the New Samsung Galaxy Watch

Leslie Flores, an After Unpacked attendee, said she was impressed by the event and Samsung’s latest products on display. “They always have the greatest technology,” she said. “They’re at the cutting edge of everything.” 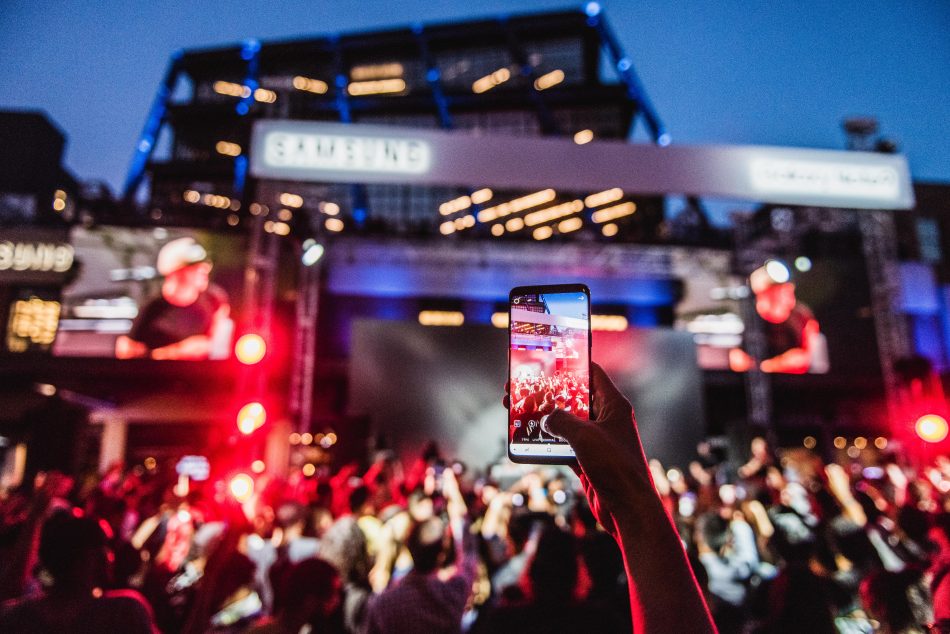 [1] **For the full list of languages please visit https://help.content.samsung.com/csweb/faq/searchFaq.do