Vets get Career-Ready with help from Samsung, FourBlock 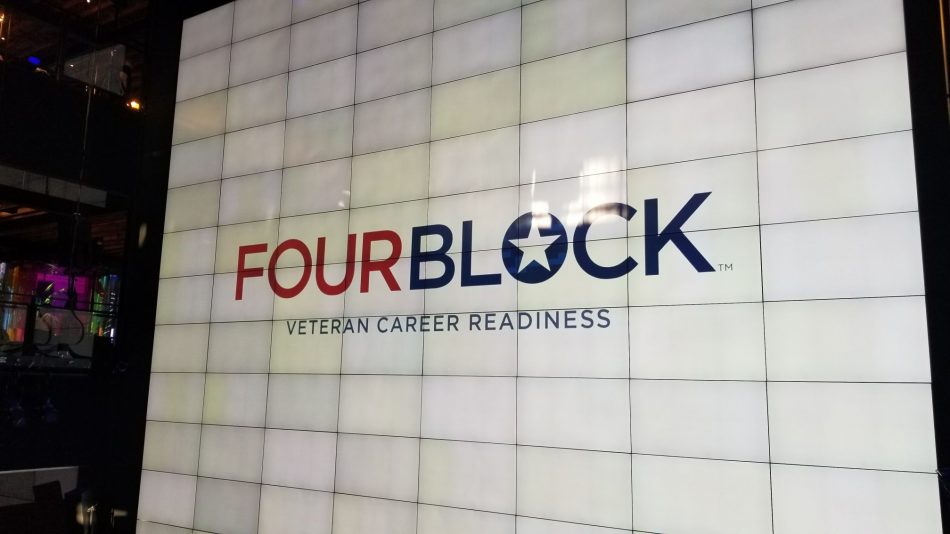 For veterans making the transition to corporate careers, readiness is everything. So Samsung Electronics America’s Human Resources team and the Samsung Vet Community combined forces in April to sponsor a FourBlock career readiness and networking class at Samsung837, the company’s marketing center of excellence in New York City.

More than 40 student veterans participated, sharing their experiences and networking with Samsung executives and Fourblock leaders and getting some one-on-one mentoring. The focus of the night was to provide a picture of life at Samsung as an employee and showcase each veteran’s transferable skill sets to help illuminate the path to finding a rewarding career after military life.

Student veterans got a glimpse into what life at Samsung looks like from hosts, Vanessa Thurston, head of talent management for Samsung Electronics America, and John Hendrick, chief veterans’ advocate at Samsung Electronics America. According to attendees, Thurston brought insight that only a human resources “superstar” could, and Hendrick provided a valuable, hybrid perspective as a military veteran and Samsung employee.

Veteran attendee Latoya Sykes said she made the most of the seminar’s networking opportunities and FourBlock’s fresh approach to workforce preparation. “FourBlock understands the importance of cultivating relationships and strongly encouraged networking throughout the course,“ Sykes said.

Having successfully navigated the transition from military life to a civilian career, FourBlock alumnus Omar Davis attended to help show his peers what the next professional chapter in a veteran’s life can look like. “I’m very passionate about giving back in any way I can,” Davis said. 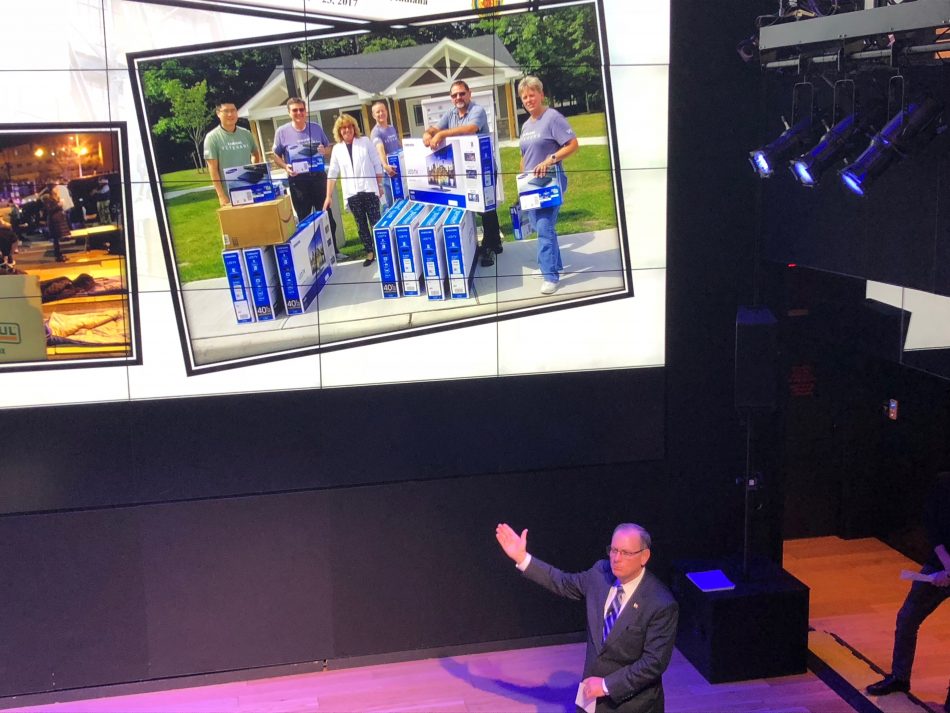 John Hendrick, chief veterans’ advocate at Samsung Electronics America and a military veteran himself, said the class is just one of a range of veteran programs the company is proud to sponsor. “He was relatable to us,” said one attendee of Hendrick, who helps recruit veterans into the company. 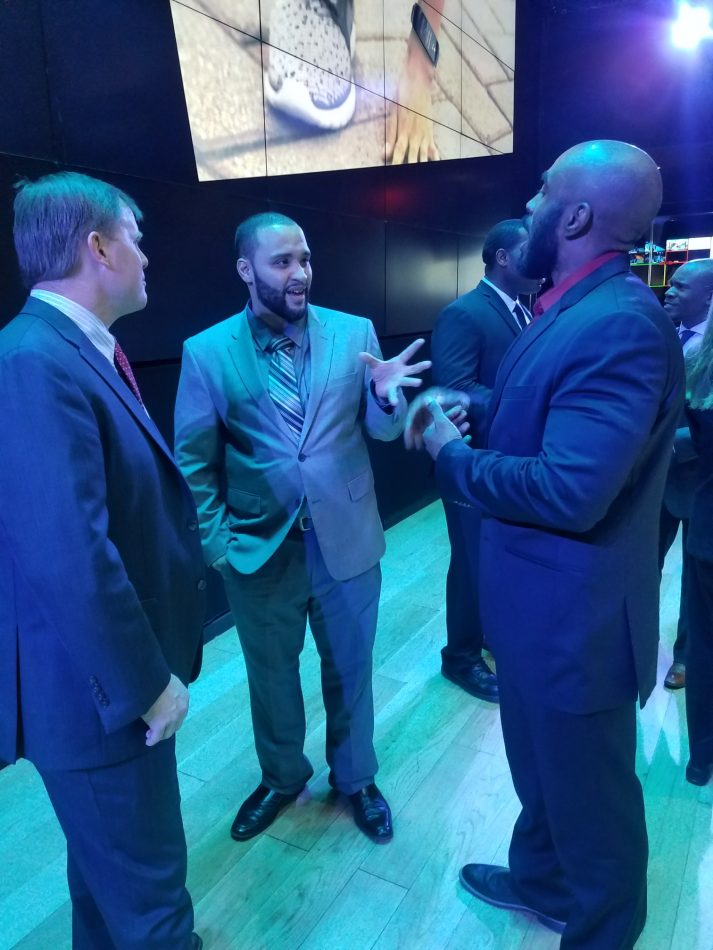 FourBlock alumnus Omar Davis, right, speaks with two FourBlock student veterans in attendance. One attendee said the lessons learned equipped him to make the most of an impromptu interview opportunity a week later – and he hit it out of the park.

Hofstra MBA candidate and 82nd Airborne veteran Matt Williams (not pictured), described to two Samsung employees one of his top strengths: “I think quickly on my feet and I can adapt to any situation. On my first parachute jump, I leapt out of the plane and noticed my parachute was tangled up in another soldier’s parachute. I had to quickly adapt and connect with the other jumper before we fell 1,250 feet.”

Samsung Awarded 2018 Project of the Year