This morning, Samsung Electronics kicked off this year’s Samsung Developer Conference joined by around 4,000 of developers from around the world at Moscone Center and thousands via the SDC Live stream. This year’s event, which opened today, focused on delivering incredible experiences for top global developers to create a future where everything is connected. From new platforms to enhanced signature services, Samsung is facilitating innovation and shaping industries in the areas of Internet of Things(IoT), Entertainment Services, VR, and Security.

“Software is everywhere you look now. It’s in our phones, our cars, and even our smart watches. Code is the key to unlocking human potential and developers have a big part to play in this rapidly growing movement,” said Dongjin Koh, President of Mobile Communications Business at Samsung Electronics to those in attendance. “The theme of SDC is ‘connecting the future everywhere you look.’ That means: everywhere you go, there will be opportunities to bring devices and people together. It also means there will be opportunities for you to connect with the future, right now.” 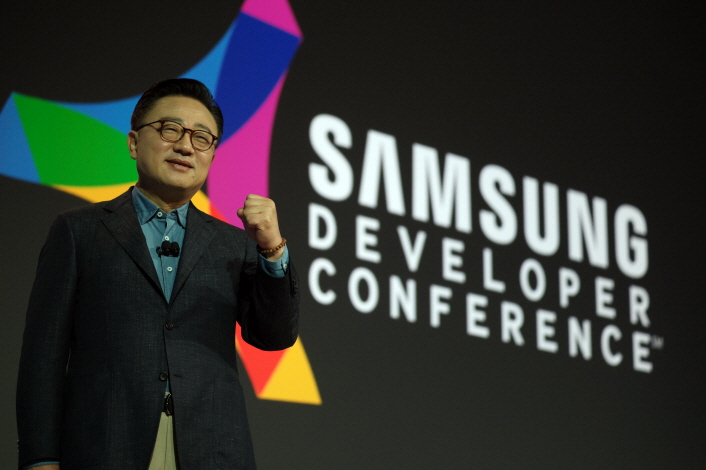 At SDC 2016, Samsung introduced essential new easy-to-use, open APIs and tools for the SAMSUNG ARTIK™ Platform, an end-to-end, integrated IoT platform that transforms the process of building and launching IoT products. Using these APIs and tools, companies can securely collect, store, and act on any data from any connected device or cloud service in order to quickly bring new IoT solutions and services to market, tap into new revenue streams, and grow their business.

Samsung’s open platform standards enable faster and simpler development of new enterprise, industrial, and consumer applications. Customers with varying levels of skillsets and requirements will benefit from a range of tools and APIs that map to the widest range of IoT devices and projects, all based on a professional-grade, highly integrated, and familiar development platform that includes the essential building blocks and breakthrough technologies to establish a powerful new IoT ecosystem and launch IoT applications into the future.

Virtual reality was another key topic at the Samsung Developer Conference this year. Following the popularity of the Gear VR powered by Oculus, Samsung continued to expand its VR leadership with the announcement of the Gear 360 in February. Samsung Gear 360 lets consumers easily create, view and share their favorite experiences through 360-degree video and still image content.

Samsung Knox, the award winning security platform, is expanding to include more devices and increase interoperability. Samsung Knox will now serve as the foundation for all enterprise solutions and services including healthcare, automotive, finance and other segments. With this evolution, Knox will now cover mid-tier devices, and be embedded on wearable devices such as the Samsung Gear S2. Knox will also be extended beyond the Android operating system to include Samsung’s Tizen operating system, allowing millions more Samsung device owners to benefit from defense-grade security, while capitalizing on a networked world to improve productivity.

Citizenship Showcase: Young Coders from around the World

As part of its commitment to STEM education and inspiring young people in coding, Samsung organizes competitions and coding initiatives around the world. At SDC 2016, Samsung invited six young software developers from the United States, Argentina and Korea to present their ideas and meet with professional developers. :

From the United States, two winners of the 2015 U.S. Mobile App Academy presented their respective app creations: Med Kid, which aims to create a fun way to incentivize children who are seriously ill to keep track of and take their medications, and Code Clash, a game that teaches kids coding and helps solve the disparity of available engineers in the specific field of JAVA programming. Three students from Argentina and a student from Korea also attended to each demonstrate their winning mobile apps project.

And while the company continues to enlist the help of external developers, it is also making use of talent within its own employee base through its five C-Lab projects. C-Lab enables Samsung employees to pursuing their own creative business ideas. 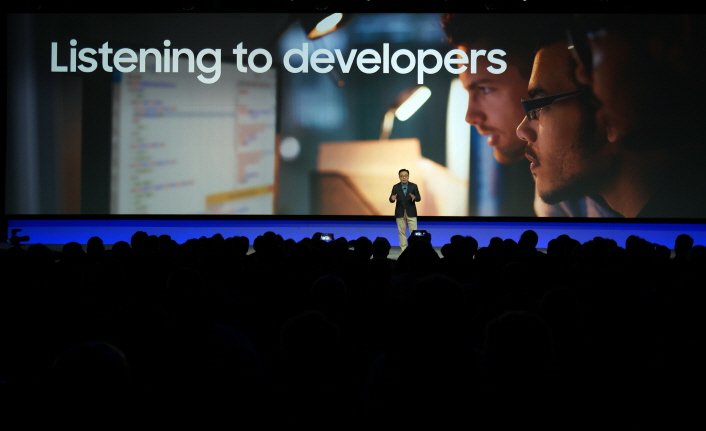