‘Pioneering Next Generation Technologies’ – A chat with LTE Modem Developers

There’s been a lot of buzz about 4G LTE. It’s already available in some countries, and on its way to the market in others, but it seems to be confusing to the many of us. People have been asking us what it is, why it’s good, how it’s better and so on.

Luckily, we have leading experts on this matter at Samsung. So we had a chat with them and got to know some of the behind-the-scene stories. Here we share them with you:

Short for ‘Long Term Evolution’, LTE is basically the next generation (4G) of mobile telecommunication technology. Its data transmission speeds are 5~7 faster than 3G.

“This means you can enjoy the internet, video and data services when you’re on the move at speeds comparable to your Wi-Fi experience at home. The limits of time and space will be further reduced (as you will be able to do even more on the go).”
– VP Min-goo Kim

A team had gathered for this ‘Long Term Project’ in the 2nd half of 2006 and got down to business in 2007. As it was a tough process, it wasn’t until 2009 that the world got to know about the wonders they were cooking.

The biggest challenge was matching standards. Before actually making a chip, we make FPGAs and check the basic functions and projected performances. (FPGAs allow us to configure or program integrated circuits after they’re produced)

“But every time we drafted one (FPGA) and went into inspection, the standards were upgraded and we needed to do the whole thing all over. This happened again and again.”
– Principle Engineer Woon-haing Hur

LTE supports a vast portfolio of configurations including 6 bandwidths and a number of different antenna combinations. So there were around 8,000 points we needed to check every time we would run a PHY function test (one of the most fundamental steps in developing Network Protocols). 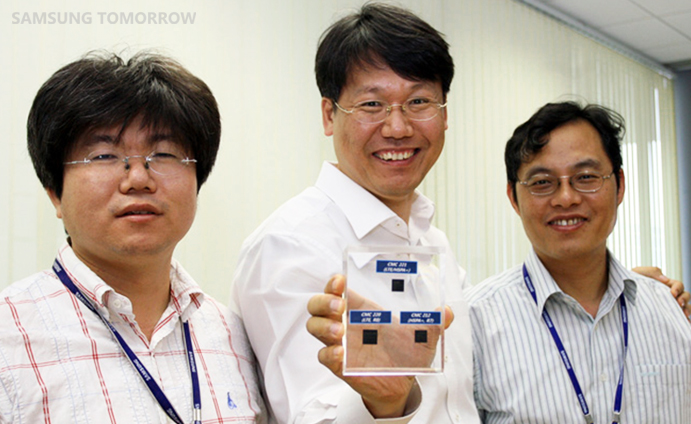 Another boulder in the way was testing equipment. We needed equipment to find out how our LTE chips were working and what was wrong.

“Since we were among the first to research this area, there were none that suited our work. We ended up developing our own.”
– Principle Engineer Jong-han Lim

Though it was tough, these repetitive processes played in our favor as we were able to develop rock-solid blueprints and advanced technologies for the modem chip.

After a long track of trials and errors, the team succeeded in finally commercializing its LTE technology in 2009, supplying LTE dongles to TeliaSonera (A leading telephone company in Nordic and Baltic countries). Following that feat, in May 2011, Samsung Released ‘Droid Charge’ which sports a 4G LTE modem and received the “Best Device” award at the LTE World Summit for it.

In the 4 years of developing LTE technologies, Samsung also picked up some confidence other than the achievements above.

“Not to brag, but I’d say that currently we’re number one.”
– VP Min-goo Kim 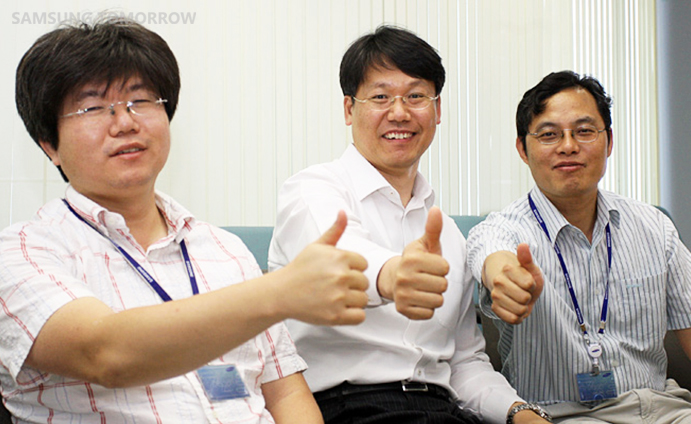 Despite the recent success, Samsung is still cautious and very hungry. Aiming to outrun the whole industry by 2013, there’s not much time to spare.

“Say this is a marathon, we just passed the turning point. Until now, we just faced forward and ran but now, we need to look back from time to time and think strategically. It is important to check where other marathoners are and my reserved strength is. The following two years will be even harder than the two years that brought us here, but we need to keep our game faces on. What I’ve been dreaming about for 15 years will never come true if we don’t make it happen in the next two years.”
– VP Min-goo Kim

Based on an interview by: