* Interviewees’ comments are individual opinions and do not represent the official stance of Samsung Electronics. Also, this interview was done with developers in charge of the upgrades for Korean smartphone models. Availability, schedules and features may vary by region.

After the first announcement of the Android 4.0 Ice Cream Sandwich (ICS) upgrade for GALAXY phones, rumors have been spreading left and right concerning its release date, the phones to be upgraded, and the places to first receive the upgrade.

On March 13th, only 5 months after the first release of the Ice Cream Sandwich (ICS) OS, the Samsung GALAXY S II got its upgrade. On the 15th, two days after that, the Wave II also received its bada 2.0 upgrade.

As expectations and eagerness for these upgrades grew bigger and bigger, eager phone owners began to ask “when are they going to release the upgrade?” But there was another group of people that waited for the day of the upgrade at least as much as the phone owners – the Samsung people who prepared the upgrade.

We talked to three people that have kept a keen ear on the demands of customers and they are the Product Planning Team. 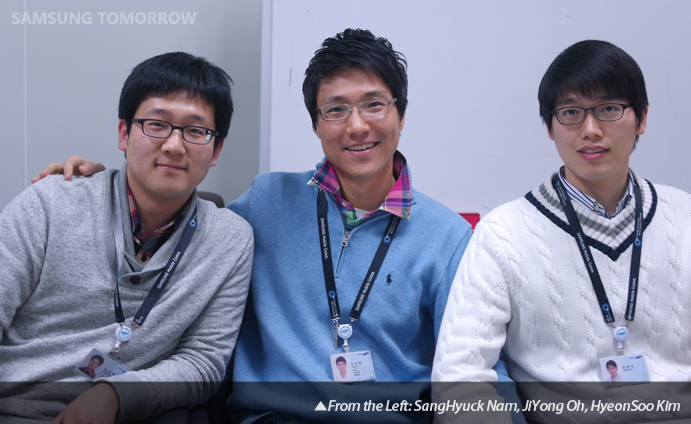 Upgrading OS
As soon as we started talking about OS upgrades, the first words to come out of their mouths were “it’s not an easy feat”. These three agreed that “it’s MUCH easier to just release to a new phone than to upgrade one”.
“We released (the GALAXY S II upgrade) just 5 months after the release of ICS. For a phone owner that’s eagerly anticipating the upgrade, it might have felt like a long time. But I hope that people recognize that we put a great deal of effort in order to satisfy and meet customer expectations.”

The Quest for the Best User Experience 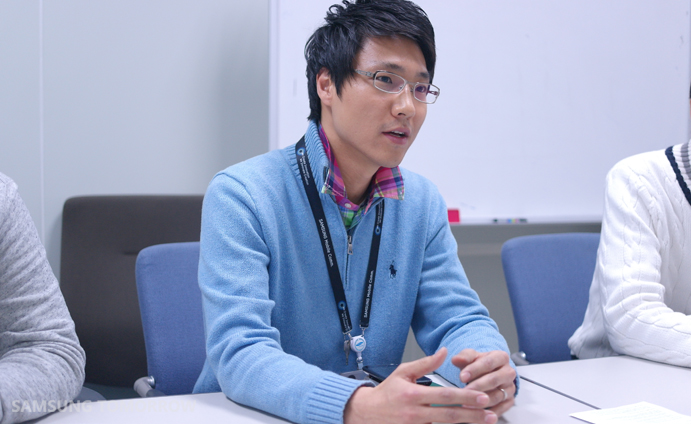 A lot people have been asking about the different release dates for different products. JiYong Oh compared the different phones to people, in that different people each have different clothing needs and sizes, and naturally, different phones have different needs that need to be tailored to.
“The first order of business is to tune the chipset for optimization to the OS. The compatibility also needs to be checked. For a stable platform a number of hardware specifications need to be met. These factors among others are thoroughly examined to ensure the best user experience.
During this process the Product Planning Team chooses the models to upgrade after careful analysis of the STP (Segmentation Targeting Positioning) and negotiations with carriers. And even after release we gauge users’ reactions and make sure the upgrade goes smoothly for everyone.

Making Sure Users’ Voices are Heard

As users react differently to even the slightest differences, the Team believes that responding quickly to the needs and demands of the users is shows both dependability as well as competitive edge.

“In hope of meeting all the hopes of the users as well as providing the best service, we were all ears for customers’ responses. We even went through a lot of blogs and online forums, trying our best to gauge the users’ desires and reflect them in the development.

When planning an upgrade, the focus is usually on performance, speed and the voice of the customers (VOC). As the specifications improve, battery life, conversion speeds, internet speed, touch response time etc need to be analyzed, verified and stabilized. It’s all about the user experience.”

All New Functions for All

The focus of upgrades is said to be customer satisfaction more than anything else. Let’s see which features in with which the Product Planning Team hopes to capture the hearts and minds of the users. 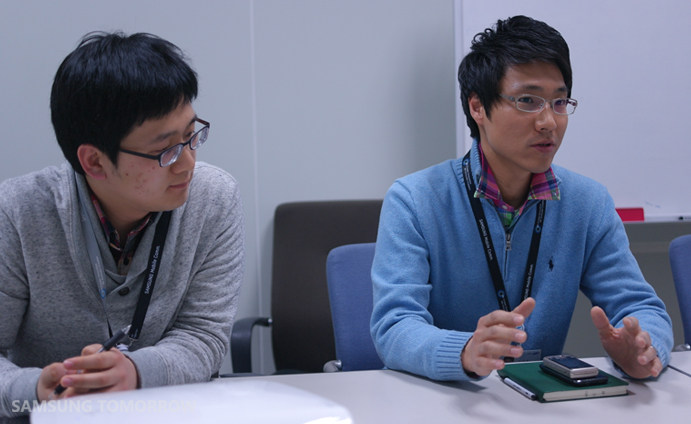 In charge of the GALAXY S II ICS upgrade, JiYong Oh says applying the Samsung UI was the main feature of this upgrade.

A few functions have been added. In addition to Face Unlock, Snapshot, Image Editor, a data usage monitoring application has been added as well for efficient data usage management. Also ‘Android Beam’ was added, for convenient sharing of web pages, applications, contacts, etc through NFC.

bada getting smarter and smarter

HyeonSoo Kim, in charge of the bada 2.0 upgrade, said this upgrade was a transformation from a feature phone to a full-blown smartphone.
“One could say that phones with the bada 1.2 OS was closer to a feature phone than a smartphone. Some customers after receiving the upgrade have said it was like using a whole new phone.”
There are also other new functions with the bada OS upgrade.  With ‘Live Panel’ you can receive updates on the weather, news, stocks, etc and you can now create folders and use the ‘dynamic folder’ function. Also the ‘Shortcut’ function lets you access your favorite apps instantly. 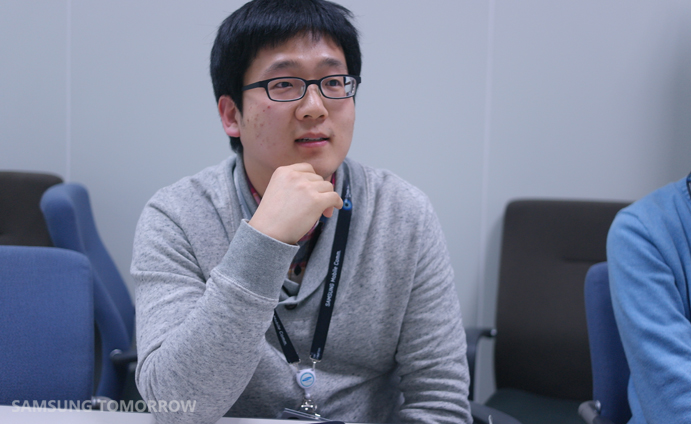 Arming the GALAXY S with the latest features

SangHyuck Nam, in charge of the GALAXY S firmware upgrade, says he is confident that GALAXY S users will be more satisfied with the upgrade than users of other models.

“In terms of the firmware, five additional functions were added. We expect people will be happy with the upgrade since we tried to make the functions as similar to those found in ICS as possible.”

Included in the firmware upgrade is the ‘Face Unlock’ feature found in the ICS upgrade. In response to security issues raised regarding Face Unlock, Samsung incorporated blinking for added security. Also included is ‘Photo Editor’, ‘Beta Font’ function for font size control, and ‘Snapshot’ which allows you to take photos while recording video.

Finally the one of the biggest new features of the upgrade is the ‘S Go Launcher Pro’. With this feature users can change the main screen and the icons, for a personalized smartphone.

For those waiting for the upgrade, you don’t need to worry because the ICS upgrade will be arriving successively for the GALAXY Note, GALAXY SII LTE, GALAXY S 2 HD LTE. Korean users can now receive Gingerbread firmware upgrades for GALAXY S, K and U, and it’s coming to GALAXY Tab (7”) S/K/U, GALAXY S Hoppin, GALAXY M Style soon. 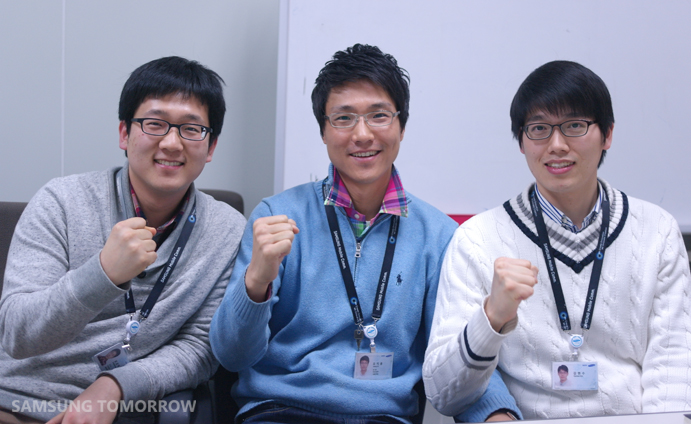 Even through the grueling development process, the Product Planning Team made it through looking forward to the positive response of the users.