It was just over a hundred years ago that the first modern air-conditioning system launched an industry that would fundamentally improve the way we live, work and play. Yet, despite modern technological advances, controlling the indoor environment has remained one of mankind’s most elusive obstacles. Samsung Electronics has set out to solve the challenges posed by conventional appliances with the launch of the revolutionary 360 Cassette, an innovative, bladeless system that incorporates an industry-first circular design for an even airflow and stylish aesthetic.

A New Approach to Air

When Samsung engineers decided to revolutionize existing cooling and heating technology, they looked to other industries for possible solutions. In the end, wind turbines—which enhance airflow efficiency by bringing in a sub-airflow through their blades from the outside into the main airflow—proved to be exactly what they were looking for. To adapt this principle to the 360 Cassette, Samsung added a Booster Fan, a mechanism that uses pressure to alter the direction of the airflow.

With the Booster Fan in place, engineers next had to evaluate how to fix some of the more common pain points of conventional 4-way cassette systems, including a way to eliminate direct airflow. So, to ensure a more even airflow, Samsung opted to remove traditional blades altogether from the device. When integrated with an all-new circular shape, a complete contrast to the traditional mounted square, the result was a triumphant one.

The final product—a bladeless, circular mounted cassette equipped with a Booster Fan—ensured three factors that would contribute to a device that would surely set a new standard in heating and cooling. First, there would be no cold drafts, but rather a cool and comfortable airflow resembling that of natural wind. Next, airflow would ensure even, fast cooling and heating. Finally, the natural curves of the design would make it stylishly appropriate for just about any interior. 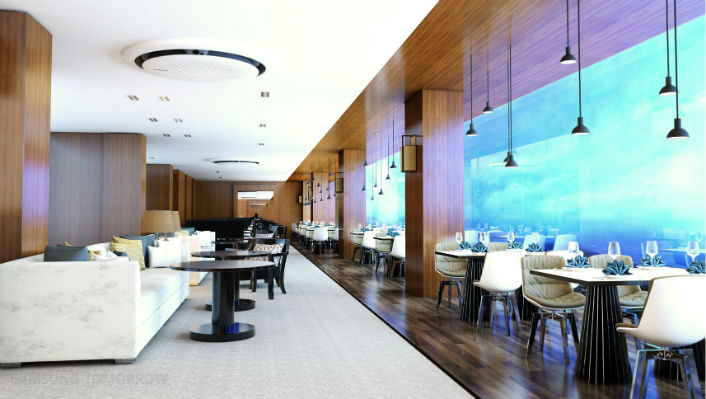 In the past, some conventional indoor air conditioning systems posed problems to interior design, a component that has a big effect on the way we interact with and perceive our surroundings. As a bladeless, circular system, the 360 Cassette blends in naturally with its surroundings while providing a stunning finishing touch.

The curved design of the 360 Cassette also complements the styles of modern architecture. As interiors increasingly become bolder and more modern, often incorporating curved lines in their designs, the 360 Cassette, which integrates smooth, natural curves, easily melds with the décor of a variety of contemporary spaces.

From a superior modern design to unsurpassed functionality, the 360 Cassette is, simply put, a powerful solution to a market that has needed revolutionizing for quite some time. It is certain that Samsung’s latest appliance will lead the way to bringing about positive change and creating a more harmonious environment in the spaces in which we live and work. 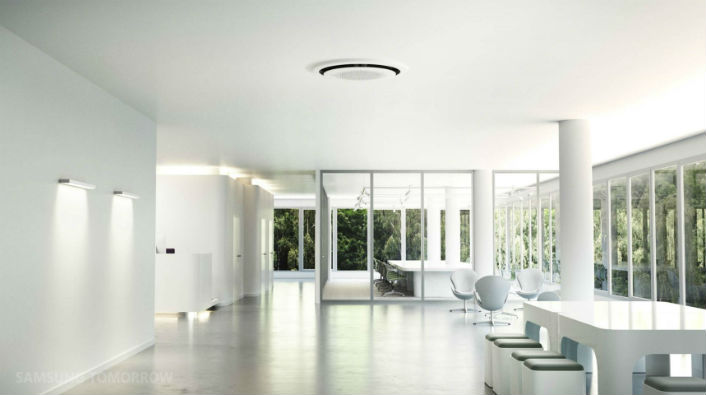