3D Technology has Taken Microchips into Another Dimension

The ever-increasing demands of today’s electronic devices require smarter, faster semiconductors that use less energy. However, the advancements have been largely based on conventional chip designs, of which their two dimensional configurations are quickly approaching physical limits.

The industry’s solution to the dilemma was to adopt three dimensional concepts to semiconductor structures at several different stages of the engineering process, hence ‘3D semiconductor technologies.’

Here are some of the key ‘3D technologies’ that Samsung has introduced to the semiconductor industry, and how they tackled important technical challenges in meeting the market requirements.

Samsung made this cutting-edge technology available at the end of 2014 which has enhanced hardware design and performance in today’s premium mobile devices. 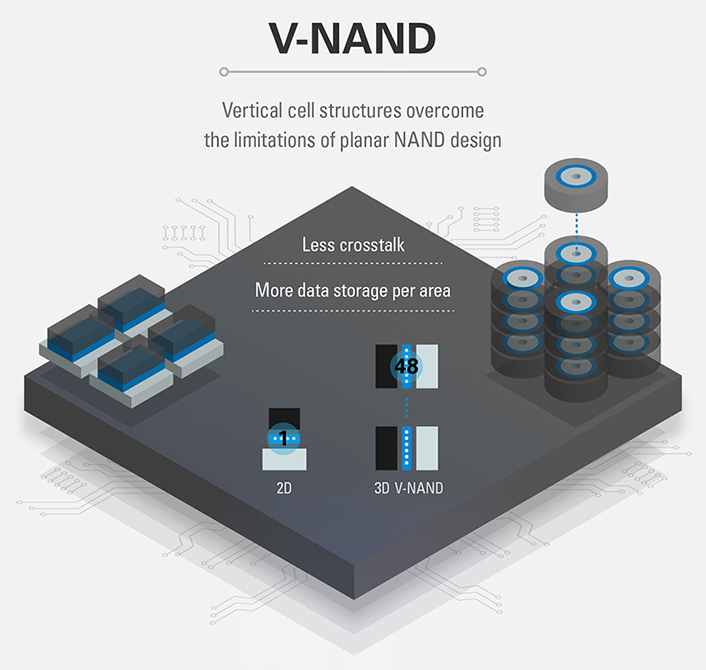 TSV (Through Silicon Via)

Instead of the traditional method of connecting the stacked dies externally with gold wire, we are now able to pierce hundreds of fine holes through the dies and then vertically connect them through the holes, allowing faster data processing with less power consumed. This technology is called 3D Through Silicon Via, or TSV.